I love meat. No. I can't imagine my life without eating meat. I want to apologize to all the vegetarians in the community right away - but we all are human beings and have to respect each other. So here I am - an incorrigible meat swain. My role model was Joey Tribbiani from F.R.I.E.N.D.S. series. I can handle the whole Thanksgiving turkey by myself.

So, long story short, I was going to make simple steaks (but slice the meat nicely and thin). But after defrosting my piece if pork, I left the building for a few hours so it got a little bad. When I came home it smelled not really fine. I went asking Google if it would be reasonable to cook it anyway. The most of the answers were "no" or even "throw it away, you cheap! you will do yourself only harm". But as I mentioned I love meat too much. So I decided to rescue it.

I decided not to use vinegar - a well known meat savior - and give a chance to other helpers. Two words: onion and garlic. I chopped two small onions and five big sized cloves of garlic and added them to sliced pork. Then I added one spoon of olive oil, some Provencal herbs, salt and pepper, some barbecue flavoring and left the meat in the refrigerator for some time.

Two hours later I took it out and fried it in a pan. The scent was awesome and the bad smell was absolutely gone. Then I tasted it - and it was totally delicious! So, my advise to y'all would be - don't be afraid and save your raw meat with the onion and garlic. It's tasty and it's also healthy.

Although remember - not every piece of meat can be rescued. Be reasonable and do not try to do that with a really old meat. You can actually harm yourself. 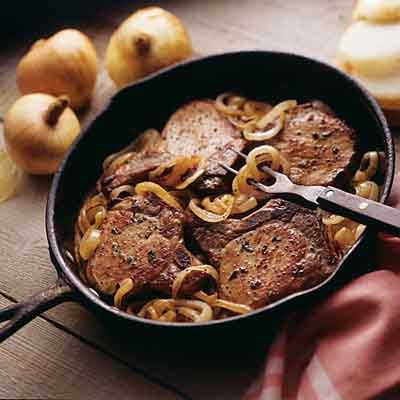 Aldi continues to limit shoppers, enforce use of 1-way aisles in all stores Canned bread is making a comeback — here's how it really tastes