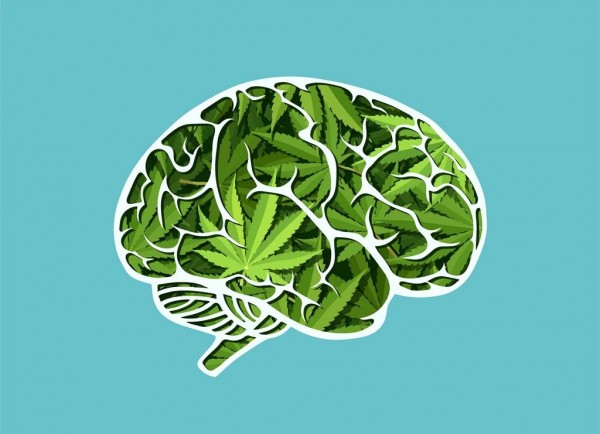 The last two decades have seen the Americans liberalize and shift their opinion regarding marijuana use rapidly. Only 24% of Americans supported the use of pot for any purpose by 1988. But by 2018, this figure had skyrocketed to a new high of 66% according to a survey done by Gallup.

As marijuana becomes more mainstream, I bet it’s time we all understood its effects on the brain, and perhaps when a THC Detox might be necessary.

It also makes it necessary to bring awareness to what you are consuming, CBD had taken the market by storm. A CBD Market Research and guide can help you with knowing the market and different CBD substances so you consume with awareness.

It can alter your perceptions of time

Anyone who has ever gotten high on weed will tell you about how it makes time either fly or slow down. The time-altering effects of cannabis have led to a whole lot of studies all with inconclusive results about what exactly happens. Several theories have been brought forward to answer the ‘why’ question, though.

Another theory suggests that weed interferes with the internal clock simply by altering the neural pathways.

Altered time perception can be an appealing experience for some and a problem to others. For instance, when carrying out a certain task, you might feel that you’ve achieved a lot within a short time. Or, a fun conversation with peers and friends may seem to last for hours. On the other hand, altered time perceptions could be dangerous, for instance, when driving or operating a mechanical tool where accuracy in time and speed is vital.

It can cause panic attacks

It’s no longer a secret that cannabis can cause panic attacks. These are sudden episodes of intense anxiety and fear, usually based on a perceived threat. These episodes come with several symptoms, including palpitations, sweating, and accelerated heart rate, shaking, and trembling.

How does weed cause panic attacks?

Well, no research has been conducted exclusively on weed-related panic attacks. But some scientific suggestions and speculations suggest that panicking after a HIGH is caused by the way THC interacts with the amygdala.

The amygdala is a set of neurons that is tasked with the key role of processing emotions. These include detecting fear and getting ready for emergency events.

Notably, the amygdala has the most receptors in the brain. So, it’s not surprising that most of the THC ends up there.

These panic attacks are also common among first-time weed users. Some speculative theories suggest that this is because of the sudden and unusual alterations in brain communication.

It can lead to an IQ drop among teens

A very popular longitudinal study carried out in New Zealand had a frightening conclusion: starting weed during adolescence leads to a loss of 6-8 IQ points by mid-adulthood. In addition, this study found out that teenagers who quit smoking weed during adulthood did not recover the lost IQ points. There was no decline in IQ among individuals who started using marijuana as adults, though.

This study suggests that marijuana has a very strong and long-term impact on the young brain that is still busy forming connections and maturing in different fronts.

The results of this study have been a hot debate. Recent research studies seem to disapprove its findings and suggest that the decline in IQ points is more likely to have been caused by shared familial factors, including family environment and genes. But it’s good to keep in mind that most of the recent studies aren’t as long as the New Zealand study.

It can increase stress and anxiety level

Close to 40% of weed users say that it helps them relax. Lots of scientific studies done around this issue shows that this may be true. However, researchers have also found out that heavy use of weed can lead an individual to a near nervous breakdown by increasing his/her stress to horrible levels.

Basically, weed is a 2-edged sword when it comes to dealing with stress and anxiety. A team of Chicago researchers set out to investigate the effects of different doses of weed on 42 healthy volunteers.

The participants were then subjected to two 4-hour sessions spread across five days. These activities involved preparing for a mock job interview, taking a 5-minute interview, and solving a challenging mathematical test.

The participants were asked to rate their stress levels before, during, and after the tasks. Their cortisol levels, heart rate, and blood pressure levels were taken regularly during the test.

The results showed that the low-dose group had lower levels of stress than the placebo group. On the other hand, the high-dose group showed a more negative mood and higher stress levels during and after the tests.

The cannabinoids in weed work in the brain by altering its normal functions. While this is what potheads feel as a HIGH, there are several other negative mental effects, including short-term memory loss.

Although the problem in recalling certain information after consuming weed is only short-term, some research also suggests that heavy and regular use may lead to permanent short-term memory.

Increases the risk of developing depression

Researchers are busy looking into the possibility of using marijuana to treat depression. Preliminary experiments show that cannabis can restore normal endocannabinoid system and thereby help in relieving depression symptoms.

Experts, however, say that the relationship between marijuana and depression is complex and requires more investigation.

While most people struggling with depression say that weed helps a great deal, a popular study by researchers from McGill University, the University of Oxford, and Rutgers University shows that individuals who start using weed in their adolescence have a 37% risk of being depressed in their early years of adulthood than non-smokers.

Can lead to addiction

As more states continue to legalize marijuana for medical or recreational use, one question that most people ask is, ‘’can I be addicted to weed?’’

Well, experts agree that it’s quite hard to get addicted to cannabis. But they also say that it’s not impossible, especially if you are a regular and heavy user.

In fact, the National Institute on Drug Abuse says that 1 in every seven weed users will develop a marijuana use disorder. The agency says that there is an increase in weed addiction probably due to the rise in strain potency. It says that while confiscated marijuana samples in the 90s had a potency of roughly 3.8%, samples obtained in 2014 had a 12.2% potency. 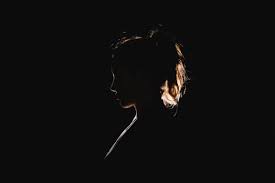 I am a globally recognized surgeon, writer, and public health leader. I like to write mostly on Orthopedic, Osteoarthritis and Health.

As a parent, do you feel stretched too thin? So many parents are struggling with the pressure of fee…
Share your story