Published by Brandy Brunson on November 9, 2017 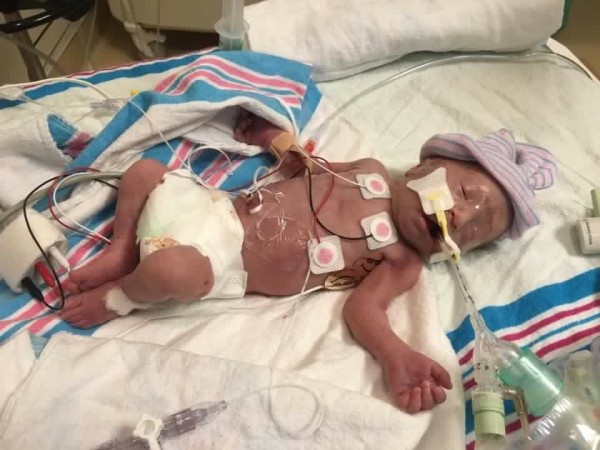 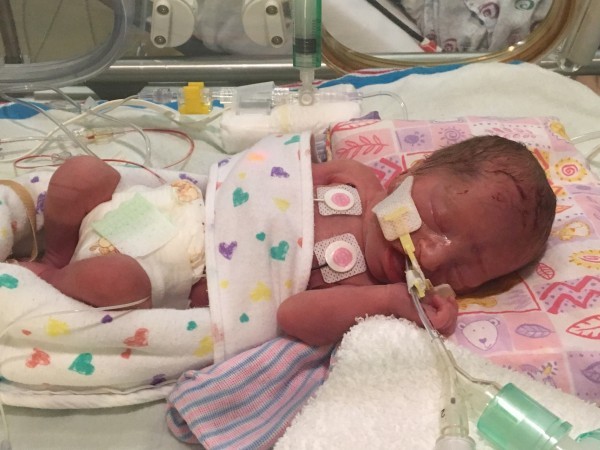 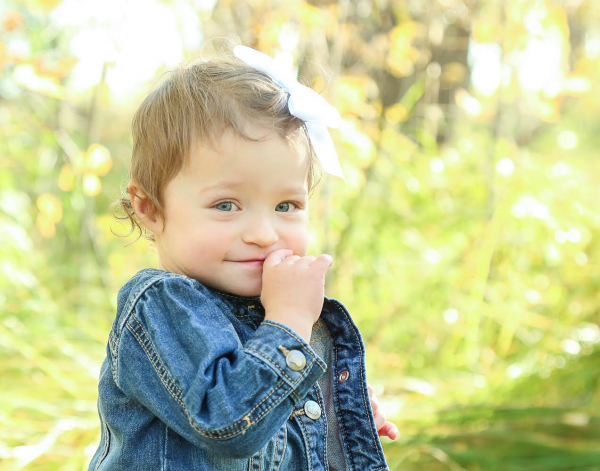 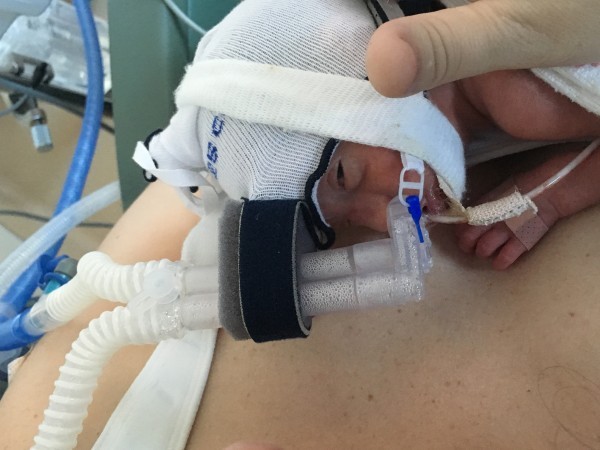 My story started when I was 15 weeks pregnant when my water broke with one of my twins. I was told I could abort but chose to fight. I was on home bedrest until I was 24 weeks. I was then but on Hospital bed rest until I delivered. During that time I also developed a pulmonary embolism. I delivered our identical twin girls Feb 1 2016 at 30 weeks pregnant. They were also considered IUGR. Hailey was born 2 pounds 5 oz. Halle was 2 lbs and 10oz. Hailey was the twin whose water broke. She unfortunalty passed away 12 hours after birth. We had to stay strong for our other fighter. While planning a funeral for one child and staying strong for another it was so hard. We stayed in Denver for 3 weeks until she was stable enough to transfer closer to home. She developed horrible acid reflux and would never take a bottle. In May 2016 we had to have her transferred back to Denver to a Childrens Hospital to have Gtube surgery. 100 Days on the dot she was able to come home. She is now almost a thriving 2 year old. She still eats from her gtube but we are making progress. Nobody tells you when you leave the nicu now scary it is. The depression you develop the ptsd you get. The nicu nurses are truly heroes. I can never repay them for what the did for us. The top picture is Halle and the second one is our sweet baby Hailey. The third is the first time I got to hold her. Last one is what she looks like today.