4 Fun Things to Do with the Kids in Austin, Texas

Published by MellisaKellam on February 12, 2018

As the capital of Texas, there is always something to do and see, but mostly for adults. Even so, there are a ton of places to go with kids, so whether you are on vacation or have recently moved here from out of state, Austin is one city with much to offer the little people. Perhaps you’ve recently found a home in the suburbs like Liberty Hill, where family living is a major draw, but you aren’t familiar with family-friendly activities in the city. Here are just four fun things to do with the kids in Austin, which will give you a pretty good idea of just how important families are to the locals. 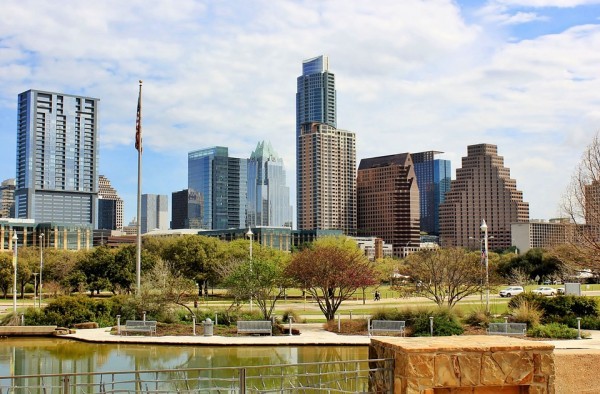 Unlike so many zoos around the nation, the Austin Zoo and Animal Sanctuary hold mainly those animals that were rescued from homes and other places but are not really suitable for other types of zoos and wildlife refuges. Kids can pet goats and then see the zoo’s top attractions, which include a Galapagos tortoise and a real black panther. Although they won’t get to pet the fearsome cat, they will love watching it lounge about after seeing some smaller, and much friendlier animals.

Museums are in literally every big city, but this one is different. It provides a hands-on experience where kids learn while enjoying activities like getting wet learning about fluid dynamics. The Currents exhibit even lets them play with fountains and water walls, but they can also explore their creative side in the Inventor’s workshop. This is one family adventure which even mom and dad will enjoy.

All aboard! How does a 30-minute ride through Zilker Park sound to you? Take the miniature train with your kids, an open-air train that is, and see animals like dogs, cats, and more than an occasional squirrel as you circle the park. The duck pond is also a favorite, so don’t forget to point them out as you make your pass.

Who isn’t up for a game or two of miniature golf with the kids? This is something that every kid loves and if dad is missing his weekend tee at the club, he can get a put or two in as well! Peter Pan Mini Golf has been around for almost a quarter of a century, so not only is it a fun place to go but also a piece of Austin’s history.

As far as family-friendly cities and suburbs go, Austin is considered to be one of the best locations in the country. From family-friendly suburbs to family-friendly shops and activities, you won’t be disappointed when looking for something to do and see with the entire family. Hike through Barton Creek Greenbelt or spend an afternoon in Austin Nature and Science Center. With so much to see and do, the kids can keep you busy every weekend of the year – and that’s not an exaggeration!

Gradiated economic university. I have two kids and I am also passionate about blogging . Love to travel with my family.

Top 5 Fun Activities to Enjoy with Your Kids
The 5 Best Cities to Raise a Family (Definitely Consider Austin!)
5 Summer Activities for Kids That Won't Break the Bank
advertisement

Top 5 Fun Activities to Enjoy with Your Kids
The 5 Best Cities to Raise a Family (Definitely Consider Austin!)
5 Summer Activities for Kids That Won't Break the Bank