7 lies I believed that kept me from friendship

Published by WonderoakBlog on January 4, 2019

There are very few things in life I'm interested in doing alone. One of them is probably showering (I do not want to share my hot water), and the other one is pooping, but even then we can still text. In fact, my most profound and witty texts are brought to you by my toilet seat.

What I know for sure is that there's no way in hell that I want to do motherhood alone. That's a great way for me to go completely nutso. I can either cope with a latte and a heart to heart conversation, or 400 new throw pillows from Amazon, and one can only own so many throw pillows (or so my husband says).

I now have a handful of sisters/friends that hold my heart and I hold theirs. I don't have to put on a bra or wipe the counter before they come over. I invite them into my mess and text them for emergency drinks. They are so so precious to me. I haven't always had friends like these. I have had intense periods of loneliness and the ache is distant now, but still familiar. It's those periods of loneliness that make me cherish these friendships I have now. 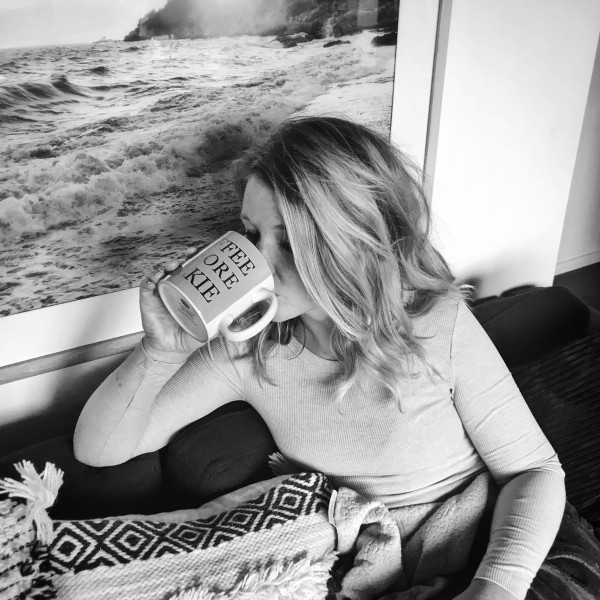 I struggled with friendship growing up. We moved a lot so I had a hard time feeling like I ever truly "belonged". When I became a mom, the loneliness intensified and hung over me like a thick cloud. The friends I had moved away and there I was sitting in a tiny house with scratchy carpet and an infant who didn't do anything but sleep and make my nipples bleed. I remember bawling one night to my husband (probably terrifying him with my gut wrenching sobs),"I'm just so so lonely," I cried.

Since then I have pursued friendship, because for me it's one of the most valuable parts of life. Along the way I realized there were so many lies I was believing that kept me isolated.

If they wanted to be my friend they would pursue me. I assumed that if someone liked me they'd ask me to do something. This is a big fat false. People are busy, overwhelmed, and just as intimidated by new friendships as I am. Motherhood is a vortex of diapers, dinner, and bad smells. It takes a lot of work to pursue new friendships. I found that in order to find my people, I had to step out of my comfort zone and be the one to ask them to coffee or to meet at the park.

Friendship just "happens". I expected friendship to just magically appear in my life without putting in the work. This is a big nope. The thing is that anything that is valuable is WORTH the investment. Yes, it's hard work and uncomfortable at first...but I can honestly say that few things in life are more precious or worth it. You don't have to be a "super" friend, but you do have to be a good friend to get good friends.

My flaws make me less "friend-able". "In order to make new friends I need to lose 10 pounds." "Before I have those people over I need to be less of a hot mess." These are real thoughts that I have thought. They look ridiculous written out, but they were true for me. The idea that my flaws make me less friend-able is maybe the biggest lie of all. Listen: NO ONE (and I mean NO ONE) wants a "perfect" person to be their friend. GAG ME. I will take my friends with lots of flaws, love handles, and spiderwebs above their refrigerators. The point is to find people you can be REAL with; you have to be real anyway. People LOVE people who are REAL; that is the truth.

Everyone has a tribe except me. I really thought that everyone was happily friended and I was just an outsider looking through the glass at what I could see, but couldn't touch. This was SUCH a lie. The more I've learned about friendship the more I have discovered that loneliness is a freaking epidemic. Fortune magazine reported that nearly half of Americans feel lonely. There are lonely people everywhere, and chances are they would love to be friends with you.

I have to stick with the friendships I already have. This is a hard one and it definitely isn't intended to hurt anyone's feelings, but I think it's important. If the relationships in your life aren't filling that friendship need, it's okay to stop investing so much into them. For example if your friends don't pursue you back or if your conversations never go beyond a surface level. Listen, pursuing new relationships isn't mean or disloyal, it's healthy.

My friends need to be like this "_________". I had a certain picture of what my friends would look like and I learned I needed to broaden my horizons. Some of my closest friends are SO different than me and I treasure them for it. Sometimes the best of friends come from the most unlikely places.

There's something wrong with me because I don't have close friends. I remember feeling shame around my lack of friendships. Was there just something wrong with me? Did I have some big flaw I didn't know about? NO, just NOPE. Listen to me, there is NOTHING wrong with you! Loneliness is a human struggle and I doubt that anyone has lived life untouched by it. If you are hitting a dead end it's time to try something new, not to give up.

My friend you are worthy exactly how you are.

Don't doubt yourself, the sisterhood is big enough for all of us.

Jess is mom to four wild kids. She is a contributor for the Huffington Post and Motherly and writes about the craziness of child raising on wonderoak.com.

5 Qualities To Look For In A Close Friend
The Social Friendship
What? You too?
advertisement

5 Qualities To Look For In A Close Friend
The Social Friendship
What? You too?