A Love Letter To My 'First Born'

Before my life became what it is today, before I had a hip replacement at 44, had a baby at 43 and spent the better part of nine months on bed rest; before I shockingly, unexpectedly and spontaneously became pregnant, before my mother's breast cancer diagnosis; before I went to Costa Rica, Paris, London, Italy, and some of those places all over again; before our youngest four legger Frankie and middle pooch Ernie came on the scene, before we lost our older four legged boys Buzz and Santo; before we decided to become a sponsor family for Midshipmen at the United States Naval Academy, leading to involvement in a community grooming the best and brightest of our country's future; before my parents sold the house I grew up in and then became our roommates; before we reluctantly (and then gratefully) moved to Annapolis, before I moved to Maryland at all when pledging never to leave Virginia; before two horribly failed IVF treatments then being told I had no eggs left; before my brother stopped talking to me, and then seven years later thankfully emerged; before we were married in my most happiest place on earth known as Key West; before I wore down my then-boyfriend for the engagement ring I knew was somewhere in the house; before I fell asleep on my first date with my then-boyfriend, before I met my then-boyfriend, now-husband all together; before I almost gave up on dating but figured I'd give it one last try with the cute, Seth Rogan doppelgänger; before I questioned my happiness, choices and purpose more than I should have; shortly before I quickly realized that a puppy was harder work than I had anticipated....there was Senator, by my side for all of this.

For the last ten years, since he was eight weeks old, Senator, the golden retriever has seen me at my worst, at my best and all shades in between. He has been my true companion when I was alone, my walking buddy, my snuggle buddy, my swimming buddy and my couch buddy. He shares my dislike for celery, is acutely aware when I'm upset or angry, knows how to sucker me for another bite, loves to be dried off with a towel, even when not wet, has let me put him in countless Halloween costumes and Christmas attire, been on road trips, dug ankle-breaking holes on the beach, swam too far in creeks and oceans that required a few rescues, survived surgeries that didn't initially look good, adapted to the addition of fur brothers both older and younger, and finally a human baby brother whose whole body he loves to lick, and side he loves to lay by.

Why was he named Senator, you ask? Well, living in the DC-metro area at the time, where everyone is either directly or indirectly working in politics, (myself included), I thought it would be hilarious to yell "Senator!" at a dog park and see how many heads turned. And boy did they. It never got old, and I never stopped giggling.

Someone once said, "I'm suspicious of people who don't like dogs, but I trust a dog when it doesn't like a person." I don't think there's a person Senator has met whom he hasn't loved. But if ever a person were to come along, I would trust his instincts implicitly. Senator has taught me empathy, kindness, love and patience unlike any human ever could. If he's judged me at all, he's never let on. He is my first born, my sweet man, and will always be the original love of my life. 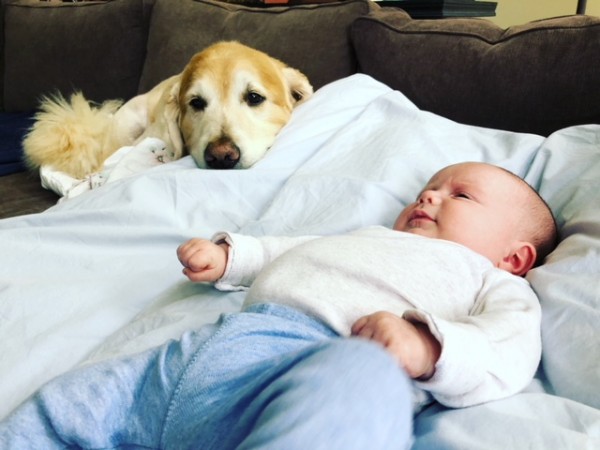 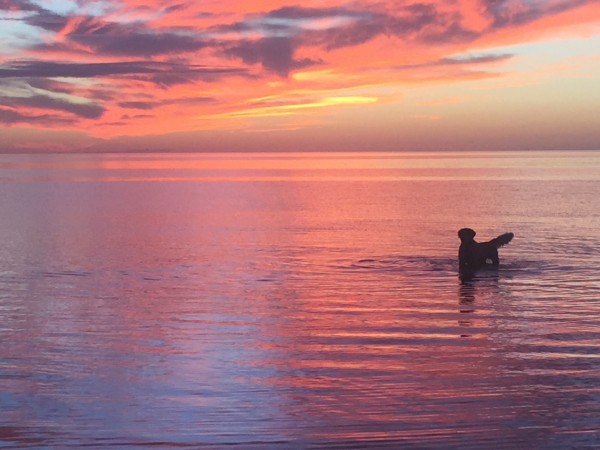 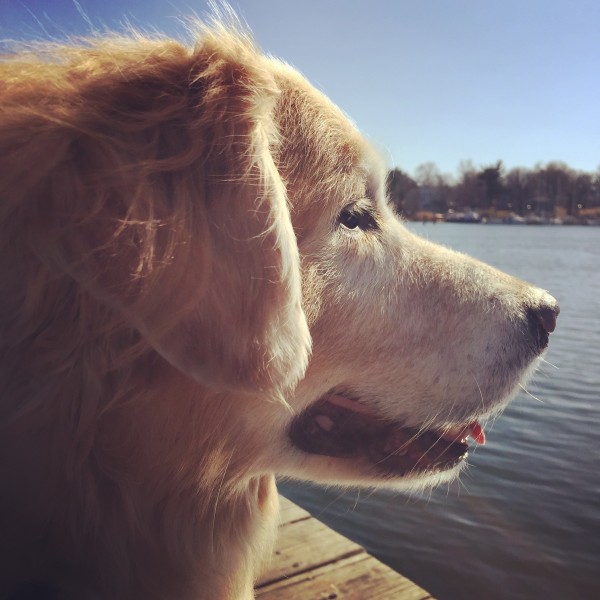 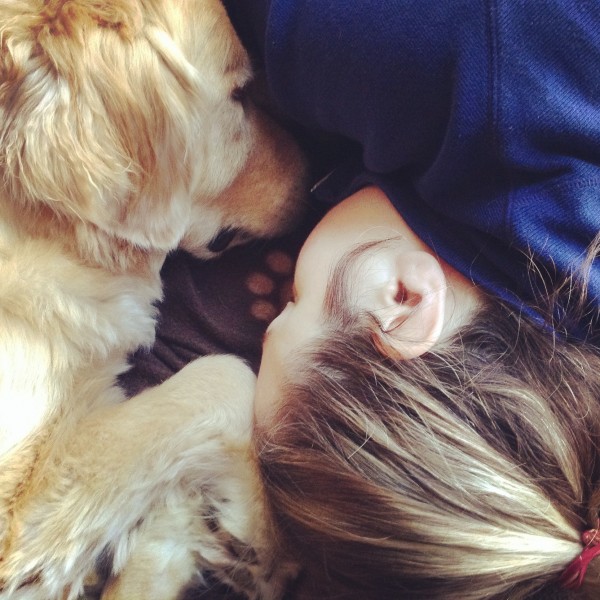 Taking care of his Mama recovering from surgery, 2016 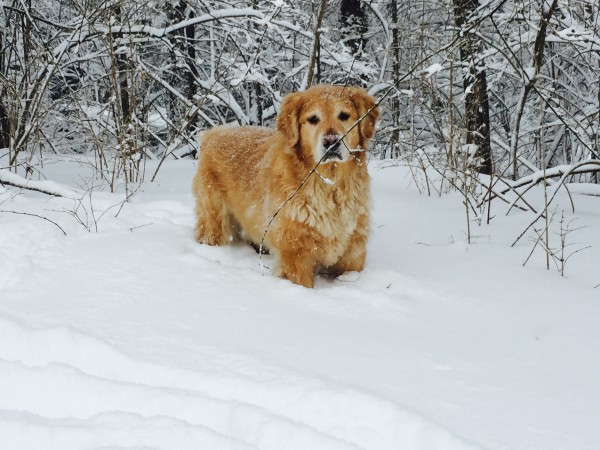 Aimee Lubin is a political affairs professional by day, a writer by night, a Philly native by birth, and a mom by miraculous chance. She counts the Florida Keys, good bath products, and vanilla coffee creamer as things she can't live without. A Philly native, she lives in Annapolis, MD with her husband, son, parents and two extra large retriever lap dogs. If she goes missing, she's probably hiding behind a charcoal face mask, listening to a true crime podcast. Always count on her to bring the napkins to a school party. You can follow her on Instagram @aimee_in_annapolis and www.aimeelubin.com