A Mother’s Fight, and a Stranger’s Ultimate Gift

A Mother’s Fight, and a Stranger’s Ultimate Gift

When you meet Amy Steeves the first thing you notice is her infectious smile. It’s the kind of smile that shows in her whole face, and you can’t help but reciprocate with a smile of your own. This wife and mother of two young boys may be small in stature, but she has the strength that is beyond what most of us could possibly comprehend.

In 2014 Amy was diagnosed with Angioimmunoblastic T-Cell Lymphoma, or AITL. AITL is a non-Hodgkin autoimmune type of lymphoma where the body’s immune system attacks its own cells and tissues such as red blood cells or platelets. This rare form of lymphoma is usually found in men over the age of 65. Amy was first diagnosed when her oldest son, Hudson was just 10 months old. “I got a rash when I was pregnant with Hudson, which everyone thought was a pregnancy rash. It was a lymphoma rash,” Amy recalled. After delivering her son, her health began to deteriorate. Because of the nature of this type of lymphoma, it is often misdiagnosed, which was the case with Amy. “They thought I had Lupus, so they were treating me for that.” Because of her declining health, Amy had to give up her job as a pharmacist and eventually ended up in the emergency room.

Doctors immediately knew something was seriously wrong, but it wasn’t until two weeks later at Wake Forest Baptist Medical Center in Wake Forest, NC that Amy was diagnosed. She spent five weeks in the hospital and endured six months of chemotherapy. Thankfully, the chemotherapy put Amy into full remission. At that time, because of complications Amy had during the chemotherapy, she and her team decided not to move forward with a bone marrow transplant. Bone marrow is the soft, spongy tissue inside your bones that makes blood forming cells or blood stem cells. These cells turn into blood cells including white blood cells to fight infection, red blood cells to carry oxygen, and platelets to control bleeding. “The original plan was to go forward with a bone marrow transplant, but during chemotherapy I had heart failure, kidney failure, pneumonia and sepsis. We also knew that if I went forward with a bone marrow transplant that we wouldn’t be able to have any more children, so since I was doing well we decided to move forward,” Amy said.

All seemed well for a while. Amy and her husband Cody went on to have another son, Sawyer, and things were good. Then in 2018 when Sawyer was just 7 months old, Amy developed another rash. Thinking she just needed to see a dermatologist, she once again went to Duke where they insisted she have additional testing, which at the time, she didn’t think was necessary. It turned out that her lymph nodes were swollen and doctors told her that her cancer was back. “Then we talked about bone marrow transplant because the chemo by itself clearly didn’t work.” She underwent additional chemotherapy to get things under control and decided to move forward with an Autologous bone marrow transplant. This type of transplant used Amy’s own blood forming cells, rather than those from a donor. This type of transplant can be easier, and has less risks associated with it.

Amy spent three weeks in the hospital during her transplant. Because her immune system was completely wiped out, she wasn’t allowed any visitors under the age of six, which meant she was unable to see her children in person during this time. “I would facetime with them throughout the day and read bedtime stories to them. I also recorded bedtime stories for them to have at home.” During this time, Amy’s husband Cody, a pharmacist on a blood cancer team, took time off of work to care for their boys and visit Amy as often as possible. Amy’s parents also jumped in and helped care for the boys, and Amy’s dad was her “hospital buddy.” “He would binge watching everything with me, from Say Yes To The Dress or 90 Day Fiancé. He would also tell the nurses when I wasn’t eating, and just looked out for me,” she said.

After Amy’s bone marrow transplant in 2018, her scans came back clear and things once again seemed to be headed in the right direction, that is until just a few months ago. Amy once again noticed a rash. The biopsy of the rash showed lymphoma once again. “I had what they call an undetectable cancer load. Meaning a few cancer cells must have been hanging around, and my immune system just can’t recognize that as something that they should kill,” she said. After undergoing skin radiation, they decided to move forward with another bone marrow transplant, but when doctors checked the bone marrow registry in February 2018, there were no matches available for Amy. It was time to turn to her family. “I have three siblings and none of them were full matches. My brother was a half a match,” she said. “There are only certain hospitals that will do a half match transplant because it is an up and coming treatment.”

With the half match as Amy’s best option, she and her family and team of doctors decided to move forward. In November, Amy and her dad went to what they thought was an appointment to discuss options and how to move forward with the half transplant. Little did they know that this one appointment would change everything. “They told me that they decided to run my information through the registry again, and they found a match,” she said, again with that infectious smile brightening the room. Just to put it into perspective, in the time between February and November 2018, Amy went from having zero matches to having a match, but not just any match, a 10 out of 10 match. “We actually found out recently that the donor is international. They will donate wherever they are, freeze the stem cells and fly them to me and will do the transplant the same day,” Amy said.

There are many myths and fears about becoming a bone marrow donor. Many people have images of giant needles used to extract the marrow directly from a hip bone. While this used to be the method to donate, that is no longer the case. Now it is as simple as donating blood. If someone decides to donate, a simple cheek swab is all that is needed for the preliminary matching. If they are paired with a patient, there are additional, non-invasive tests that are performed to make sure the donor is able to move forward. Once that is complete, the donor takes a series of five injections in order to increase the number of blood-forming cells in the bloodstream. Then the day of donation, the donor blood is extracted in one arm, and passes through a machine that separates the blood forming cells, and the remaining blood is put back through the other arm. There is little to no down time with this method of donation.

Once Amy’s transplant is complete, she will surely want to thank her mystery angel who selflessly gave to save her life, but she will have to wait at least two years to thank this person one on one. “I can write an anonymous thank you note before the transplant, then after two years, if we both agree, our information will be released,” she said. During the transplant process, Amy will have to spend 3 months away from her family because her immune system will be completely wiped out. She will need to be no more than 10 minutes from the hospital in order to receive daily testing and blood transfusions. Amy and her mom will be staying in an apartment near Duke before she can come home.

Amy has nothing but praise and gratitude for the doctors and nurses that have been by her side through this entire process. “I can’t say enough good things about my teams,” said. In addition to taking care of the patients, they make it a point to look after the caregivers. There are support groups for patients, caregivers and the children of patients. Not only does Amy have the support of the entire team at Duke, but she has the unwavering support of her family as well. “Cody is the strong silent type, but our boys are the light in all of this, for both of us,” Amy said.

Amy’s road to being cancer free is far from over. She will endure weeks in the hospital and months away from her family, but through it all, her faith and determination to beat this remains strong, and her smile continues to shine bright, even through the darkest clouds. If you would like information about becoming a bone marrow donor, please visit www.bethematch.org or www.dkms.org. 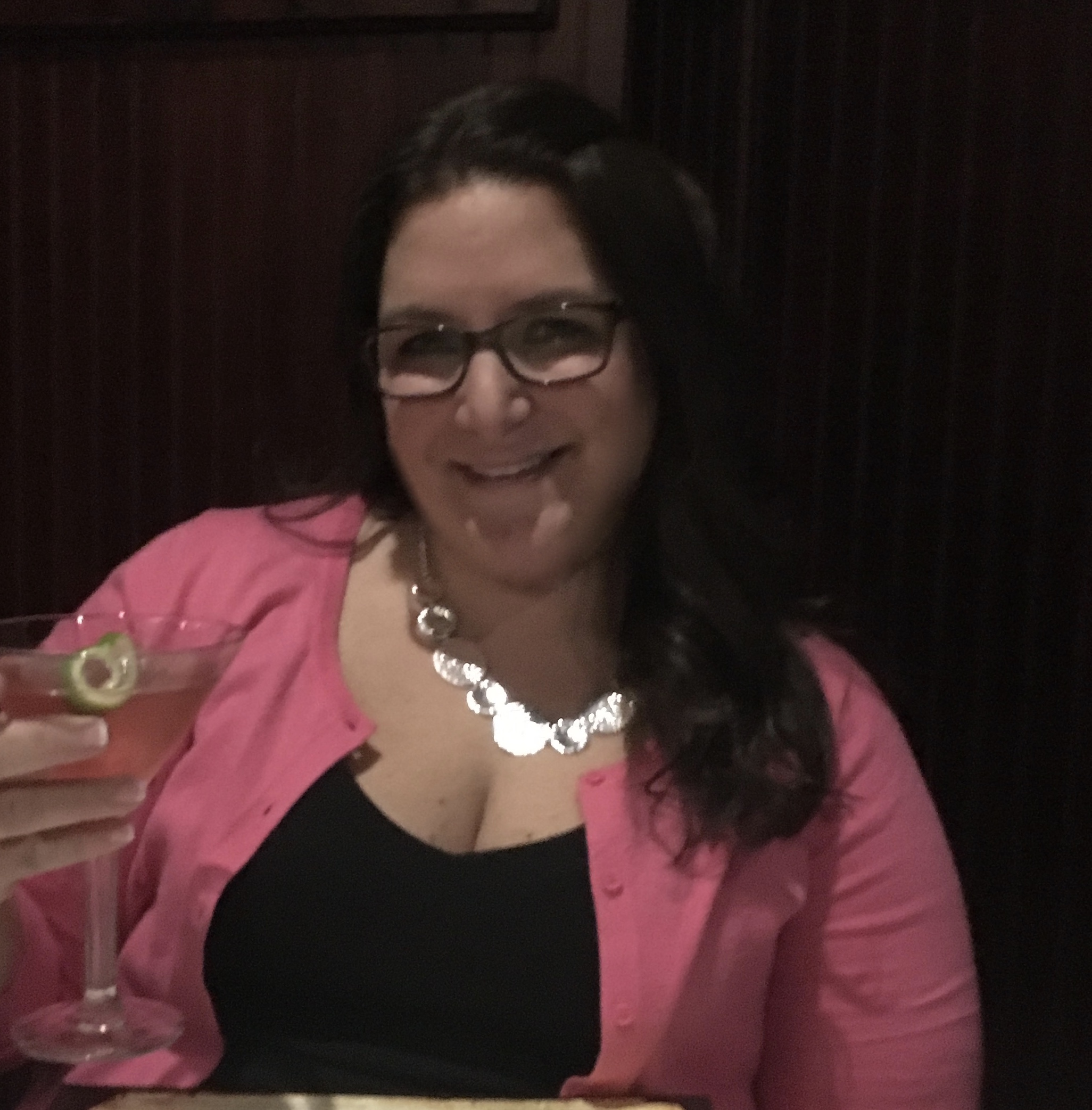 I am a wife and stay-at-home mom of two amazing boys, ages 10 and 5. Originally from Brooklyn, I've lived in North Carolina since I was 9. Some may say this makes me a "southern girl," but anyone who was born in New York will tell you that it stays with you for life! I love writing...anything! I have recently enjoyed writing about my experiences as a mom, and in particular a mom of boys!! Fun times all around!