Alone in a Crowded Park

Published by Martie Sirois on December 28, 2016

I have been sitting here at the local community park for over an hour, on this bustling, crisp, southern afternoon. I have counted at least forty-five children running, playing, shouting, and swinging. Two young girls skip right beside me, sweetly singing and holding hands. I feel the fresh air penetrate my pores in their swirling aftermath of sand and dust. A brother and sister team of around four years old are blowing loud raspberries at each other on a perpetual loop and fist-fighting. Dad looks up from his smartphone once and says, “please stop.” They don’t. He looks back down at his phone. I immediately recognize and empathize with the feeling of defeat.

I am entertained by the juxtaposition of images around me: to my right, an unattended toddler with a snotty green web of mucous encasing his nostrils, and a coach’s whistle gripped firmly between his teeth like a pacifier. He is alternating between blowing the whistle with unbelievable lung capacity, and screaming, “I not going home. I not going home.” “Where is his parent?” I think to myself, “and why is he protesting going home? I don’t see anyone trying to get in his way or stop him.” Then, to my left, a small-framed woman about mid-thirties uses her hands to support a baby papoose strapped to her chest. She is carrying a sleeping toddler, rivaling her own weight. I’m not quite sure I’ve ever seen a giant toddler in one of those things before. Usually it’s an infant. “And how in the world is this kid sleeping? Must be utterly exhausted,” I think to myself, and then I recognize and empathize with the feeling of doing whatever it takes on God’s earth to let a sleeping toddler sleep.
As I’m getting lost in these mental distractions and images, I look over and catch a glimpse of my son, and I am suddenly jarred back to reality – the reason why we’re here in the first place. My 10-year-old son wanted to enjoy a day at the park, as he frequently does. A day full of possibilities. An unfolded day full of potential new playmates, made-up games, and imaginative adventures. I see my son, decked out in hot pink Justice sweatpants, a neon hearts & emojis “girls” t-shirt, and pink & purple Twinkle Toe Sketchers. He is perched delicately atop the hard, steel yellow monkey bars, alone, watching the other kids who seemingly never have to worry with finding a playmate. The story goes the same way every time we come here, which is several times a month, and it always goes like this:
I watch my gender creative son bravely approach at least four different kids over the course of an hour, who are all about his age or maybe a bit younger, and ask them to play. Regardless of what he’s wearing, his personality can come off a little confounding, because he looks like a boy, but has the occasional voice and frequent mannerisms of a girl. He seeks out other kids who are alone and approaches with a confident, “Hi, I’m Charlie. What’s your name?” Sometimes they answer, sometimes they just walk away. If they answer, his next question is always, “Do you want to play?” Sometimes, he gets lucky. But usually not. 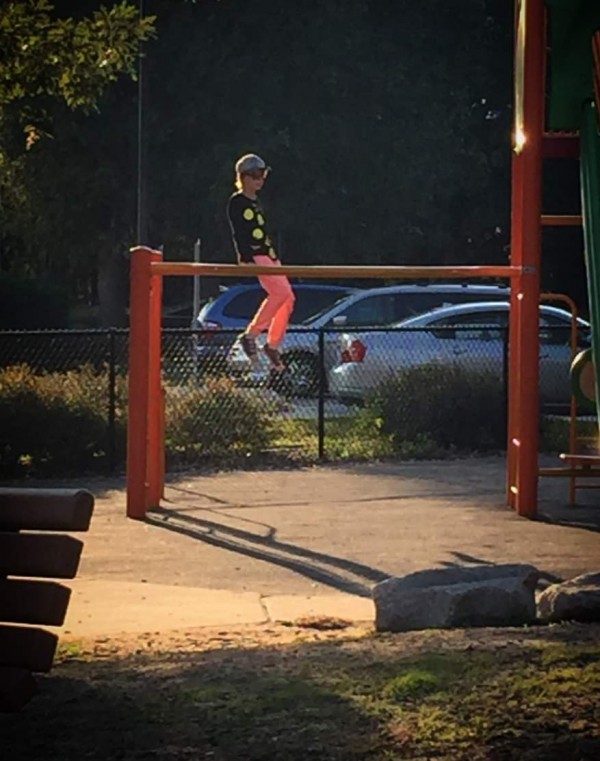 This late afternoon, I have watched him get rejected four times already. Each of these four times, the kid Charlie asked has looked him up and down, and then responded with either 1.) walking away without even the courtesy of a reply, or 2.) saying, “no” very curtly, and then walking away. Not even, “No thanks.” What has happened to basic manners? I have watched my son pick himself up each time, and play alone for a while before trying again with another kid.
Finally, after the fourth attempt, he just sort of joins in with a group of girls his age who are singing Michael Jackson’s “ABC, easy as 1-2-3,” and doing a hand jive. Charlie immerses himself into the group and blends in for a bit. I hear him giggling and contributing to the conversation a few times. I go back to my people-watching, trying to find some inspiration for the next topic I might write about. But my thoughts are once again interrupted by waves of laughter and screaming.
I jerk my head back to see the group of girls my son is hanging out with, just in time to hear one of them say, “CHARLIE? Your name is Charlie? Are you a BOY?!” They have a boisterous laugh just now, which eventually trails off into the breeze as they resume singing. But the damage is done. “Where are their parents?” I think to myself. “Why don’t they pay attention and hear how their children are treating others?” It takes all my might not to walk over there and fend for him. But I’m trying not to. He has to learn to advocate for himself. “If it happens again, though, I will intervene,” I reassure myself.
Charlie walks away and finds another group, but this time he doesn’t join in. He just sort of casually observes. I can tell that at one point those kids are saying something to him, but I can’t hear what. It looks like Charlie is not responding. He suddenly runs off pretending to be a Minecraft Wither Storm, and then loops his way back over towards me, where he whispers, “I’m having fun and all, but I just hate it when they ask the question.”
“You mean, ‘Are you a boy or a girl?'” I ask, knowing that’s exactly what he means.
“Yes,” he answers, contemplating the ground beneath his shoes.
“What did you say?” I wonder out loud, knowing full well that I just saw him not reply with anything at all. I guess it is wishful thinking on my part. I so badly want him to respond with one of the many, many answers to this question that we’ve role-played before.
He doesn’t answer me. He just keeps staring at the ground.
“You could say, ‘does it matter? I’m a kid who likes to have fun, that’s who I am,'” I suggest.
Charlie responds, “I’ve said before ‘does it matter?’ but they always say ‘yes.'” And with that, he runs off with a steely resilience, and tries to integrate himself into play mode again.
I sit here watching him, feeling my heart sink lower. With my older two (cisgender) kids, I could release them at the park and only have to glance up occasionally, just to make sure nobody was gushing blood or being abducted. I didn’t give a flying flip who they were playing with, as long as everyone was having a good time, using good judgment, and being safe.
With Charlie, though, I don’t have the luxury of relaxing like that. I find myself watching him almost the whole time. Watching the kids he approaches, holding my breath as I watch how they respond to him. Watching the looks they give him when he turns around and walks away. Watching the way they reject him, paying careful attention to hear which words they decide to use this time.
Sometimes, watching that one kid who doesn’t bat an eyelash and is nice and just plays with Charlie, no questions asked. Those are the times I look away. Not because I feel like he’s finally safe, but because if I keep watching, I will cry. I will cry because seeing that type of accepting reaction is not the norm. I want to go over to the sweet kids who naturally do that, kneel down, look them in the eye, and just say, “Thank you. Thank you for being such a beautiful human being. Don’t ever change.” But I never do, because I’d be balling by that point, and I guess that would be creepy.
It would be so nice if kids could just see a friendly, sweet kid, who looks interesting and fun to play with, without having to decipher their gender first. What would the world look like without “expected” stereotypical gender expression? What would the world look like, if after a woman has a baby, the first question is automatically, “How are the mother and baby doing?” as opposed to, “Is it a boy or a girl?” Why are we so preoccupied with such a boring, bland binary world? 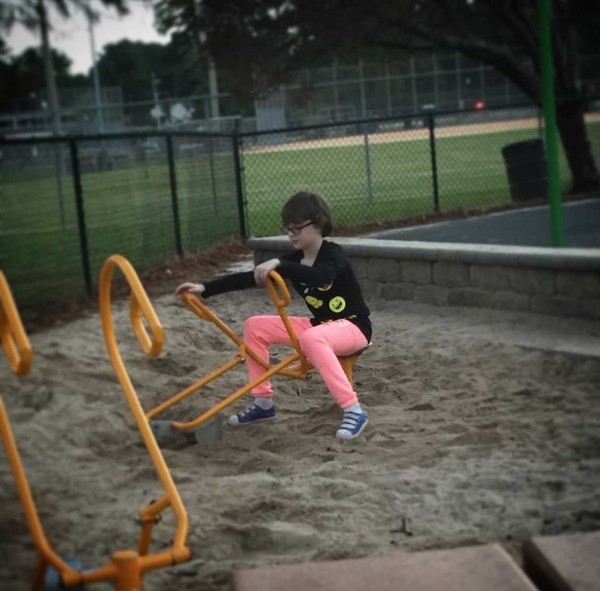 As I am thinking about this boring, bland, binary world of ours, I look over at Charlie one last time. I think about what excuse I’ll use to say that “time is up.” But this time, I look over and see that he is swinging, way up high, in perfect tandem with a little African American girl who looks about the same age. She is looking right at him, with a relaxed face and kind smile, not batting an eyelash, as they happily discuss the finer points of Minecraft one command block. Suddenly I feel warm and relaxed. I smile and exhale a long, slow, happy sigh of relief.
It’s going to be a good afternoon at the park, after all.
originally published at: www.gendercreativelife.com 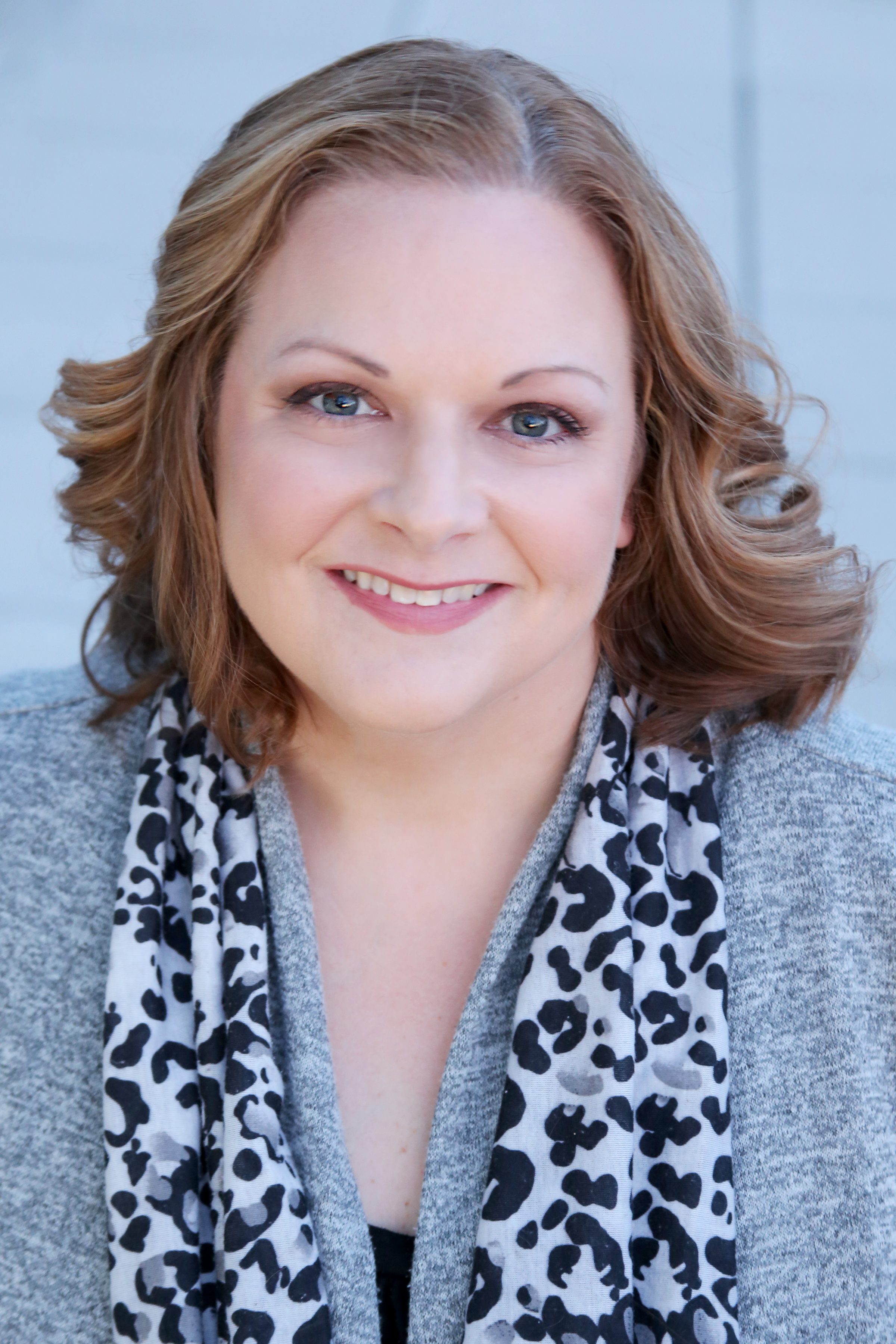 Martie Todd Sirois is an award-winning performer in both musical and non-musical theatre, an educator, and a blogger/writer/speaker about life with a gender creative child, and parenting in general. Her blog has often been featured on the front page of both The Huffington Post and The Good Men Project. Martie has also shared her writing during the Listen to Your Mother Show (RDU, 2016), and on radio on "The State of Things" with Frank Stasio on WUNC/NPR, and on "Tell Me Everything" with John Fuglesang on SiriusXM Insight. Martie is the founder of S.E.A.R.CH., (Safe Environment for the Acceptance of Rainbow CHildren), the first Gender Creative Playgroup for Kids/Parent Support Group in NC, and leads it as a program of the LGBT Center with her very supportive husband, Matt. Martie is also a Southern Advisory Council Member for the Family Equality Council, a national organization exclusively dedicated to securing justice and equality for LGBTQ parents and their children by advancing social justice for all families. Martie loves living and volunteering in her hometown, with her husband, their three beautiful children, and their two peculiar but lovable, elderly pets.