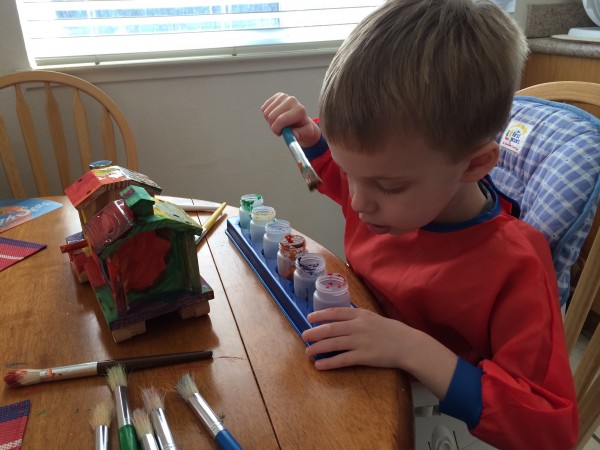 We are sitting on the floor of the living room, him on a towel, me kneeling beside him. He’s holding the Ipad, because I had a dream that it would distract him and make this easier.

I have run the clippers—clumsily, inexpertly—over his left ear and a bit of his neck. He is screaming already, and crying, and pushing my hands away.

“Mikey,” I beg, “Mikey, please, I at least have to do the other ear. It’s totally uneven!”

“No!” he yells, waving his arms. “No!” I turn off the clippers and hug him to calm him down, then attempt to snip around the other ear with scissors instead.

But he is too far gone. Even the scissors, devoid of buzzing, put him right back in a panic, and he whips his head away from me.

When he was younger, for about a year, he tolerated the kids’ haircut place. He sat in the police car-chair, or the fire truck-chair, played with the never-washed toys, watched Mickey Mouse during the cut. He hated the loud clippers and usually cried, but the girls could cut his hair in about four minutes flat, so he made it through and picked his sucker—always pink—at the end.

Then everything went downhill. Just like at home, the noise of the hairdryers scared him, and he would talk nervously about them for days before we went.

Then the tantrums started. Once, my husband took him, endured a tantrum, gave up, and brought him home. When I tried again the next week, he screamed and fought like an animal, and I couldn’t even get him in the chair. It was the only time I have ever actually done a time-out in the car—which was a massive, embarrassing failure. I finally gave up, furious and yelling—the exact mom I did not want to be.

These were our pre-diagnosis days, with the voice of the very-wrong doctor still in my ear. He’s not on the spectrum. He’s just Oppositional Defiant. You need to be more strict with him. He needs bigger consequences for his behaviors.

And there I was outside the hair salon, mortified, questioning everything. Was I just a crappy mom? Was this oppositional defiance, or was he truly scared? And how could I be so monumentally bad at this parenting thing? So confused every moment?

And deep down, I hate to say it, but I just wanted him to act normal. I had no diagnostic lens yet for his behaviors, no idea why he wasn’t like the happy kiddos inside, hair easily clipped while their moms drank Starbucks and read magazines. Those kids were not Mikey. There were no casual magazine-breaks in my future.

So, back on the towel on the living room floor, I gave up. His hair had been lopsided for months, due to all of my failed at-home cuts. But now I had the diagnosis, I understood him more, and I didn’t want to torture him further.

Autism had taken over the day, anyway: why was I fighting it? He began the morning in sobbing toilet refusal, moved on to sobbing breakfast refusal. When it was time for a playdate at the park, he fought like mad, insisting we stay home. I knew every step in getting out the door would be a new battle: the toothbrush, the clothes, the shoes, the car seat. I didn’t have it in me. I cancelled the play date.

And instead of napping he had laid in bed singing, then jumped up yelling, “You can cut my hair now, Mommy! Aren’t you proud of me?”

And I was, because even though he only made it 90 seconds into the haircut, he tried. The hardest parts of autism are the most basic things for everyone else. The simplest activities take planning and coordinating and discussing and the patience of Jove and an iron will and an unending vat of love.

And thank God for that. Thank God for this love that I hardly understand, that allows me one moment to feel so crazy, so upset—and the next moment to hug him and feel his smallness, his frailty, his gentle baby skin.

“Still itchy!” he says, scratching his neck. I wipe him with the towel, trying to get all the little hairs off.

“I love you, Doodle,” I say with a sigh, looking with resignation at his half-clipped hair.

“I love you, Doodle,” he says. We thought the relentless copy-catting was a bad habit learned at preschool, but it turns out that’s the autism, too. He climbs into my lap, looking down at Curious George on the Ipad.

“I love you so much my heart beeps!” I say, squeezing him. An inside joke. He said this to me out of the blue one day, and because it was the cutest thing on earth, it became a regular phrase.

He copies my sentence back to me, then looks up. “Mommy, you can cuddle me forever,” he says.

But right now we are on the floor, on a towel, surrounded by the remains of another failed haircut, and his skinny body is tucked into mine, and I will. I will cuddle him forever. 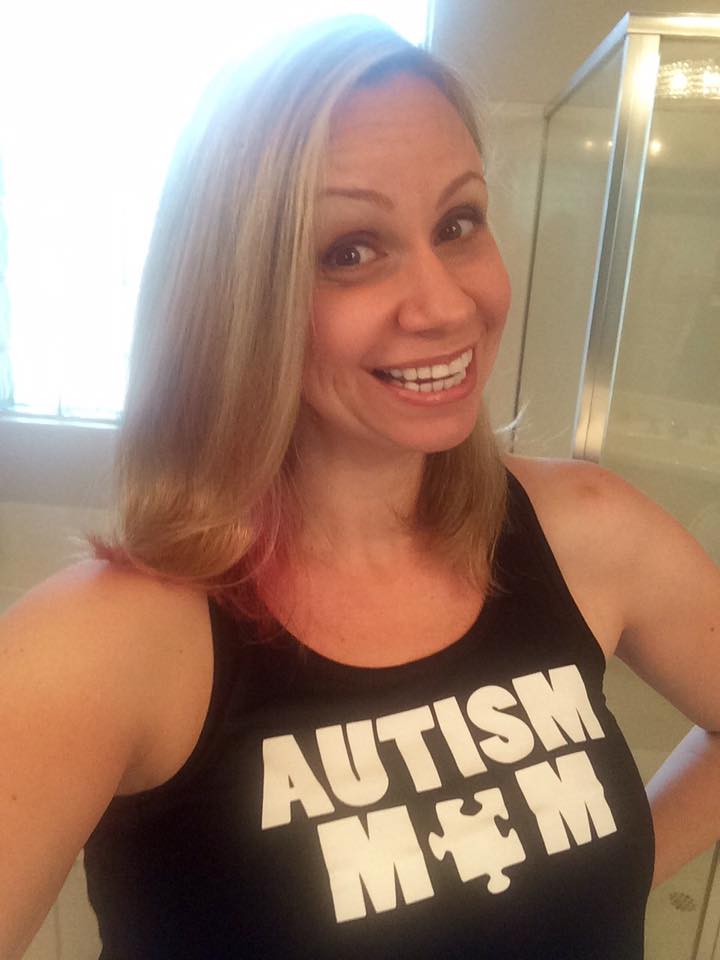 Katie Read is a writer, psychotherapist, and mother to two young children with autism. She blogs at www.childshould.com.

I Know What Causes Autism
Would I Change Him?
Adam Levine: About Your Latest Song
advertisement

I Know What Causes Autism
Would I Change Him?
Adam Levine: About Your Latest Song