Best Advice To Give A Child During Her Adolescence Period 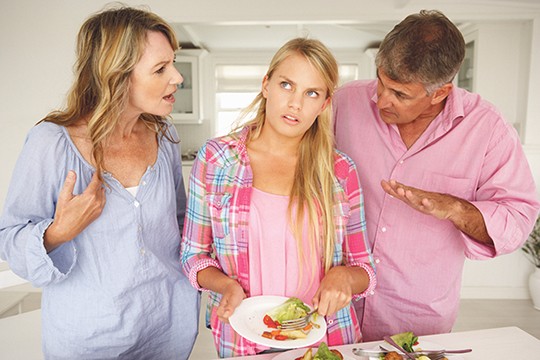 Every parent becomes proud when they their children starts moving close to adulthood, they feel lucky to know that the tiny bundle of joy they gave birth few years back is all grown up and have started planning how to make life better for themselves. The blessing of having an all grown young child will often give parent immersive happiness.

At the period when the child start growing up and making good plan for themselves, its very nice to start giving them basic advice which they need in order to become a better person in life. At this period child often bring out different kinds of behaviors which parents need to pay attention to, some children bring out some bad behaviors and some with good behavior. At this point is when a child feels they are all grown up and they can make plans on their own. This period is when parent’s parental role is challenged.

If your child becomes a better person, the society will credit you and if its otherwise you will still have to answer to the society. Giving advice at this period is the best. Are you curious about the type of advice you can give your children during their adolescence period?

The sense of knowing they are unique will make them want to do explore and they will tend to want to maintain the great self esteem they have. Make them understand never to look down on them selves because they are their self’s greatest strength.

Make them understand the kind of friend they move with will determine their greatness in life. Build the idea that they have to choose their friend wisely in their brain because at this period they can easily be influenced by bad friends because they also want to feel among and when they mistakenly move around with bad friends it can easily reflect on their character and lifestyles.

Tell them to bring their friends home and by that you can easily remove the bad ones and encourage him or her to move ahead with the good ones.

At this period a child often feels attracted to the opposite sex and they might feel they have young love for the opposite sex, advice him or her about that feelings. Don’t try chasing them from moving with the opposite sex instead advice them towards the risk that might be involved in.

Don’t try to chase them from the opposite sex, as they might want to know the actually fun you hindering them from catching, instead advice them towards the risk involve.

Children often select what they will like to build their life on in the nearest future at this time. Sit them down and allow them state their hobbies and passion so as to know what their passion is.

Make them select what they will do to keep them busy and will make them have less time. Advice your child to focus on their dreams, as it’s the only escape roots for them in the nearest future.

Study their character well and try correcting the ones that might affect them in the nearest future.

Make them understand how they should always stand on their feet regardless of any odd that comes their way. Trust me this will be their strength as the move on in life.

Make them know that in life one should always focus on priority and whatever doesn’t worth their sacrifice should be ignore.

Teach them something about scale of preference and how them should not be carried away with the things of the world. Make them understand that they need to be God fearing and with that they will understand what life actually means.