Children's friendship as it is

Friendship opens the door to the outside world for the child. But it invites him to see himself through the gaze of another person and, therefore, to learn to know himself better. Please note that not all adults can contact other people easily. Obviously, this skill does not appear suddenly, but develops since early childhood. And that “door to the outside world” can only be opened by parents.
Do not dismiss your children. Do not hide behind kindergarten and school. All the same, your children will take an example, mainly from you.

Children's friendship as it is
When children are very young, they are united by similarities of character. So, a noisy and nimble child will most likely have the same friend. Before school age, games between children are marked by conflicts. This applies to toys. Trying to intervene to teach children the rules of good or try not to interfere in their disassembly? The second is given for parents more difficult, but allows the child to get their own experiences.

In kindergarten, children are constantly changing friends. This is normal, as it is “friendship studies.” The role of parents here is not to try to force them to reconcile, but to calm them down and explain that life, sometimes, consists of such searches.

Also at this moment, they live their “Oedipus period”: the feeling of feeling love for a relative of the opposite sex and hostility towards a relative of the same sex, they are alarmed. At this point, friends serve to relieve their aggressiveness, which arises from this alarm.

The role of parents is to respect their attempts at self-reliance. The most successful behavior of parents is not to try to know everything, but not to be indifferent.

Stages of friendship in children

Here is how a child’s attitude toward child friendship changes with age:

The described changes in the understanding of friendship relate to relationships in which there is no place for evil influence. When analyzing your child’s relationship with peers, make an adjustment to the fact that there are probably “friends” in his environment who can bring a share of misconceptions about relationships. 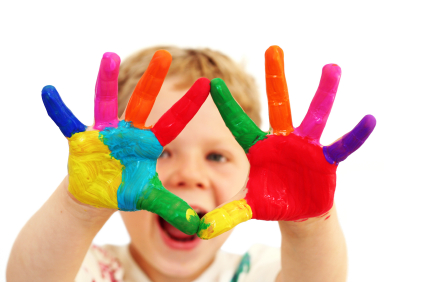 I'm a mother of adorable twins, health consultant and a blogger

We Absolutely Made The Choice To Be Friends With Our Kids
Growing Up Healthy is More Than Food and Exercise – It’s Play Too
Good Parenting Means 'Pick Your Battles.'
advertisement

We Absolutely Made The Choice To Be Friends With Our Kids
Growing Up Healthy is More Than Food and Exercise – It’s Play Too
Good Parenting Means 'Pick Your Battles.'