Published by Damian Rodriguez on March 26, 2018 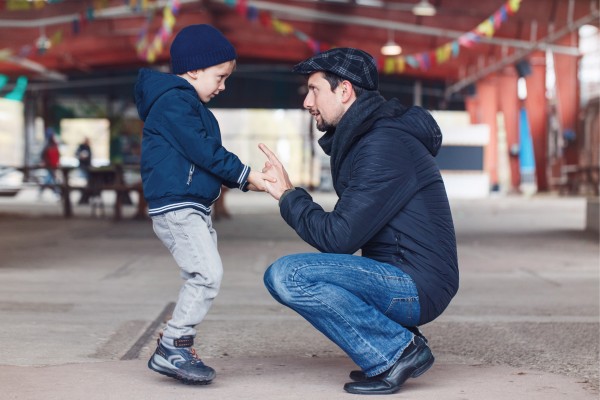 Update: Our daughter earned her monkey. My wife was so sure she’d manage to go the last half of the month without adding a pair of “Xs” to the calendar that she, much to my chagrin, ordered the toy several days in advance…and she was right.

Onto the next month and the next challenge. For lack of a better term, I am a pretty no-nonsense type of guy, and my evidence-based parenting style is reflected in my very rigid scientist (and Asperger) mindset. I was raised in a much different household, where listening (the first time) was not optional. I think the results were exemplary, but the methods employed to get said results are far removed from the environment I want in my home. No morning is complete without having to remind my princess (several times) that eating her eggs or oatmeal has to happen in less than an hour because she has yoga to do and a bus to catch, and if there is a screen within viewing distance, the functioning capacity of my son’s auditory system magically becomes nonexistent. Maybe it’s the developing minds of a toddler and newly minted six-year-old and I am just expecting too much (highly likely), a hint of ADHD, or we’re just doing this parenting thing wrong, but my children aren’t the best listeners (and I’m not the most patient person). But, with a little research and effort, we are all capable of improving.

So, onto the science. Like most parenting topics, your child’s behavior is greatly influenced by your own. According to so-called “Father of Listening” auditory scientist Ralph Nichols, nurturing good listening behaviors in your children begins with modeling them yourself. If you stare at Pinterest while your child is telling you about their day, you are modeling that active listening isn’t compulsory for communication in your household. My kids are fascinating, but most of what comes out of their mouths is incoherent babbling about superheroes and pleading for candy; it’s not that difficult to direct my attention elsewhere when they are speaking. But modeling good listening is simple and only takes a few minutes: stop what you are doing, look them in the eyes, and nod your head as they tell you how awesome the Incredible Hulk is. BE THE CHANGE.

Make them focus on you. We’ve all done it, frustratingly waved our hand an inch from our child’s face as they sit slumped into a screen-induced zombie state. While yes, it is further proof that limiting screen time is important, there is a scientifically-validated explanation for your child’s tunnel vision-esque response when immediately gratifying sensory stimulation occurs. Research has shown that not only do children have less developed peripheral vision, but also limited peripheral awareness overall. It is likely they are not purposely ignoring you, but simply not registering what is happening around them—even if it is literally right in front of their face. Yeah, it’s a scientifically-validated and (somewhat) unavoidable thing, so no use getting more irritated or raising your voice, just be proactive about eliminating whatever sensory stimulator is monopolizing their attention. As we are finding out, fully-developed adult brains are comically inefficient when faced with more than one task or sensory input, so don’t expect your child to be any better at multitasking than you are. If you expect them to listen, the process may need to start with removing the tablet from their hands, putting the toy away, or waiting for them to finish eating.

Teach them to listen the first time. OK, this one is way easier said than done, but there are some evidence-based steps you can take to help make it happen. The key is to cultivate the habit of paying attention by focusing on how you are speaking to them. Again, teaching your children begins with examining your own behavior first. As mentioned above, make sure they can actually hear you. How many times have you yelled down the stairs and wondered why they didn’t immediately respond, only to find out that they were in the bathroom or the blender was on? Be direct. Look them in the eye, tell them exactly what needs to happen—including when and how—in as simple context as possible, and do it once. Sarcasm is the language I am most fluent in, but even my highly advanced kindergartener is just beginning to catch on. As my son is in the early stages of speech development himself, by speaking in thinly-veiled jokes, I’m essentially teaching him to ignore me.

Lastly, ask once and provide them fair warning about the consequences. If you get into the habit of asking again and again (and again), and then either give up and do it yourself or progressively raise the volume (there is nobody guiltier of this than I), you may be unintentionally teaching your kids that you can be ignored until you either give up (you didn’t really mean it) or you yell (now you mean it). Shouting gets their attention, but it teaches dysfunctional communication patterns and has been shown to have similarly detrimental effects as physical punishment. Make sure they can hear you, be direct, and ask (in a calm voice) once before allowing the natural consequences to take their course.

Sadly, parenting isn’t a “hard” science. The rules of raising a child aren’t hard and fast, and with a correspondingly high confidence interval (likelihood what the research says will work for you). Each child is different; that’s what makes it simultaneously so challenging and yet so rewarding. Like anything else, nurturing positive communication and listening skills in your child begins with the one thing you have 100% control over: your own actions. Weigh the odds in your favor by modeling good listening behavior, making them focus on you, and (attempting to) teach them to listen the first time and you should be well on your way raising an intent and focused listener (fingers crossed).

Dr. Damian Rodriguez is the Health and Exercise Scientist for doTERRA International, LLC. He holds a doctorate in health science, a master’s degree in exercise physiology, and countless professional certifications. He has spent most of his life researching nutrition, exercise, and the lifestyle behaviors associated with optimal health. Along with his passion for health, as someone who lives with Asperger’s Syndrome, he is also involved in bringing awareness to autism spectrum disorders.

Don’t we all just want to be heard?
Why is it so hard for your teen to open up?
7 Ways To Successfully Co-Parents After Divorce
advertisement

Don’t we all just want to be heard?
Why is it so hard for your teen to open up?
7 Ways To Successfully Co-Parents After Divorce