Moms, instead of judging one another, let's be encouraging as the school year starts

The reoccurring nightmare takes on one of two forms. The first? I've forgotten my locker combination and I'm late for class, again. The second? I get on the bus, or enter the crowded classroom, and all I have on is my birthday suit.

I'm 41, yet these anxiety-inducing dreams still plague me periodically.

As a new school year approaches for our beloved offspring, let's lay it all on the table – they're not the only ones who might be nervous or second-guessing themselves.

The highly-anticipated morning begins with the desire for the perfect first day of school picture. It never goes well.

I forget (again) to make those cute signs to showcase the grades my brood is entering, so they either hold up paper plates with their grades scribbled on them (darn, I need to work on handwriting more this year) or a piece of notebook paper that looks oh so professional — and feels like the verdict on my capabilities (or lack thereof) as a parent. 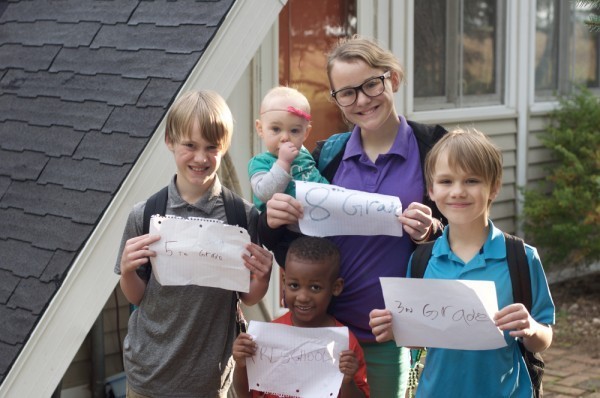 Don't let this picture fool you, they were shouting moments before I snapped this and I may have threatened or bribed them or laid on thick mama guilt to produce these forced, albeit adorable smiles.

Before the bell rings to start the school year, let's give a pep talk to those not pictured.

At this time of year, the lines are drawn between mama bears.

I’ve had friends come to me with complaints and cuts from the hurtful words of others, as their schooling choices were criticized.

One of my friends was made to feel like her kid was headed straight to hell because he was being sent to public school.

Another assumed that a friend’s kid would be socially awkward because they chose to homeschool her.

Whatever schooling choice you make, it's a hard one. So let's drop the accusations and link arms instead, as we wave goodbye to our darlings.

We love our kiddos and want them to learn. But maybe we are the ones who need to learn a thing or two.

Instead of judging one another for our schooling choices — either out of pride or insecurity — let's remember we're on the same team in this messy and marvelous gig called, motherhood.

As summer ends may our prayers increase.

As our calendars fill up may patience pour out.

As the first day of school pictures pop up may our criticism fall down.

Let's draw a line in the sand and agree to support and not isolate, to help and not hurt, to encourage and not tear down.

It’s not “us” and “them," it’s just us, all lumped together as parents who love their kids and want to make the best decisions we can — given the circumstances and the needs of our families.

Let’s release the need to be “right”. Let’s do right by encouraging each other as the school year starts.

There will be successes and failures, good times and hard times, but we're in this together, for the good of those darlings, who are rolling their eyes as we try to snap the totally staged first day of school pic.

Here’s to a great school year – together.

May our kids not forget their locker combination and remember their underwear. 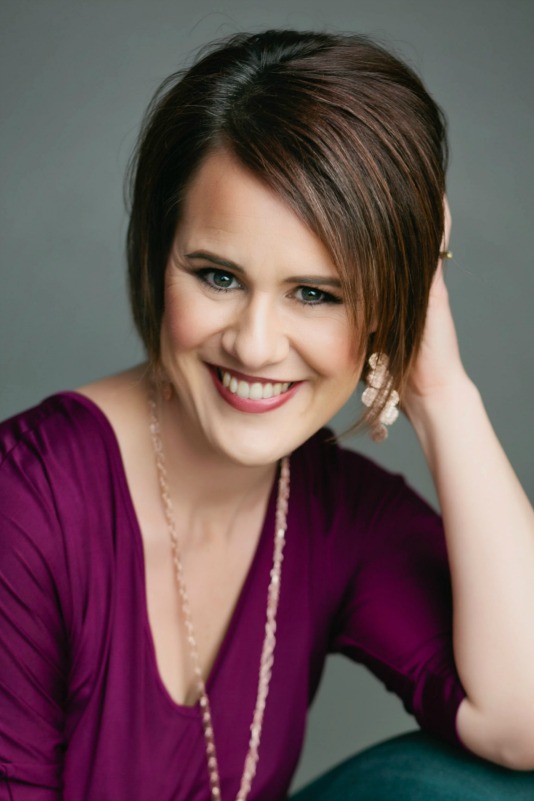 Katie M. Reid is a devoted wife and mom to five lively children (one through adoption). She has a Master's Degree in Secondary Education and is the author of, "Made Like Martha: Good News for the Woman Who Gets Things Done." and the novel, "A Very Bavarian Christmas." Katie has been published on: HuffPost, Focus on the Family, MOPS, and For Every Mom. She is the co-host of "The Martha + Mary Show" podcast. Discover how to stress less and smile more at: katiemreid.com.

Let's Just Support Each Other Educating Kids, Ok?
Homeschooling During COVID-19 is No Easy Ask; How Do You Know if Your Child Can’t, or Won’t, Do the...
Should I Homeschool my Kids this Year?
advertisement

Let's Just Support Each Other Educating Kids, Ok?
Homeschooling During COVID-19 is No Easy Ask; How Do You Know if Your Child Can’t, or Won’t, Do the...
Should I Homeschool my Kids this Year?