Father's Day is different with a baby in heaven 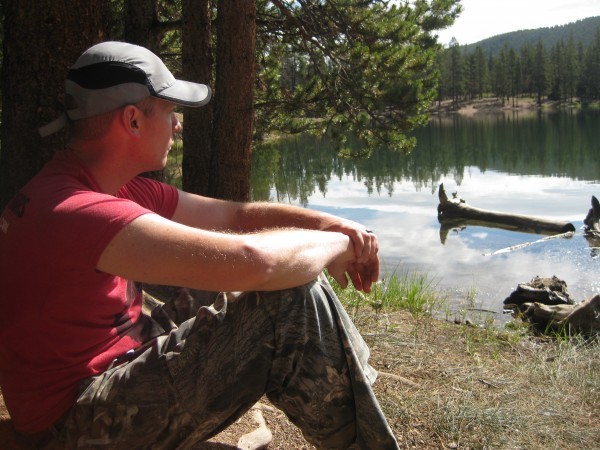 Father's Day is different for the dad whose baby is in heaven.

He was excited to become a father — whether for the first time or fifth — but never imagined fatherhood looking like this. Wounds gaping. Grief roaring. Arms empty.

He couldn't have predicted waking up on Father's Day to the reality of his child being gone.

There are no finger paint handprints to unwrap. There are no photos of treasured memories with his child to frame and display on the mantel. There are no crayon-scribbled greeting cards or handmade masterpieces to hang in his office.

Whether he has living children or not, it's a day of profound absence, because a father doesn't forget his child who's missing. He asks himself “What if, how come, why?” But knows the answers are far beyond his comprehension.

There's a vacancy in his family—in his fatherhood—that can't be filled. His child died and isn't coming back.

He misses his baby.

His pain is hidden, his weakness unacceptable.

He's a man who's accustomed to fixing, but he can't fix this.

His strong arms have never felt so weak despite their empty state.

He isn't the receiver of congratulations or applause.

While other dads take a break from the chaos, all he wants to do is escape the grief.

But truthfully, even on Father's Day, he'd gladly delve into hard, heavy, backbreaking work if he knew if would bring his child back. If he knew it would heal not only him, but his family and the mother of his child. Because seeing the woman he loves sinking deep into the pain of child loss is heavier and harder on him than his own grief.

Father's Day hurts for the dad whose baby is in heaven.

He feels weak. Broken. Incapable. But his strength is evident in his ability to hope. To forge ahead even though he doesn't know how. To carry himself and his family through the wreckage of child loss. He feels weak, but the people who rely on him knows he's never been so strong.

And though he doesn't hold his baby on Father's Day, he holds his head high knowing that he's still fathering his child in heaven from right here on earth.