Published by Stroller In The City on November 6, 2018

In all our years living in NYC, I can’t believe last year was the first time anyone in my family experienced the Macy’s Thanksgiving Day Parade in person. Having reservations at a restaurant on 57th Street last year, we enjoyed a second story, eye level view of the balloons, which worked out well, because it was pretty frigid that day. But this year, I was determined to get the full experience, sitting on the side lines with my family, watching these enormous floats and balloons pass us by. 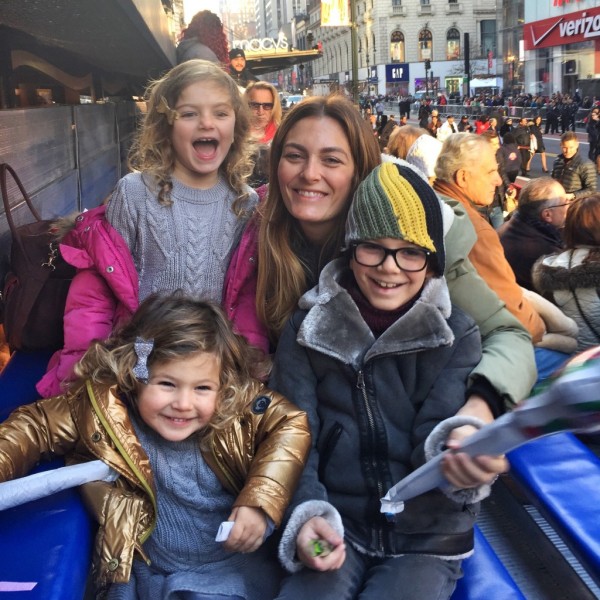 We arrived back home from our Disney trip, late Wednesday afternoon, got the kids to bed super early, so we can make it uptown in the morning to enjoy the parade. I packed hand warmers, snacks, waters, and hoped that the weather hold up for our 4 hour outdoor stretch. Thanks to tickets provided by Lindt, we ended up perched in the bleachers, on 34th Street right in front of Macys, in the heart of the action. From this vantage point, we not only watched the live Broadway performances, but we also had a glimpse into the behind the scenes running of the pre show rehearsals and warmups. It was a super early wakeup call, but well worth it. 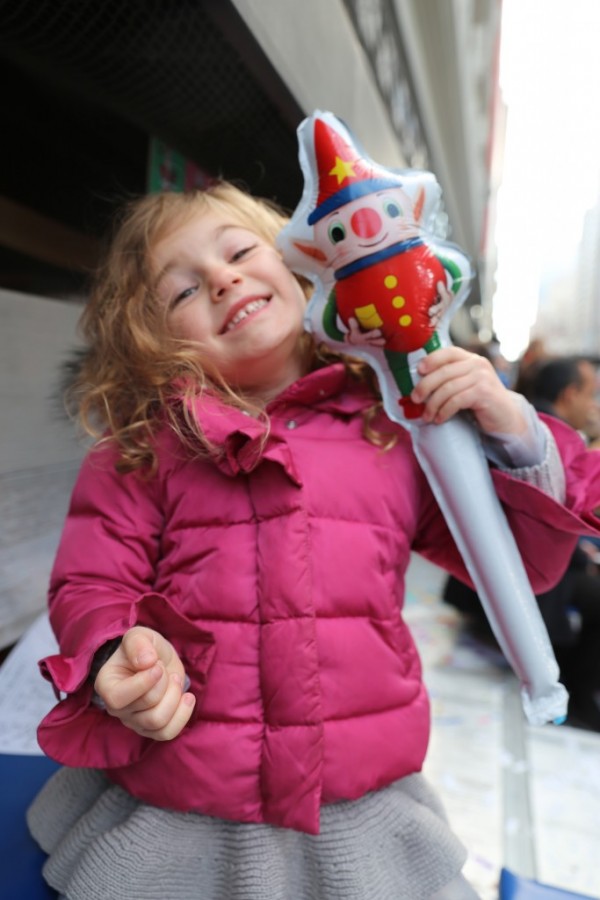 Following the Radio City Rockettes number, the line of giant floats began to flow past our seats. The five of us watched in amazement, enjoying the thunder of the marching bands, knowing this was a once in a lifetime experience. We were so moved by the experience, that I think the parade may become a yearly tradition, as long as I am not hosting Thanksgiving, even if we aren’t lucky enough to have the same great seats. We will see what the next year will bring. 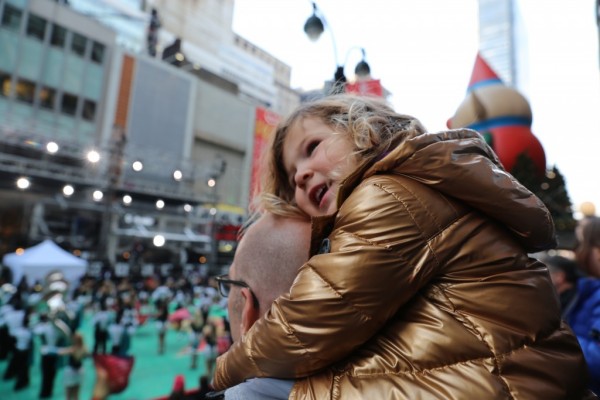 When Santa made his way down 34th Street, the crowd went wild, throwing white confetti, leaving the streets looking like a winter wonderland. Santa rolling by marked the end of the parade, but also the official start of the holiday season. The kids were ecstatic to see Santa float by with his reindeer and elves. 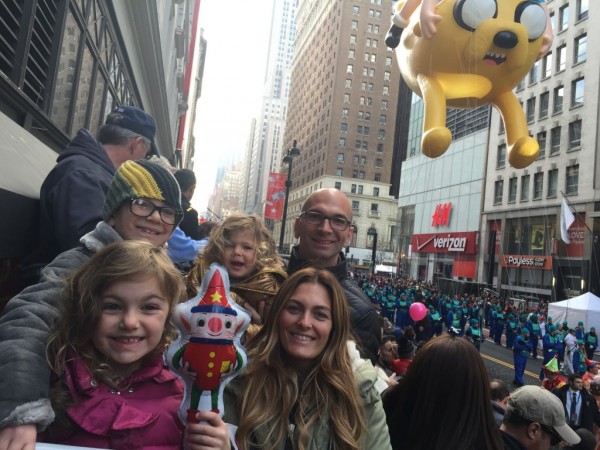 Once the parade had ended, we left with plenty of energy and the holiday spirit as we headed to my parent’s house for turkey dinner. Just like every year on Thanksgiving, we went around the table to say what we are thankful for, and I was super proud of Ryder and Siella said they were most grateful for their family and the food they had on the table. Our day couldn’t have been more perfect, surrounded by our family, catching up, and indulging in way too much food. 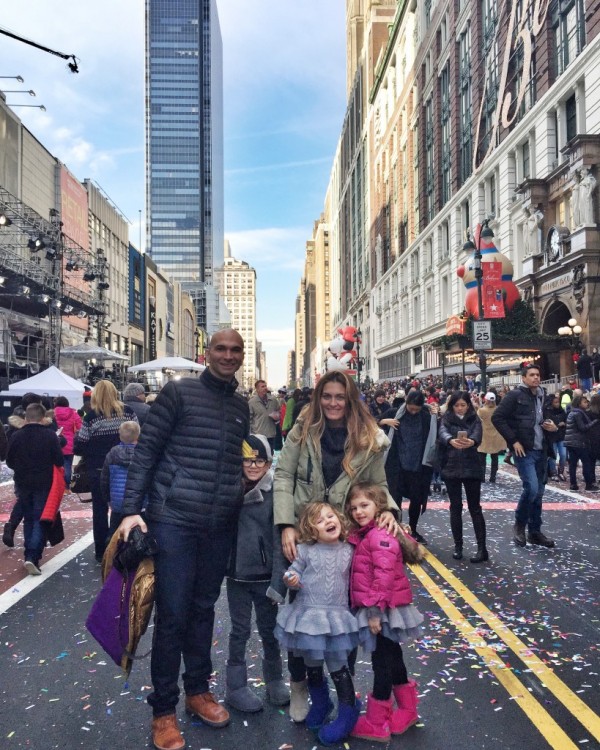 Stroller In The City
> See my posts
> Visit my blog

Once a fashion showroom owner now turned mom and blogger/writer. Brianne Manz lives in New York City with her husband, three children and enjoys their fast paced city life. Her blog Stroller In The City boasts about city living, family travel, kids fashion and all things that are mommy. Being a mom doesn't mean you need to lose sight of the cool stuff. Brianne has has been featured on the Today Show, E! News, and People Magazine to name a few.

Grateful Abounds, New Celebrations, & A Full Heart!
Ghosts of Thanksgivings past
This year, I'm being kind to myself and ordering Thanksgiving dinner from a restaurant
advertisement

Grateful Abounds, New Celebrations, & A Full Heart!
Ghosts of Thanksgivings past
This year, I'm being kind to myself and ordering Thanksgiving dinner from a restaurant