Go Molest Other Children, Just NOT Ours! 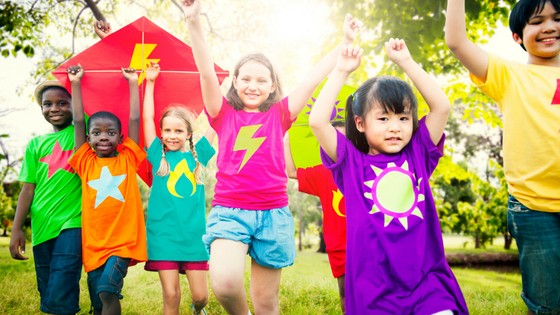 I doubt you have ever heard someone say, “go molest other children, just not ours!” However, for the last eleven years that I have been speaking on child sexual abuse, it is the most common theme that I have studied and personally witnessed. The term for this is called “passing the trash” and has been typically used to reference when a school, church, or youth-serving organization allows one of their employees to quietly resign, change positions, or move to another place of employment after complaints of sexual misconduct.

Child molesters have an average of 73 victims in their lifetime and continue to molest until the day they die no matter how incapacitated they become. Allowing a predator to leave and apply for employment elsewhere allows them to continue to victimize more children. Without a conviction nothing will show up in a background check and employment laws protect molesters by not allowing organizations to mention the allegations against a former employee.

Some parents are so ashamed and embarrassed that this happened in their family they will do anything to protect the family reputation. They fear that others will blame them for allowing it to happen and may even blame themselves. They believe if they were “good parents” it should have never happened to their child. Some parents are protecting their own relationship with the abuser. More than ninety percent of abuse is at the hands of someone you know and trust. More than thirty percent of that is your own family members. Parents may be dependent on the support of the abuser or the abuser’s family. They are afraid of losing family, friends, neighbors, and colleagues. They are afraid of losing their identity.

All of these are valid fears that keep parents from reporting the abuse they suspect, discover, or their child discloses. However valid their fears are, not reporting is exactly what makes child molesters successful and why child sexual abuse is pandemic.

When schools, churches, and youth-serving organizations pass the trash, they are more concerned with the liability the molester creates for their business and amount of work it takes to terminate them. No matter what we want to believe about these organizations we love and devote our time, money, and children to, they are in fact businesses and the bottom line is the bottom line. Passing the trash is their means of saving time and money. Until of course, it is discovered, and they are sued for millions of dollars. The reality is insurance pays for those lawsuits and none of the mandated reporters who broke the law when they failed to report are held responsible nor do they suffer any consequences (we are working on laws to change that). The organization and those who run them do not learn the lesson and it happens again to more children.

When a parent chooses not to report child abuse to the authorities, they are essentially saying, “go molest other children, just not mine.” They may or may not be thinking these actual thoughts but that is exactly what the results will be. I find it unfathomable that parents are ok with allowing children to be molested when they have the ability to stop it from happening. Sadly, the harsh reality is that is what’s happening day after day, victim after victim.

Typically, I do not judge parents and their decisions on how to raise their children. I know how damn hard it is to be a parent. I do my best to educate parents on child sexual abuse prevention. I present all the studies, statistics, and real-life stories, including my own and my daughter’s. I give suggestions on boundary setting, conversation starters, and best practices but then I leave it up to them to implement what works for their family.

I get many calls from parents who have recently found out about the abuse and are asking for advice. I want to help them, console them, listen to them, and just be there for them. However, I cannot and will not be silent about passing the trash. Your civil rights only go as far as to not cause another person harm. When you don’t speak up and report abuse, you are then putting my child and everybody else’s child at risk and that is not acceptable.

The teacher who had molested my daughter had numerous complaints in his personnel file and victims that went back as far as seven years. I hold the school completely responsible for allowing that teacher to continue to molest his students until the day he was removed because of our report. My daughter would not have been molested had another parent, teacher, or administration reported to the authorities. Who knows how many of the victims could have been spared just from that one teacher.

Three more victims of that teacher were uncovered during the investigation. Their parents refused to file a police report and refused to cooperate with the district attorney because they didn’t want to go through the hassle. I hold those parents partially responsible for Mr. Firth being a free man today. Each victim adds to the amount of time a convicted predator is sentenced to serve. Mr. Firth was convicted on three counts when he could have been convicted on six counts. Six victims may have compelled the district attorney to go to trial instead of settling for a plea deal which reduced the crime and time served.

Maybe those parents, teachers, and staff had no idea that a molester will continue to molest. I hold them responsible for that too. If you care for children in any capacity you have an obligation to formally educate yourself on child sexual abuse prevention. If you even suspect abuse, you are obligated to report, some by law, all by ethics.

He should have been stopped long before he got to my daughter. I am surprised the Carlsbad Unified School District didn’t pass the trash and send Mr. Firth to another school. Maybe it was because the complaints never reached the district level and just stayed at the school site. Instead, the principal allowed the teacher to continue molesting students in his own school. Why isn’t that principal in prison? That is the topic for another blog. What about Santa Fe Christian, the private school Mr. Firth worked at before Pacific Rim Elementary. What happened there to make Mr. Firth move to another school? Did they pass the trash? Mr. Firth worked as a mental health technician prior to that in a group home. Why did he leave that job? These are questions parents need to ask because the absurd reality is employers are not allowed to.

I never even considered not reporting what happened to my child. When I did report the incident to the school district the very next day they brought a lawyer to the meeting and asked me what my intentions were. All I cared about at that point was getting that teacher out of the classroom so that he couldn’t harm anymore children. I thought they would wrap their arms around us and thank us for saving their school from a predator. I expected them to be as shocked and horrified as we were. I expected them to care about my child and all the students. They were more concerned with saving their ass.

Believe me, as a mother who has been through a criminal case and a civil trial that required her daughter to testify in court, I know first-hand what your child will go through when you report to the authorities. I know the good, the bad and the ugly of it all. I also know that by the time you find out about the abuse the real damage to your child has already been done and not talking about it won’t change that. Not reporting it will allow it to happen to more children.

Reporting the abuse of your child to the authorities is the right thing to do no matter the consequences. If you chose not to report, you are partially responsible for each victim that comes after your child. Do not minimize what happened or believe your child will be the only victim. Rarely ever is there only one victim. The predator is counting on you not reporting so that they can continue to victimize children, please don’t contribute to their success.

I use the terms “child” an “children” throughout this blog, however this applies to teenagers as well. There are lots of cases where a predator molests a teenager and the media, schools, parents, etc., will refer to it as a “relationship”. That is never the case, it doesn’t matter if the teen themselves say they consented or were in love. Predators are very good at grooming and coercing the teens to believe they are special, convincing them they are the only one they have ever had this kind of relationship with or that what is happening is love, it is not. It is child abuse and these cases need to be reported as well.

Our brains are not fully developed until the age of twenty-four, thus the onus is always on the adults to do the right thing. Your teen may beg and plead with you not to report. There will come a day when your teen has matured and will see things in a whole new perspective and realize they were taken advantaged of and abused. By then, the statute of limitations may have run out on seeking any justice and the predator will have had many more victims.