He Was the First Boy I Ever Loved 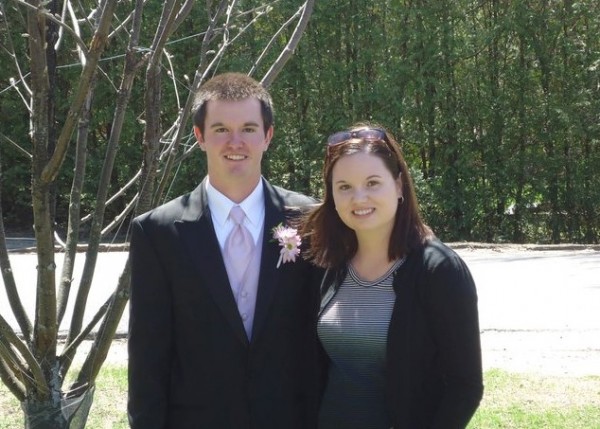 He was the first boy I ever loved.

No, I'm not talking about the first boy I swooned over or wrote love letters to. No, he was the first boy to fill that part of one's heart reserved for younger versions of ourselves and those we hold in high regard - the soft spot if you want to label it.

He was the first person to reach that part of my heart. It took about a year or so, but he broke into it. I was 8 years old. He entered my world on a warm June day as I was playing outside with my neighborhood friends and soon after dark a phone call was made to our house where my grandmother answered and I was now a big sister, to a little brother when all I had wanted was a little sister.

Looking back, I now know why God chose to send me a little brother. He knew something I did not. He knew I'd have a mother-like protection over him. That I couldn't say no to him when he'd want to sleep on my bedroom floor when he was 3 and afraid of the dark.

After all, there's a special kind of bond between siblings that can't really be described. This unspoken bond that is formed by Christmas mornings and fights over who gets the last Toaster Strudel on a random Saturday morning. They drive us crazy, but we love them fiercely because their blood is made of the same stuff that runs through ours.

He's my only little. The one that "replaced" me as the baby of the family and officially made me the dreaded middle child. I thought I'd hate him for that, but I never did. The truth is he opened my heart up in a Grinch-like way and taught me what it is to love a child younger than you. In a way, he prepared me to be a mom of boys. And I think God knew that. I think he planned all along for me to have sons because of this amazing little brother I was gifted.

And today, as he gets ready to leave us for his next adventure and continue down the path I always knew he'd follow, I look at him and smile. I smile at the man he's become. The uncle that my boys, niece, and nephew adore. The one that takes walks with them to the old baseball field out back. The one that tosses the ball and offers silly smiles to them as he passes by on his way out the door.

As a sister who still holds a big part of her heart for her little brother, I still look at him and see that little blonde-haired boy that used to follow me and our older sister around outside and want to do know what we were up to next and if he could tag along. I'm so honored that God chose me to be his sister. I'm so proud and I can't wait to see what this next step brings for him.

Building Brotherly Love One Bickerment at a Time
I let my son quit baseball: Here's why
My son has a girlfriend
advertisement

Building Brotherly Love One Bickerment at a Time
I let my son quit baseball: Here's why
My son has a girlfriend