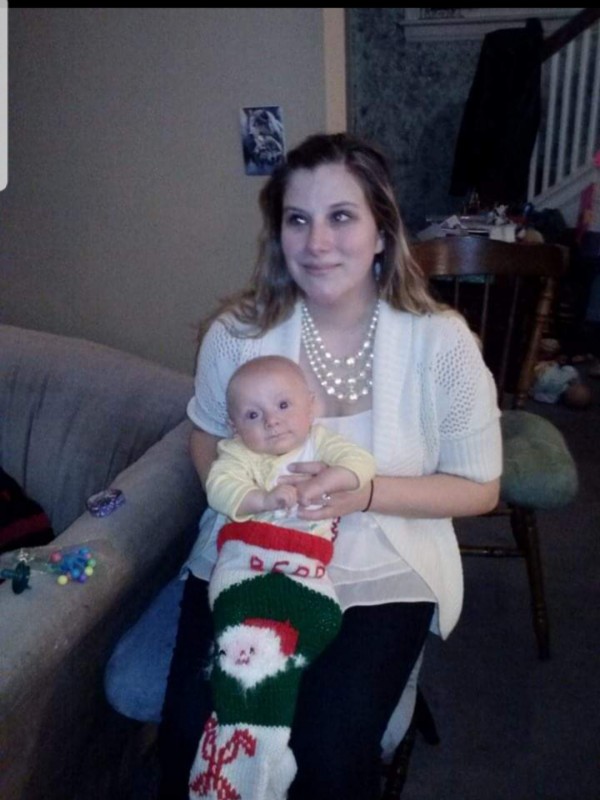 Certain seasons invoke a myriad of traditions and special moments you wait to take part in each year. Once the leaves start changing it acts as a signal to let everyone know Autumn has arrived. When the season is ushered in it seems like everyone’s agenda shifts drastically. It moves from lazy summer days, lounging by the pool or playing at a local park, to a jam-packed schedule with pumpkin patches, apple orchards, and dozens upon dozens of recipes to make with everything collected during the orchard trip. Autumn is my favorite season activity-wise due to the weather and the sights to behold, but nothing will ever hold a candle to the memories and traditions that come along with the month of December and Christmas.

I have been blessed with not only a large family on both sides, but a family where everyone doubles as a friend. Holidays for us are not customary dinners with turkey or ham where we make strained conversations and watch the hands on the clock spin until they reach an acceptable time for us to leave. More often than not hours go by in the blink of an eye. Someone inevitably mentions how late it is to which everyone else reluctantly agrees it probably is time to head home in order to prepare for Santa; albeit some of them vocalize they don’t mind staying up late to put cookies and milk out for Santa if it means staying a little bit longer to make more memories.

On my father’s side there are 32 of us. 32 people including my amazing grandparents, aunts, uncles, and cousins. My grandparents have ten great-grandchildren and can keep up with them better than I can. Out of that entire side of my family there is only one cousin who left the area to move to Vermont. My cousin, his beautiful wife, and four children live in Vermont. It’s a pretty easy car trip to their small town; a town bustling with interesting attractions to see and things to do. Plus, since they are locals, they know all the spots that are hidden gems where we can grab dinner and drinks as we catch up.

Tradition runs deep with my father’s side of the family. Each August all of us go camping together. It is always chaotic trying to keep everyone together and accounted for, but it it the most amazing, fulfilling sense of chaos one could ever hope to have in life. There are moments I take a step back from it all to catch my breath. I identify that I’m feeling tired and overwhelmed and almost immediately my brain gives me a swift kick to force me to open my eyes. So what? I’ll be tired for a day or two afterwards. No big deal. Icing my back is a small price to pay in order to get to see my grandma and grandma try to learn the up-to-date viral dance trends. I might be giving up a little bit of sleep, but I know for a fact that if I did take that nap, I would miss out on memories that will forever be brought up lovingly. There will, of course, be videos I could watch, but being there in the moment and present makes it all worth it in the end.

Our holiday season is overflowing with special sprinkles of love unique to our family. It was decided a long time ago that as great as a large Christmas dinner is, nothing beats homemade spaghetti and meatballs. Salad. Fresh bread. A large grouping of toddlers attempting to eat spaghetti and meatballs makes for funny moments and pictures.

The course menu has changed over the years from traditional turkey with sides to spaghetti and meatballs, but there are two constants that have remained and will forever remain: the stockings and cumquats.

When each child and grandchild are born Grandma knits a stocking with the child’s name on it, the year they were born, and uses a special kind of angora to adorn Santa’s bearded face . Those stockings are not just handed out to anyone just because they were invited for dinner. In order to have a handmade stocking, complete with your name and birth year stitched on it, you either have to be a family member or marry into the family. It is a pretty good incentive to get married- these stockings are coveted! Usually one of the first things said after an accepted proposal is, “I finally get my stocking!”

Our stockings are filled with gifts that are tailor-made to each of us. Mine has gift cards, notepads, cute pens, little kitchen items, and, always, kumquats and oranges. When my grandparents spent their winters in Florida, they would come home with their haul of fresh oranges grown in the Florida sunshine; they were delicious and massive. In case it has not been apparent so far, we are fun and like being silly. While the oranges and kumquats would be delicious to eat, we found that throwing them at each other was a far better way to pass time. I’d love to say this was a silly tradition we grew out of once we hit the age of 12. No way. And I’m so glad it hasn’t. I'm now 32-years-old, but hurling an orange at my 42-year-old brother makes me feel like a child again. Everyone joins in. The only ones who do not are the gatherers; they are the ones who love the oranges and kumquats and move in to pick them up for themselves. While they hunt for their treasures they are also picking up the wrapping paper scraps. It is a win-win situation for all involved. In all the years we have been tossing citrus treats at each other, there has only been one casualty: me. A rogue orange thrown by my brother pelted me square in the chest and left me winded.

Cleaning up from the stockings being opened is when our night usually ends. Some people stay a little longer for one more glass of eggnog or to finish decorating a cookie. Christmas with my father’s side is always the Saturday before Christmas. With a family as large as ours, people who live out of town, and the fact we have three police officer’s schedules to work around, we started to hold it on the Saturday before to give a solid day of the week that never changes, opposed to worrying about if Christmas falls on a weekday where everyone will be rushing around or if it will be a weekend.

Our big day with my mother’s side of the family is Wiglia, also known as Christmas Eve. Celebrating our Christmas Eve is full of traditions in several ways. We celebrate Catholic traditions, Polish traditions, and family traditions. Everyone dresses nicely with the men usually in dress pants and the women in dresses. We rely mostly on candlelight for the evening opposed to bright over head lights. There is no set time because we sit down to eat when the first star shows, a way to pay homage to Jesus. A vacant seat at the table is to symbolize Jesus sitting with us during the meal.

Our dinner is kicked off by my Noni going from person to person with the oplatki, a blessed wafer. Each person receives a kiss on the cheek and a God Bless from my grandmother. It is a split second of a moment that has a large impact on me. Every year whatever is left of the oplatki my grandmother gives it to for my cousin Tova and I to share.

The dinner includes seven types of fish and no meat is allowed. We usually have traditional Polish meals like halushki. Once we are finished eating my grandfather leaves the room and rings a bell before declaring excitedly that the bell means Santa dropped presents off. Everyone rushes down to the basement to see their presents while the coffee brews. Another tradition that takes place during this portion of the night is my mom, along with her two sisters, opens their Christmas presents from my grandparents. It is always a piece of gorgeous jewelry with all three daughters receiving the exact same present.

These traditions have carried on for my entire life and I cherish these memories. This is our first Christmas in our new house. I’m looking forward to carrying on the beloved traditions of my childhood as well as making new ones. So far the biggest tradition my husband and I have is putting up the Christmas tree around December 20th and then leaving it up until February. This year I’m aiming to take it down by January, but, then again, where is the fun in that? If it is left up year round it could act as a constant reminder of my favorite time of the year. It serves as a symbol of fun, happiness, and more love than I even have words to describe. 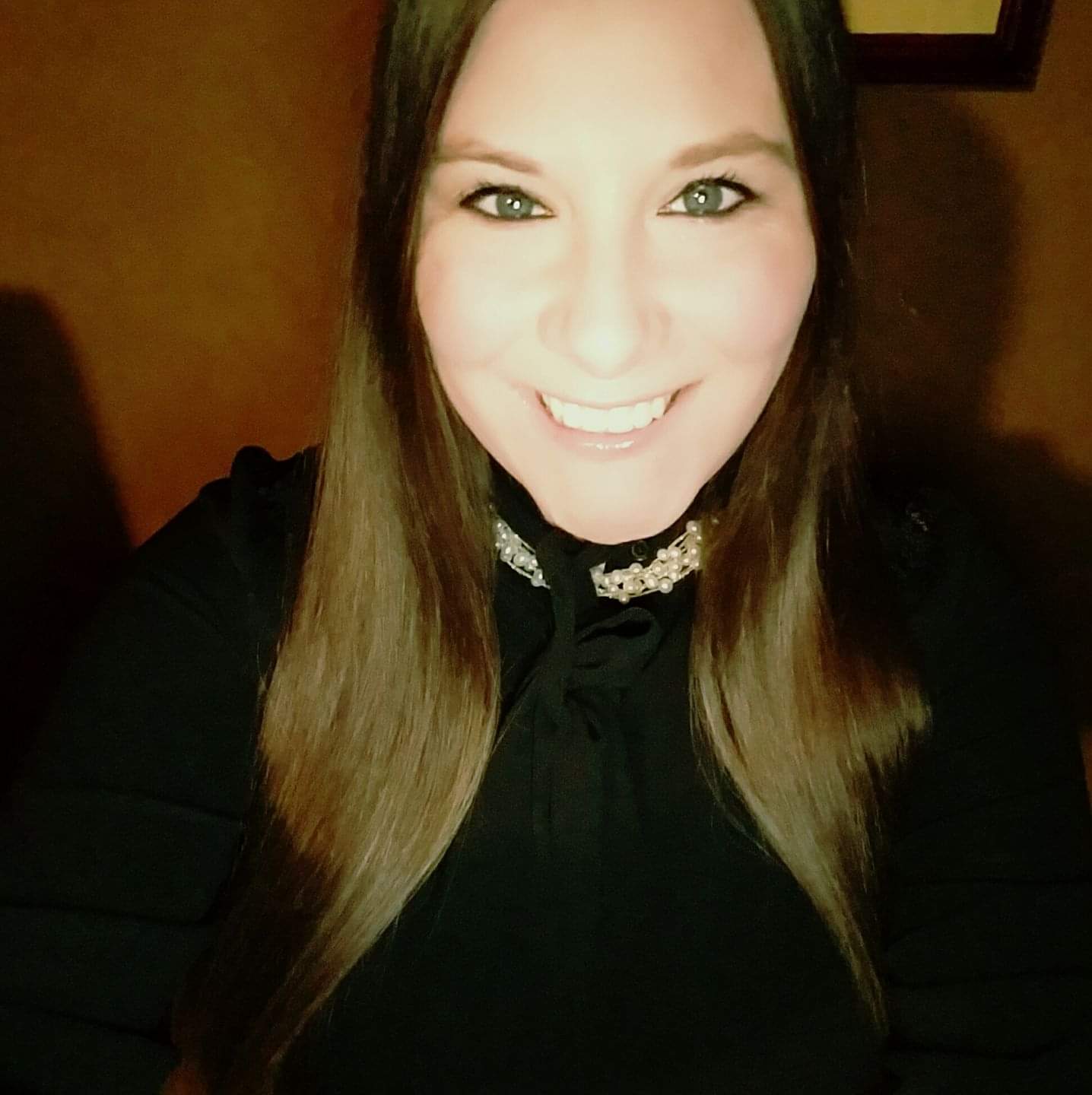 Shya Gibbons is founder of Vintage Dreams With A Modern Twist. She is a contributor to the books I Just Want To Be Perfect and You Do You. Her work has appeared on Sammiches & Psych Meds, McSweeney’s Internet Tendency, and The Mighty. She is happily married to an incredible man who doubles as her best friend. They have a five-year-old little boy who lights up their life. Check out her work at www.facebook.com/VintageDreamsWithAModernTwist. Tell her hi when you stop by, she loves meeting new people!