How Adults Are Ruining Youth Sports 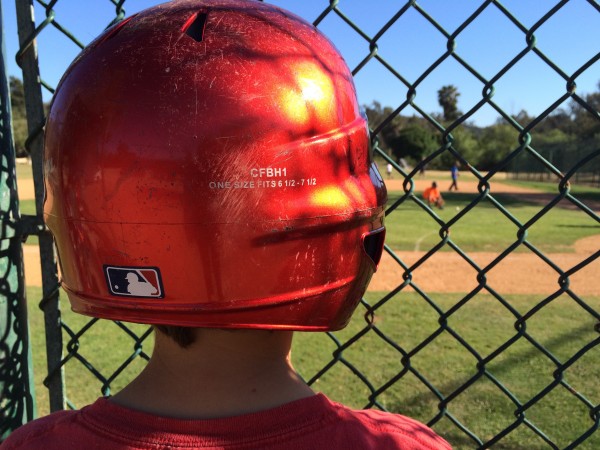 HOW ADULTS ARE RUINING YOUTH SPORTS

My son asked me today if he can quit baseball. He says he doesn’t like it. He calls it boring, no fun and says he doesn’t want to do it anymore. To my dismay, he will soon become an early casualty of the culture adults have created in youth sports. He’s not alone.

Despite an increased focus by experts and organizations like The Aspen Institute and Changing the Game Project, to educate grownups that kids are quitting sports at alarming rates because it’s no longer fun for them, there are few signs that adults are actually listening and mounting evidence adults are ruining youth sports.

Study after study shows winning doesn’t matter for kids if they aren’t enjoying playing. Yet today’s young athletes are increasingly surrounded by parents and coaches who care more about the outcome than the process. It is causing kids like my 10-year-old son to become afraid to make a mistake, to fear losing and to lack confidence in their ability.

“There is so much pressure, Mom,” my son says to me as we walk out into the parking lot after a recent Little League game that took 2 ½ hours to play 6 innings. “I didn’t know what the coach wanted me to do. I wanted to ask him to just stop. Everyone was looking at me just staring and I didn’t know why he was so mad at me.”

The prevailing thought amongst sports parents is that you don't question coaches, especially ones that are volunteering. How many times have you heard, "if you don’t like how a youth coach is doing things, volunteer yourself."? Instead of calling out a coach, I should implore my 4th grader to look on the bright side. A chance to impart one of those life lessons we believe sports will teach our children … isn’t that after all, the whole point? I should pepper him with a few inspirational quotes like “pressure creates diamonds,” or, “it’s not whether you get knocked down, it’s whether you get up.” But is it?

The truth is the games are becoming harder and harder for me too and more and more adults are ruining youth sports.

As a sport parent my blood boils each time an adult criticizes, rolls their eyes or lets out a sigh of exasperation directed at a young athlete, especially mine. I take yoga breath after yoga breath keeping myself from marching onto the field or court and telling a coach they are not allowed to speak to my child that way, no matter how important the game, because I don’t speak to my kids that way. I don’t have a good answer for my daughter’s question about why her coach plays favorites or for my son who at 8 years old was automatically ruled out from playing quarterback or pitcher, not because of lack of ability, but more likely because he’s not the coach’s kid.

In today’s enviroment, there is a willingness by adults to allow things in youth sports that would never fly in other settings involving kids. If a teacher berated a child because of a math score in front of the whole class and then brushed off their emotionally unacceptable communication as a motivational tool, would parents allow it?

What teacher would let a parent helicopter over a student’s shoulder during a test yelling out the most obvious things they could think of …. “pick up your pencil, little Johnny” “put the pencil on the paper.” Isn’t it the same as an adult imploring a kid to “swing” or “score” in a game? As if a 10-year-old can’t understand the most basic of objectives without an adult constantly screaming it at them.

Parents abhor the idea of their kids being taught in school for the sole purpose of performing well on a standardized test and with good reason. Research shows training a child’s cognitive skills to increase IQs and test scores isn’t what will lead to their overall success and development. Instead, what matters more is developing qualities like self-confidence, curiosity, consciousness, persistence, and grit.

All things that should naturally develop in sports, but only truly will develop when the environment is set up to nurture those characteristics. When adults, through the example they set, show respect for opponents and officials, practice good sportsmanship, teach consistency and overcome adversity with dignity and discipline. All of which seems to be happening less and less in youth sports.

Seventy percent of kids will quit sports by the time they turn 13 – an age at which kids, especially girls, get the most benefits from athletics. In many of these cases adults will be the reason why. Sadly, adults will continue to be to blame as long as they keep measuring kids’ success by wins and losses, all-star appointments and the number of points on the scoreboard instead of by how many kids finished the season loving the sport and the experience enough that they want to continue to play.