How I Got My Mojo Back. In my driveway. At 7 AM. On a Saturday

Published by Maureen@Raising The Capable Student on March 25, 2018 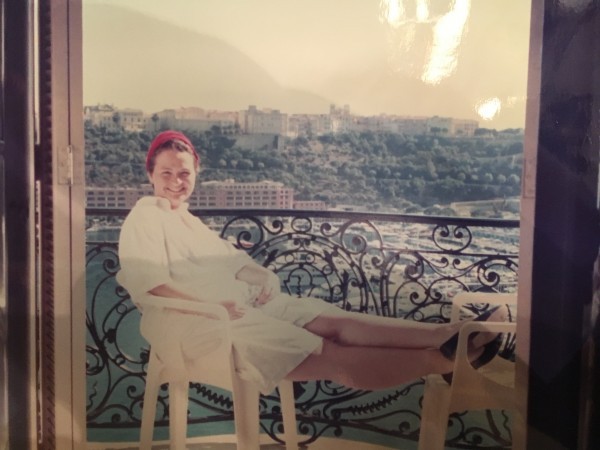 Back before I was a mother, before I was married even, I was a salesperson. I sold ads in the Yellow Pages, and I was actually quite good at it. So good, in fact, that I won a couple of sales incentive trips – once to Hawaii and once to Monte Carlo. It was fun, and I enjoyed my successes, but eventually, I met the man of my dreams, got married, had four wonderful kids, and enjoyed the life of a stay-at-home mom.

Through all that time, I never missed my old life of sales and fun reward trips – until I had my first yard sale. I never should have agreed to host a yard sale. I was not a person who enjoyed going to yard sales. Clutter hits me in a visceral way and the idea of buying other people’s clutter has never had any appeal to me. But back when I had my first yard sale, I decided to give it a go because “everyone” said it was the thing to do when it was time to clear your house of the baby stuff. All my friends who were yard sale experts told me what to do and told me it would be fun.

It wasn’t fun – it was boring. Pricing all the items and then haggling over those prices with the people in my driveway was tedious and a little bit absurd.

That night, I remembered thinking that I had somehow lost my way. I had gotten all caught up in the way you are supposed to do yard sales and lost some perspective.

I didn’t mean that to be a throw down, but apparently it was. Bicycle Woman pulled out full asking price for the monstrosity, and I relented. She wrapped her arms around that thing and balanced herself on her bicycle and peddled down the street. It was a great moment that lasted until I noticed the original mom from the morning pulling into my driveway. That was an unpleasant conversation. I had to listen to all of her woes, and all of her reasons why she took all day to return, and I had to apologize for selling the big plastic toy monstrosity out from under her. She was really angry, and she made me nervous.

After she finally left, I closed up the garage and counted my loot. I don’t remember the exact number, but suffice it to say it barely covered the pizza delivery we had that night.

Ten years later, though, with a house full of other big plastic monstrosities plus a bunch of outgrown sports equipment, my husband suggested that we participate in the neighborhood-wide yard sale. I relented, but this time I knew I was going to do it using the skills that had brought me success back in my Yellow Pages days.

First, I admitted to myself that I was never good at selling something unless I believed in the value of the product. Honestly, I didn’t really believe in the value of our used Under Armour football cleats, or the myriad of other used items we were hoping to get rid of. What I did believe in, though, was that for some people, a yard sale find might be their best chance at wearing Under Armour football cleats at all. That was a concept I could get behind, and I focused on that.

When I was in sales, on the days that I didn’t feel like working or trying anymore, I would think about the reward trip, and I would push ahead. Keeping my focus on my big picture goal kept me from getting lost in the weeds of the day-to-day sales.

I decided that my big picture goal for a yard sale was to get rid of stuff we didn’t need anymore. It wasn’t to make money or to win a haggling battle with some stranger in my driveway at 7 o’clock on a Saturday morning. The purpose was to clear the clutter, and I focused on that.

Back in my sales days, I got to the top of the sales rankings in part because I was an efficient salesperson who used my time effectively. The biggest time waster in a yard sale is pricing the items, then haggling over those prices. I decided that every single item would have the same price – one dollar, but no haggling.

The low prices would move the items and create excitement in my driveway. Plus, it would give people a chance to buy something they wanted at a real bargain price. We would all be happy.

On the Saturday of the Neighborhood Yard Sale, my driveway was full of people, and we were completely sold out by 8:30 a.m. It was a success. My favorite memory was the mother who almost cried when she found the football cleats. My second favorite memory was how I almost cried because I knew that I still had it. I still knew what it took to be a successful salesperson.

Obviously, I didn’t make enough money to go on a trip that morning. We did, however, enjoy victory bagels for breakfast in a blissfully clutter free house. It was almost as good as sitting on a sunny beach.

Maureen Paschal is a freelance writer, a teacher-librarian, and a mom of four almost grown kids. She blogs at Raising The Capable Student where her goal is helping parents to keep family life a priority and school success in perspective. Her work has been featured in On Parenting from the Washington Post, Grown and Flown, Perfection Pending, and Today Parents.

6 Yard Sale Tips to Create a Better (and More Profitable!) Experience
Yard Sales: What Happens When You Miss the Deadline?
The Great Easter Disaster
advertisement

6 Yard Sale Tips to Create a Better (and More Profitable!) Experience
Yard Sales: What Happens When You Miss the Deadline?
The Great Easter Disaster