Max was a small, friendly puppy alone in a cardboard box when Katie found him and brought him to her Manhattan apartment. Now, Max and Katie have formed a happy owner-dog family, and Max is very content to share his life with her. But one day, Katie brings home Duke, a large, shaggy dog who also needed a home. (SPOILERS THE REST OF THE WAY) Max hates the thought of sharing his home with a new brother, and Duke resents Max’s attitude – Duke has come from the pound, and can’t afford to be taken back in. Max conspires to get Duke in trouble so that Katie will get rid of him, and Duke conspires to get Max lost far from home. While trying to get rid of each other, they encounter animal control officers and a dangerous gang of human-hating mistreated animals. Facing this mutual danger brings Duke and Max closer to each other; their friends help them find their way home, and with their newfound friendship, they are able to begin life as brothers.

Katie brought Max into her home, because Max needed a home. Later, she sees Duke’s need for a home, and brings him in as well, telling Max that they are now brothers. We don’t know why Max needed a home – Katie found him in a box labelled “free puppies” – but Duke needs a home because he got lost; he had chased something, and lost track of his elderly owner. Katie’s home reminds me of a foster-adoptive home. The initially unaccepting feelings that Max and Duke have towards each other might be familiar to kids who have viewed new siblings with reluctance and skepticism. Duke feels desperate – he needs this home to work out. Max feels displaced – Duke literally takes Max’s bed and leaves him in the trash.

The dangerous gang of human-hating animals calls themselves “The Flushed Pets.” They have become embittered because they were discarded or mistreated by the humans that had cared for them. They are bent on revenge against the people who “said they love us, then throw us out.”

Max and Duke overcome a rough start to become friends and brothers.

Well – not really “challenges” for this movie. More like “things to consider.” For some families, this movie has a lot to offer; for others, the very same scenes could make the film painful and unpleasant. In this section, I’ll try to describe those key scenes.

Max and Duke express realistic feelings; Max does not want a new brother, and seems to fear being displaced. Duke acts out aggressively in response to Max’s cold welcome, Max tries to get Duke in trouble, Duke escalates his behaviors. Most behaviors make sense within a certain context – and for Max and Duke, the context of their behaviors is that each wants a place in Katie’s family, and they do not initially see how they can both fit. For some young viewers, and for kids who have issues regarding rejection, some aspects of this story could be very hard. For older kids, this film could be very helpful for allowing them to talk to their parents about their feelings regarding being new in a home, or about accepting a new sibling into the home. I think Secret Life of Pets has the potential to be a triggering film for some, and potential to be very helpful for others. Parents, you know your kids best, so you might want to screen this one first to decide how it will likely impact your kids. It’s definitely worth taking a look, and depending on your kids’ needs, it might be worth screening yourself before bringing your kids.

There’s a parallel to Finding Dory here (double spoiler alert!!) Dory and Duke have both wandered away from their homes, and have been lost for a long time. They both find their homes, and in both cases, their loved ones are gone. Dory is able to find her parents, and incorporates her new family with her original family. Duke’s situation plays out more painfully (although some would argue, more realistically). He can’t reconnect with his original family; he grieves this, and eventually bonds to his new family.

It would be possible for kids to focus on Max’s and Duke’s attempts to get rid of each other; it might take intentional guidance from parents for kids to view the whole story in context – Max and Duke have normal feelings which they followed into damaging behavior, but were able to be friends and brothers even though they initially didn’t think it would be possible.

To try to impress the dangerous gang, Max and Duke fabricate a story about how they used a blender to kill their owners. The gang howls approvingly.

Secret Life of Pets probably isn’t a good choice for families who have just recently added a new child into their home through adoption or foster care; kids who do not yet feel secure about their place in their new family might find this one very scary. It could also be rough for kids who have known insecure home situations, who might have fears (even unexpressed fears) of being taken from your home. However, for families who are considering adding another member to their family, this would be an excellent film to use to invite conversation about your kids’ worries, fears, and ambiguities about a potential new family member. 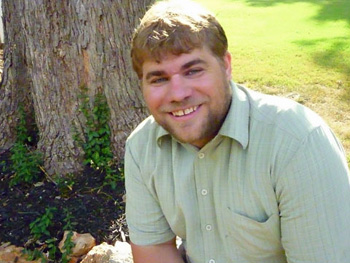 Addison Cooper is a licensed clinical social worker and the founder of Adoption at the Movies. He lives in Pasadena, CA, and has worked in the foster care and adoption world for ten years.

When Actions Speak Louder Than Words: Decoding Your Child's Behavior
Why a summer of 'nothing' turned out to be the best one of my mom life
How Can I Help You?
advertisement

When Actions Speak Louder Than Words: Decoding Your Child's Behavior
Why a summer of 'nothing' turned out to be the best one of my mom life
How Can I Help You?