How to prevent your kids from becoming addicted to cell phones 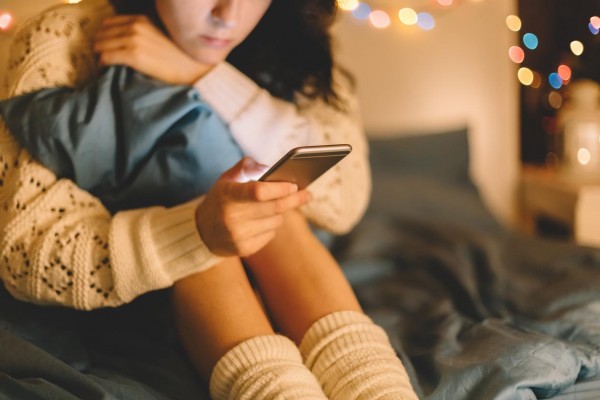 I admit that some mornings I have an instinctive reaction, which may seem strange, and probably hypocritical, but I will confess anyway. Right after the alarm goes off, I pick up my phone while I'm still in bed and take a quick look at my messages, emails and notifications.

I would be better off standing up straight, because this habit means that I often have to run to get everyone to school at the right time. Okay, I know this is not at all unusual; it is a well-established practice in the daily lives of many millennial.

But - and that's where it gets bad - as soon as I hear cute footsteps approaching (since they're running, luckily, I hear them from a distance!), I have a conditioned reflex. As soon as possible, I place my phone on the nightstand (sometimes interrupting an intense discussion in a chat group). It is simply evidence that, deep down, every parent intuitively knows that their example - or, in this case, their bad example - has a real impact on their children.

Imposing limits on your kids (like “no smartphone in the room!”) While you're hooked on your phone is a lack of consistency and credibility. If we act in this way, there will be no escape from the question: "If Mom does that, why can't I?" The secret is to be an example - a good example, not like me.

So take a shower instead of reading your e-mails when you wake up, put your phone in airplane mode during meals, limit your own use of screens when you are in the presence of your children, disconnect from your device when you have a conversation with them , avoid turning on the television as soon as you have a second of free time… It is precisely by adopting a healthy use of screens for yourself that you can instill good screen habits in your children, and teach them a healthy lifestyle.

How to deal with Children addicted to mobile

Summer is usually the time when parents buy mobile phones or lend them to their children in order to keep in touch with them. Once the door is opened to the world of smartphones, it is important to establish a "regulation" on the responsible use of the device to prevent the child from becoming addicted to the mobile. A mobile offers everything you need without trying, so a strong addiction to mobile is generated in children. On the other hand, when the child plays alone, he needs to stimulate his creativity and imagination in order to have fun. For this reason, electronic devices can cause addiction and dependency, especially if the use of these devices is done without any limits. The first thing we should do is agree on schedules that allow us to enjoy time with friends and family. This is the formula to prevent our children from becoming mobile zombies ( phonbies or nomophobes), addicted to the phone. Experts agree that spending too many hours on mobile phones with poor phone signals is detrimental to children's development because they make them passive people who do not know how to interact with others. Furthermore, they affirm that mobiles should not replace reading a book or playing time with siblings and parents.

For children, the primary use of Internet-connected devices is to play games, watch YouTube videos, and talk to friends. Ideally, let them use the mobile one hour a day and never exceed three and a half hours in a row to avoid mobile addiction in children. Depending on the age, these hours must be changed. The rest of the day you have to invite them to play and interact with other little ones; In addition, we must prevent children from sleeping with the mobile phone in the room. Parents play a very important role in this task; If children see that their parents use the mobile too much, they will use it as an argument to ask for more time of use. Turn the mobile into an ally We can turn our children's mobile phone usage time into an ally. How? By selecting appropriate content in series, documentary or movie applications in which we can make a closed playlist and control what our children see without worrying that they see something inappropriate. Also, we can use the mobile to promote family entertainment, since it can serve as a tool to socialize and find common interests through previously selected games. How to protect our children from the dangers of the Internet 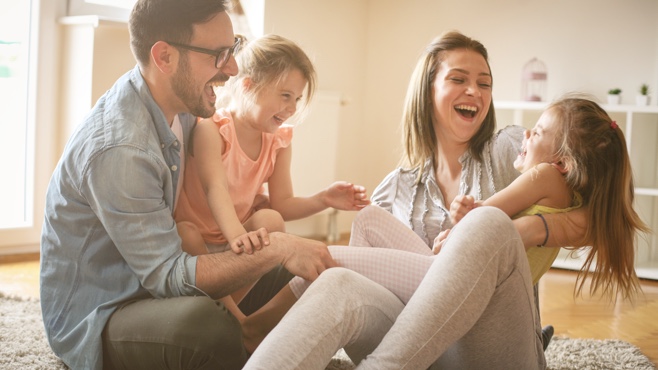 I write to help find our sanity and our joy and sometimes joy is found hiding out in the closet with our coffee, come and join us!

Kids Gaming Addiction: Tips & Prevention
How to Help My Child Not To Get Addicted to Gadgets?
Is It Wrong To Let Your Child Play With Your Smartphone?
advertisement

Kids Gaming Addiction: Tips & Prevention
How to Help My Child Not To Get Addicted to Gadgets?
Is It Wrong To Let Your Child Play With Your Smartphone?