Published by Jennifer Landis on February 17, 2017 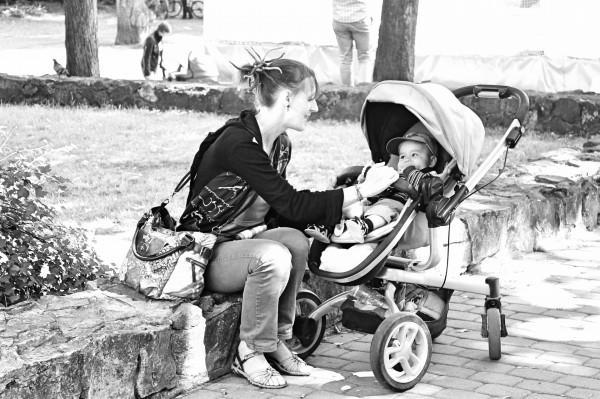 I’ve always been one of those straight-laced kind of people. Yes, you could probably call me boring. I never did drugs as a teen, never drank until I was old enough to buy my own alcohol and basically let my teenage years slip by without so much as a slap on the wrist. Pretty lame, right?

Once I had my daughter, I didn’t think too much about it. It wasn’t something I regretted. I still had friends who occasionally smoked pot or got blackout drunk, but it was never really my thing so I didn’t partake. Plus, pot was illegal and I didn’t want to do anything that would put my family at risk. However, one of my best friends from high

school – we’ll call her Sally – still enjoyed smoking a joint every now and then, even after she had kids.

Now, when it comes to marijuana, the world is different than it was 10 years ago. Eight states have legalized recreational use of marijuana, and another 29 have legalized it for medical use. Hell, even my backward little state finally got their fingers out of their ears and figured out that medical marijuana could be beneficial.

Sally had moved out to Denver for work in 2010, half a decade after we graduated from high school, so when Colorado legalized the recreational use of marijuana in 2014, she couldn’t have been happier.

She’s not a “stoner” by any stretch of the imagination. She doesn’t drive or go to work high, and never ever smokes around her kids. She just likes to be able to enjoy a joint once in a while after a stressful day at work or a stressful day with the kids that leaves her wanting to pull her own hair out. In spite of being extremely mindful of her marijuana use, Sally gets no end of crap from other parents.

“You’re going to turn your kids into drug addicts.”

“I’m calling CPS – your kids shouldn’t have to grow up with a druggie for a mom.”

That’s just a small sample of some of the garbage I’ve seen posted on her Facebook page, by her friends, family and complete strangers. She doesn’t advertise her smoking habits, but every time marijuana is mentioned in any context, out come the pitchforks and torches.

Facebook is an awesome thing for keeping in touch with old friends, but it’s also a stinking pit full of nasty, judgmental individuals that should probably be kept as far away from a keyboard as humanly possible. On the moon, maybe.

Marijuana’s Stigma and Why It Sucks

There hasn’t always been a negative stigma floating around marijuana. For that, we can thank Harry Anslinger, a prohibitionist who in 1929 found that he was about to be out of job. The prohibition on alcohol was over, so there was no longer a need for a Department of Prohibition, right?

Unless he could find something else to prohibit, that is. He set his sights on cannabis, and the rest, as they say, is history.

That stigma that an almost out-of-work government toady created in the 1930s has followed the drug throughout the intervening decades. Even though it’s been legalized for medical use in more than half the country, it’s still looked down on as a gateway drug or something that will destroy families.

Do you know why it sucks so much?

Because there are so many benefits to the use of marijuana. My younger sister, who suffers from debilitating tremors that don’t respond to any traditional medications, can enjoy her days like a healthy person after smoking marijuana. There are hundreds of similar stories, personal anecdotes that showcase the benefits of this drug, scattered across the internet. There are from elderly patients with Parkinson’s disease who can live tremor free after a joint and a 3-year-old girl with debilitating seizures that are now nearly cured thanks to a low THC strain of the plant that is now named after her.

I don’t know about you, but if one of my kids had a diagnosis that could be treated with the use of medical marijuana in any form, I would be on that treatment option like white on rice.

It’s not a miracle drug by any stretch of the imagination, but for many people it’s as close to a miracle as they need to get. While my friend Sally might not be using it for its medical properties, there is no reason for the backward stigma surrounding the medication.

Why is there such a stigma surrounding marijuana, which is beneficial in many aspects, when the same stigma isn’t applied to people who drink alcohol?

It’s no different, really. It’s a mind-altering drug that impairs your ability to function, damages your body and can result in death from overdose.

Oh wait – there’s only one thing that marijuana has in common with alcohol: the fact that it’s a drug. It’s pretty much physically impossible to overdose on marijuana and it doesn’t do long-term damage – at least none that’s been studied.

The biggest difference between the two is that alcohol is legal and in 42 states, for recreational use, marijuana is not.

You Know What Else Sucks?

While we’re on the topic of things that suck, do you want to know what sucks the most about this whole situation? It’s not the fact that Sally smokes pot, or that marijuana is surrounded by totally misplaced stigmas.

It’s that people, especially parents, are so judgmental to each other that it’s impossible to express an opinion or ask for advice without having someone threaten to call the authorities on you. Some of these parents think it’s their jobs to pass judgment on anyone who has deigned to give birth if their parenting styles don’t mesh.

It’s part of why I’ve abandonded so many parenting websites and forums. If Facebook is a stinking pit of judgment, there are some parenting sites that are a virtual abattoir filled with the rotting corpses of common sense and good intentions.

So where do I stand on either side of this argument?

Live and let live. My friend Sally isn’t doing anything illegal or immoral or dangerous. She’s not smoking around her kids, she’s not going to work stoned and she’s just utilizing a legal substance to help her relax. It’s no different than coming home and having a glass of wine or three after work, once the kids are in bed.

This argument will continue to come up again and again as more states move toward the legalization, either for medical or recreational use, of marijuana. If they legalize it in my state for recreational use, who knows, maybe I’ll even partake now and then myself.

When it comes right down to it, it is none of my damn business what someone else does with their free time and it’s none of yours, either. Judge not, lest ye be judged, as the old saying goes. Words to live by if I’ve ever heard them.

Jennifer Landis is a twenty-something mom and wife with a fierce love for peanut butter and naps. She practices yoga regularly even though her husband doesn't think it counts as exercise.

Should You Smoke Weed In Front Of Your Children?
The Danger of Rationalizing Teen Marijuana Use - Today's Joint Packs a Powerful Punch
The Lies Our Children Are Told and What We Can Do About It – Part 1
advertisement

Should You Smoke Weed In Front Of Your Children?
The Danger of Rationalizing Teen Marijuana Use - Today's Joint Packs a Powerful Punch
The Lies Our Children Are Told and What We Can Do About It – Part 1