Why I Let My Son Be "Late" For School

Published by Jennifer Reinharz on January 3, 2016 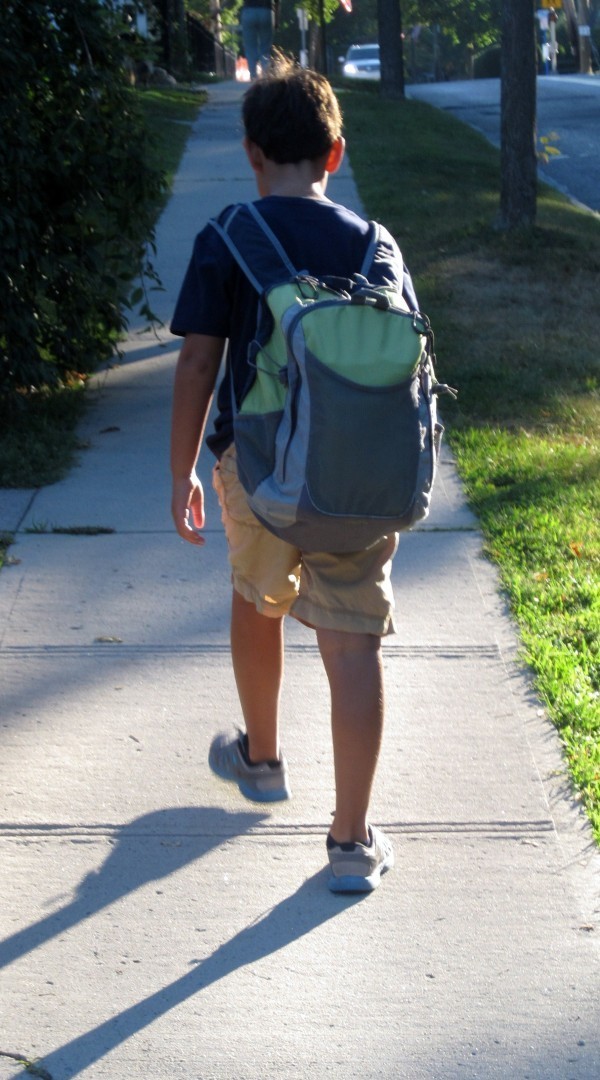 As seen in Scary Mommy

Late is something I am not.

Not to meetings or meet ups. Count on me to help the host kick off her party or the coach unlock the gym door. In the words of my grandmother, “Five minutes early is on time.”

Then I gave birth to Bubbe who arrived one week late and after two hours of pushing. A little guy who stopped to collect pebbles from the sidewalk, admire makeshift rivers on a rainy day, and construct block towers when he was supposed to be eating breakfast, Bubbe’s dawdling challenged my timely tendencies.

The slow approach appeared to stem from his developmental delays. As a toddler and preschooler, Bubbe worked regularly with speech, occupational and physical therapists. He and I did much schlepping to services during the early years.

To ensure my son got what he needed when he needed it, I planned our schedule around his clock. I laid out clothes, organized the diaper bag, and packed snacks hours in advance. I set timers, offered reminders, and built in daily dawdle time. There were days when Bubbe played along, but those were rare. “Hurry up” became a staple in my vocabulary and carrying his boneless body out the door and onto the next appointment became my primary source of exercise.

After a decade of exposure to my anxious nudging and keen management skills coupled with his hard work and a little maturity, I expected Bubbe to come to value my vision of time. No such luck.

This tortoise syndrome became a wider concern at the end of third grade when it led to academic road blocks. His teachers investigated. Turns out, Bubbe’s brain doesn’t send signals as fast as mine and most peers. To process, organize and focus thoughts and movements takes hard work and energy. Dawdling is part of his DNA.

Armed with the information, I intended to shift my parenting approach. But the thought of giving my child space to figure out his day at the risk of him being tardy rattled me to the core.

It doesn’t matter how Bubbe’s brain is wired. I thought. He has to learn how to move faster; use time wisely.

I held the reins.

Too big to fling him over my shoulder; prods graduated to threats, coaxing converted to yelling. I was met with eye rolls, I don’t cares and whatevers.Our home transformed into a battleground, leaving Bubbe and I frazzled and fried before the day began.

Then I went back to work.

My responsibilities multiplied overnight. I no longer had space in my brain to try and change his. I was forced to accept Bubbe was older and in charge of his actions. I was also forced to accept that he no longer needed me in the same way. I resolved to “do” my tween differently.

Step one: let him be late for school.

One morning soon after, I awoke Bubbe as per the usual routine and announced, “We are leaving at 7:45. You have until then to get up and do your thing.”

At 7:40 he was still in bed. “Your brother and I are leaving in five minutes. Just lock up on your way out. The school bell rings at 8:15am. See you there.”

The neighbors knocked on the door. Skootch and I left Bubbe behind.

As we walked the three blocks, I looked back but there was no sign of him. I dropped off his brother and headed across the school grounds toward the front gate.

I turned the corner toward home. There he was, strolling up the sidewalk; dressed appropriately, jacket on and with backpack in tow. For the first morning in weeks, Bubbe was smiling.

As we passed each other, my son leaned in and nuzzled his brow into my chest. “I love you, Mom.”

“I love you too, sweetheart. Enjoy the day.” We went our respective ways.

And no one was late.

A few months in, our mornings albeit slower, are more peaceful. Bubbe manages to beat the school bell on his own clock and without my intervention. His teacher, who has implemented appropriate accommodations, believes his school days are positive and productive. As for me, I’m doing my best to nurture Bubbe’s true nature in baby steps. As my son can attest; these things take time.