Published by Ginger Newingham - Our Moments Defined on April 27, 2017

As a mom of children with special needs, I have learned to let my pride fall and apologize quickly. When my son calls a stranger fat or my other child licks our neighbor’s ankle, I am humbled and often embarrassed.

A few weeks ago, we took our sons out to eat. The restaurant was having a fundraising night (unbeknownst to us) for one of the local school districts. The store was packed and children abounded. We bought our sandwiches and even supported the local school. We ate, and our boys expelled their energy in the playplace.

As my husband and I sat after the meal, we unpacked parenting and the lives we’re living. Soon, a gentleman and his son appeared at the table behind us.

From the moment I saw the boy, I knew.

There wasn’t anything about his appearance that might trigger this knowledge, but watching his interactions and his demeanor, I saw my sons in him.

I saw that this boy was special.

His father was struggling to keep the boy close. The child was overstimulated by the large number of patrons and the busyness of the restaurant. Within an instant, the boy appeared at my side.

He hurriedly nabbed the card game from my sons’ meal. The young man opened the game and began to examine every piece. His presence was near and he leaned against my arm as he bombarded me with one hundred questions.

He was close in age to my oldest son and had similar social boundaries. I delighted in this boy’s presence. 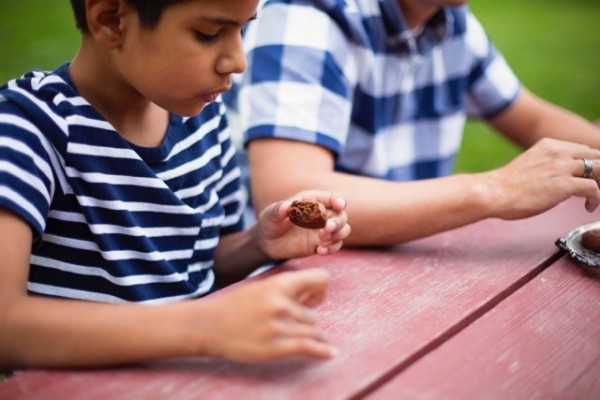 His dad, on the other hand, was mortified. He quickly apologized and pulled the boy away. He returned the game and hung his head.

I nodded and reassured him everything was fine.

Soon the boy was seated. He spoke fast and loud as he inquired about everything in his surroundings. His father seemed exasperated and tired.

The boy grew bored of his father and turned back towards me. He began to show me the letters he knew in sign language.

He obviously had no idea I had studied sign language in college. 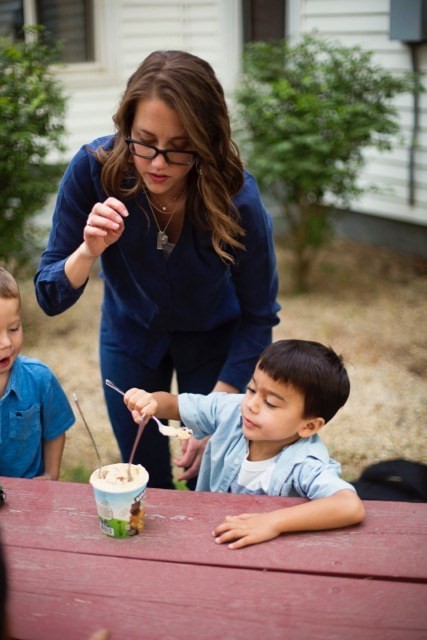 The next thing I knew, the boy was practically in my lap, and I was teaching him to sign “sea turtle” and “rabbit.” Again, his father was stressed. He apologized profusely and pulled the boy away again.

But the boy would not be dissuaded. Chance and I spent the rest of our meal talking with the boy, practicing sign language, and encouraging him to try the fruit in his cup. At one point, this sweet child peppered my arm with kisses.

As my own children grew tired, and it was time to pack up, tears flowed from my eyes. Chance saw me and nodded in agreement. He knew what I was thinking.

Chance stood and walked over to the boy’s father. He shook the man’s hand and thanked him for sharing his son with us. 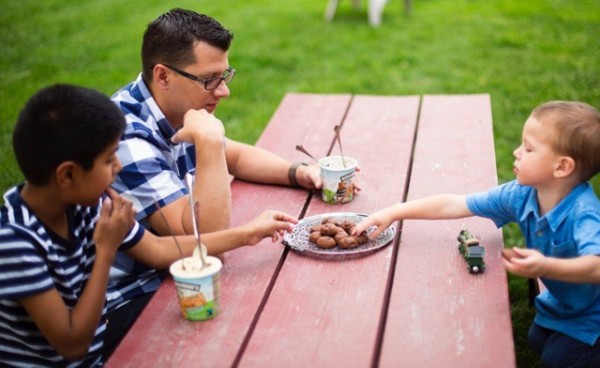 Chance thanked the man for letting us love his son. He explained to the man about our oldest son. Our son lives in a group home because the actions that accompany his autistic diagnosis have led him to be unsafe. We have spent years on the side of apologies and attempts to keep him within the confines of social boundaries.

We, too, have dreaded taking our son in public for fear of the public’s reaction.

But along the way, we have met warm and forgiving people. We have been accepted and loved. Our son has been engaged and encouraged by strangers.

More often than not, our son’s hugs have been received with open arms and his inquiring utterances have been answered with grace.

That day in Chick-fil-a, we were given the opportunity to be that for another child with special needs.

The tears came to my eyes because until you have a child who pushes boundaries and forces apologies, there is no way of understanding the kindness of strangers who accept your children for who they are.

To the tired father in Chick-fil-a, I want to be that for you.

Dear readers, let us all be that for each other. 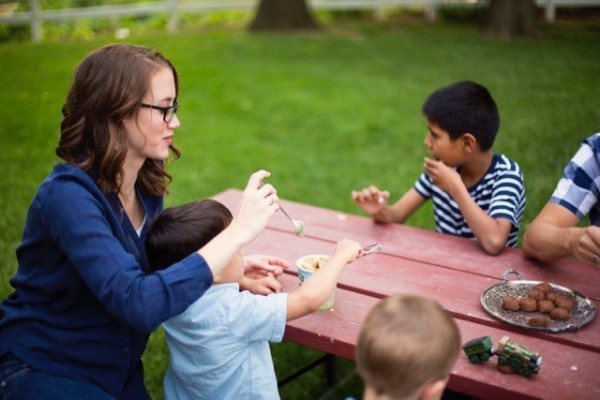 Let us be forgiving and kind as children explore and question. Let us be the village of support parents need as they struggle through bringing their special kids into public.

Let us be loving, accepting, gracious, and kind. Let us be that for each other.

In my home, I am in charge of wiping noses, wiping bottoms, wiping mouths, and wiping off the table (with different rags, of course!). My husband and I live in Athens, IL with our three children - a Bulgarian, a biological son, and a Latvian. I blog all about living intentionally while raising two adopted sons with special needs.

Mother of The AltRight-We Are Raising Torchbearers Too
Their Two Dads
The Night My Husband Became A Father (To A Preemie!)
advertisement

Mother of The AltRight-We Are Raising Torchbearers Too
Their Two Dads
The Night My Husband Became A Father (To A Preemie!)