My 4 Year Old has 5 CAVITIES! Does that make me a BAD MOM?

Published by Nicole McGregor on September 9, 2015

My little boy has 5 cavities.

Does that make me the worst parent ever?

Really... more cavities than his age? Gulp. Have you ever felt like the worst parent ever? It's happened to me... a few times. This was one of them.

A few months ago, at the beginning of Summer... we went to a routine 6 month check up for my kids at the dentist. We started doing that when they were like 1 year by the way! Anyways, my 8 year old daughter had her check up and everything was fine. But when it came time to look at my son's x-rays I saw a look on the dentist's face I haven't seen before. He took me in a room, without my children, to talk. Uh oh. That's when you know something's wrong.

"Your son has 5 cavities" he said kindly and somewhat empathetically, "I know that's a lot for such a young boy..." my response was what many of yours would be: 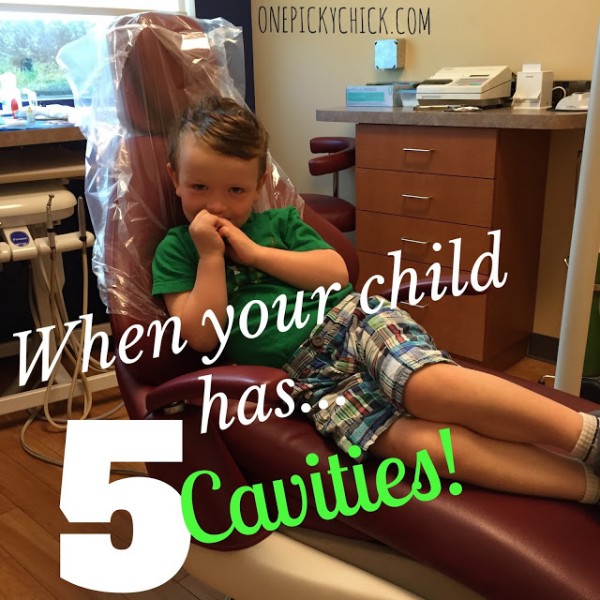 "Yes," he goes on to calmly say... "he had a little shadowing at his last visit but now it's turned into full blown cavities and even though they're his baby teeth we're going to have to fill 3 of them." The other two, they would watch. I could see he was bracing himself for my reaction. He's had Moms scream, cry, yell, faint... it's quite a shocker! But I contained myself, as I guess, many others do not in this crappy situation and my only question was WHY?

Because at that moment, you really do feel like the biggest tool alive. "I swear," I found myself saying, "we brush his teeth twice a day and he doesn't eat thaaaaaaat much candy! The dentist then goes on to tell me it's not my fault. That unless I gave him soda everyday, it's just part of his - like - genes. Especially due to the placement of the cavities... which were in between the teeth, not on top of them. "Ohhhhhhh," I said, "should I have been flossing already? I figured his teeth really didn't touch so I didn't have to keep on top of that too much yet!" Nope, he assured me, it's the make-up of his saliva that has given him cavities. That's why my daughter, hasn't had one yet!

So, I felt a tad better until I spoke to BP (the husband) who swore it was all those gummies I fed him. Then another doctor friend said dentists just tell Moms the gene thing so we don't feel so bad! Well... it worked... for a while. But Was it my fault after all?

Two months later (after our Summer trips) we went back to the office to get 2 of the 3 cavities filled. We split the jobs up since there were 3 so we'd do 2 total visits. As we were driving to the first appointment he proclaimed in the car he wasn't going to do it... he was scared. But the terror turned quickly when he got in the chair and he was a master.

He was given a small amount of laughing gas at each visit and novacaine to get the job done. It was a little alarming to me (yes I looked up side effects of laughing gas on children) but he did fabulous! 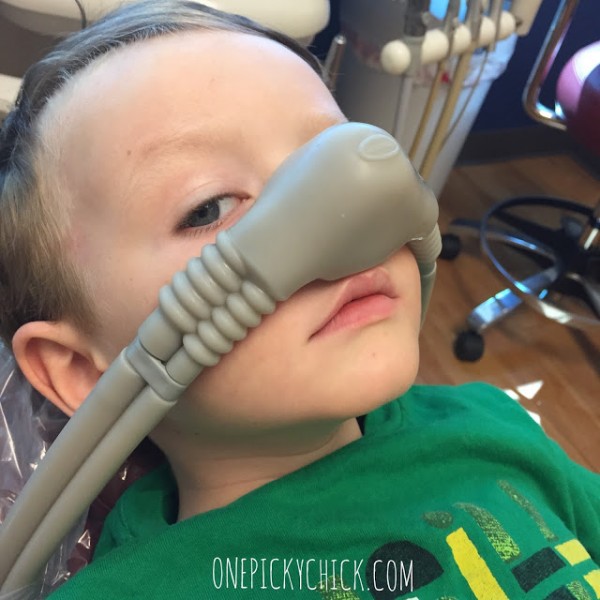 In fact, he didn't kick, scream, push them out of his mouth, cry or throw a tantrum of any kind. Because, apparently, that's what MANY KIDS DO - He was the perfect patient! 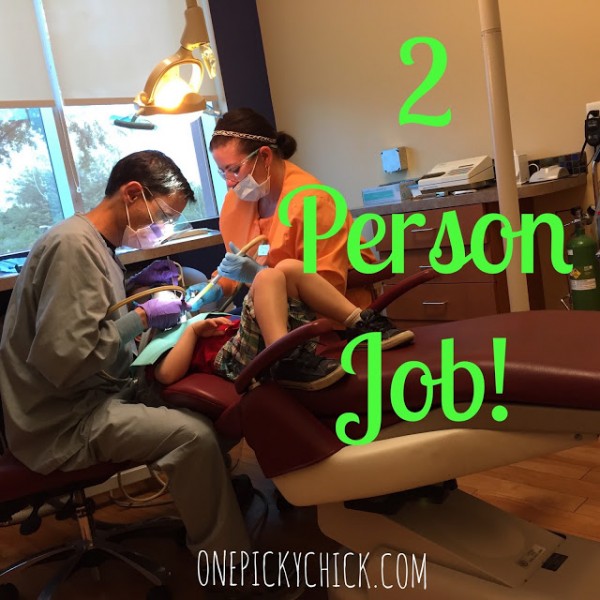 They warned me the numbness would stay for at least an hour after the procedure and to be careful - some kids - bite their face off because they can't feel it! But he didn't do that either. He just got some prizes and were were on our merry way! 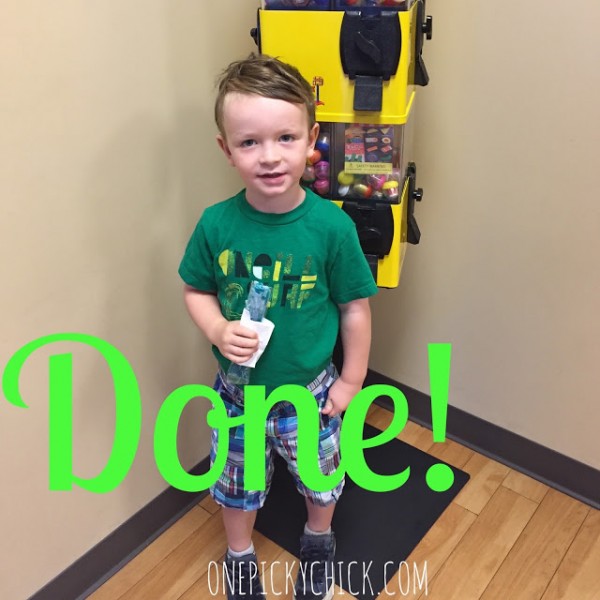 In the end, yes I'm still very disturbed he has 5 cavities at such a very young age but - once again - the dentist (who did his thesis on this very topic) swore to me it was not my fault but indeed his own "saliva genetics." And I'm choosing to believe him. He gave me serious reason to do so. We are now adding fluoride to his nightly routine and I am learning more about parenting through this somewhat mortifying experience:

1 - You children will rise to the occasion... if you let them!

2 - You can do your very best to protect your kids... but sometimes it's out of your hands.

3 - Don't worry if you LOOK LIKE the worst Mom ever... you know the truth.

So good luck to you - if you ever have the unfortunate experience of discovering multiple cavities in your child's mouth. Remember it's not the the last time you'll feel like the worst parent ever... but I bet your children will remember you as the best parent... first!

I'm a former TV Journalist turned full time Stay at Home Mom. I started a blog because I missed sharing stories. I try to do my best in all things house, home and family because we've only got one chance at this crazy life.

Checklist for First Dentist Checkup for Your Child
The Last Kindergartener
So your child has a dental emergency! Now what? Chances are your Dad will know what to do.
advertisement

Checklist for First Dentist Checkup for Your Child
The Last Kindergartener
So your child has a dental emergency! Now what? Chances are your Dad will know what to do.