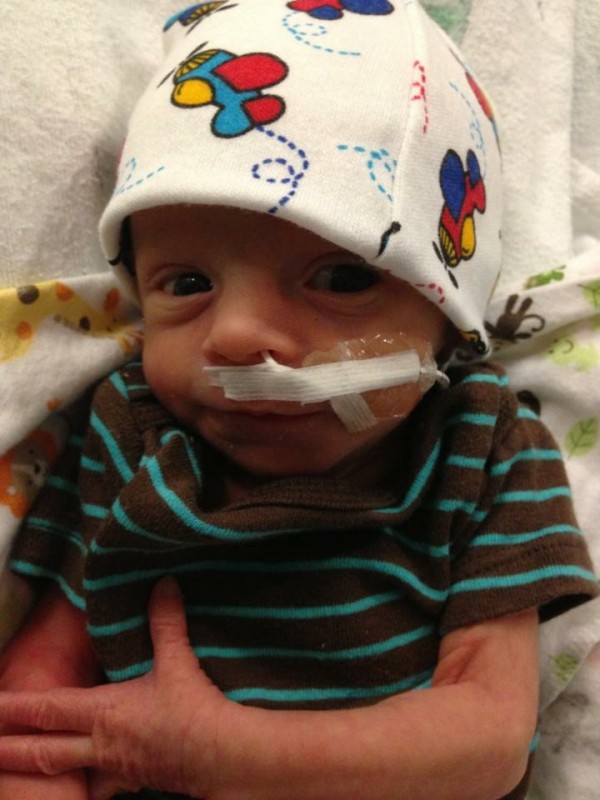 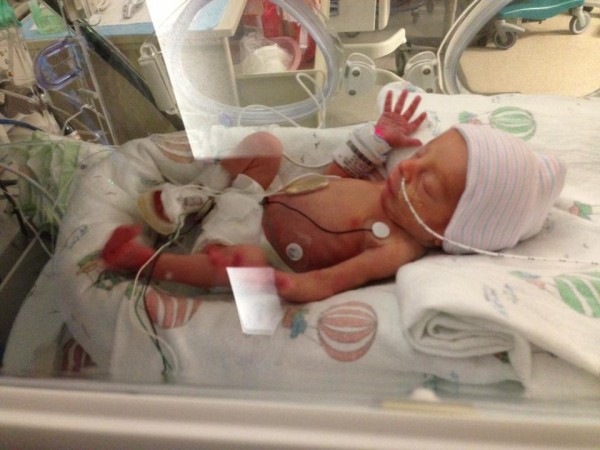 I was 33 weeks, going to a routine ultrasound, when the ultrasound tech, runs and grabs our doctor, the findings showed he- my baby- had not grown in 4 weeks inside my womb and my placenta was already "old" as the doctor put it. He sent me to check in at L&D- the scariest moment of my life, child birth is hard enough, but not knowing if your child will be ok, was the worse. Going from having contractions induced by Pitocin, each contraction was cutting off blood supply to the placenta and my baby, they sent me for a c-section. My spinal didn't take, so they had to rush and get me under general anesthesia, I wasn't able to see my newborn boy in the NICU for 9 hours! I was dying to see him. The sweet L& D nurses finally wheeled me over to the NICU, that's when I first laid eyes on my 3lbs 14oz baby boy! He was doing great at first, breathing all on his own, then a few hours later, he started having episodes apena, and wasn't feeding enough, they had to put him on O2 and a NG tube feeding. I never imagined changing my child's diaper around so many machines and wires, never imagined not being able to hold my baby boy, but each NICU nurse was so helpful, so positive to me. A month later, Brayden (who is now 4) got discharged from the NICU! I still keep in contact with all my sweet NICU nurses and doctors, and all the parents I made friends with from the NICU! Since then- Brayden is a big brother to TWO younger sisters! He's grown into such a big boy, and a young gentleman! I will ever be thankful for everyone who made my pregnancy and NICU experience great! ❤️