Published by Megan Shady on November 8, 2017

My husband and I tried for three years to conceive before giving up and going to fertility. We went to the consultation on January 4th, 2016 and during testing on January 11th, found out I was already five weeks along. I had battled depression and anxiety over going to fertility, I had a hard time understanding how everyone else could just get pregnant and I couldn’t, but to hear we were expecting before having to go through anything else, was a huge relief.

My pregnancy could not have been better; no morning sickness, no pain, I didn’t even have cravings. I did have gestational diabetes but it was controlled with diet and exercise and wasn’t a concern. We both wanted a boy, to the point I felt I desperately needed this kid to be a boy... we were having a boy! Everything just seemed so perfect.

Around 32 weeks, I became increasingly paranoid about having an ugly baby and that they had his gender wrong. I knew it was irrational and my OB just said it was hormones. My blood pressure was temperamental and I was put on weekly appointments. At 33 weeks, I asked for an ultrasound and was told there was no need, they wouldn’t do one just to show me he was a boy and not ugly. So, I booked an appointment at an ultrasound place in town. I went in a couple times and they said he was just being stubborn.

At 35 weeks, 2 days, I went to the ultrasound place for a third go at it and she decided to take measurements. Afterwards, she said my fluid levels were low but not to the point of being a concern, however she was sending my information to my OB and wanted me to go in.

At 35 weeks, 3 days, I argued with the OB’s nurse over getting another ultrasound and she said they didn’t take this other company seriously, they always had people running in thinking they had issues because of them and that they would do another ultrasound to calm nerves but I would not see the OB that day. I went in and they did a bpp. I asked the tech if everything was okay and she said the OB would come talk to me. He came in and told me he had called the hospital, I was to go there immediately and the OB on call had been notified I was coming.

I called my husband, I don’t know how he understood me, I was crying so hard I could barely speak. We went to the hospital and I was monitored and had another bpp. The perinatal specialist said my son was not trying to breathe on his own and things were bad. Suddenly, we were bombarded with nurses. I was being hooked up and prepped for surgery. The OB on call came in and I asked if everything was okay and he pretty bluntly told me they didn’t expect my son to live. We were walked through rescussitation and life saving procedures. Everything was a blur.

What I remember past that conversation was very little: the time on the nurses phone when they got the spinal in (6:56pm), the tarp in my face smelled like burnt crayons, my nose itched (apparently a side effect of the spinal) and my son crying.

My husband said when he came into the OR after the spinal was in, about 15 people from the nicu were waiting. He said he sat with me until a nurse asked him if he wanted to see our son. We had a spectacular nurse, Hannah, who had asked for one of our phones beforehand and took a ton of photos. My husband got to cut his cord and help clean him up. Then suddenly, both of them were by my side. He said no one told him he couldn’t pick him up, so he did. He said one by one, all the nicu staff left, until just one nurse walked them back to our sons room.

He had blood sugar issues, at one point his blood sugar was 17. But other than that, he was healthy. He was 3lbs, 15.5oz, 16.5 inches long. We had undiagnosed IUGR that they thought set in around 33 weeks. We were in the nicu 13 days, half for blood sugar and the other half for feeding.

Today, my son, Aidan, is a happy, healthy, ornery 15 month old. He’s walking, talking, causing mass amount of mayhem, harassing our cat, loving on our dogs and at times, kind of weird (he is half of my husband after all). He’s on track developmentally though he is small, only hitting about the 10th percentiles for height and weight. The pediatrician said as long as he’s growing, that’s all he cares about. He will probably never see anything above 50%, if that, but he’s perfect the way he is.

And did I mention, he’s a bit of a heartbreaker? Everyone adores his big blue eyes and long eyelashes. We’ve had people stop just to tell us that high school is going to be rough on us!

At times, I feel guilty for telling our story. We didn’t have a micro-preemie or a kid with a bunch of health issues. We didn’t have a long nicu stay and have been so fortunate after we left. I feel like others, who haven’t been as fortunate and had longer, more difficult journeys, see it has gloating. But I don’t think I will ever forget that OB telling is he wouldn’t live, the fear of losing my child I wanted so badly. Preemie moms/nicu mom, we love differently. We know the reality of how short and unexpected life can be and it changes us forever. 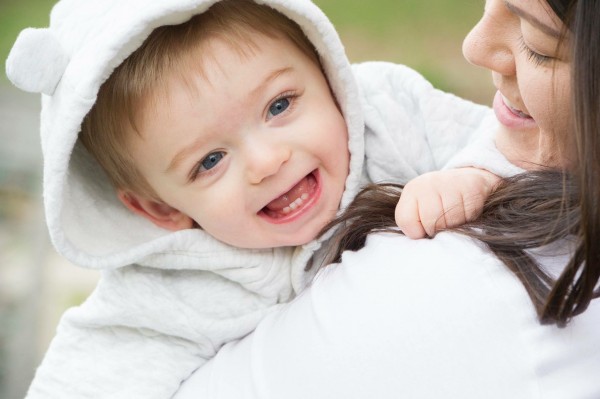 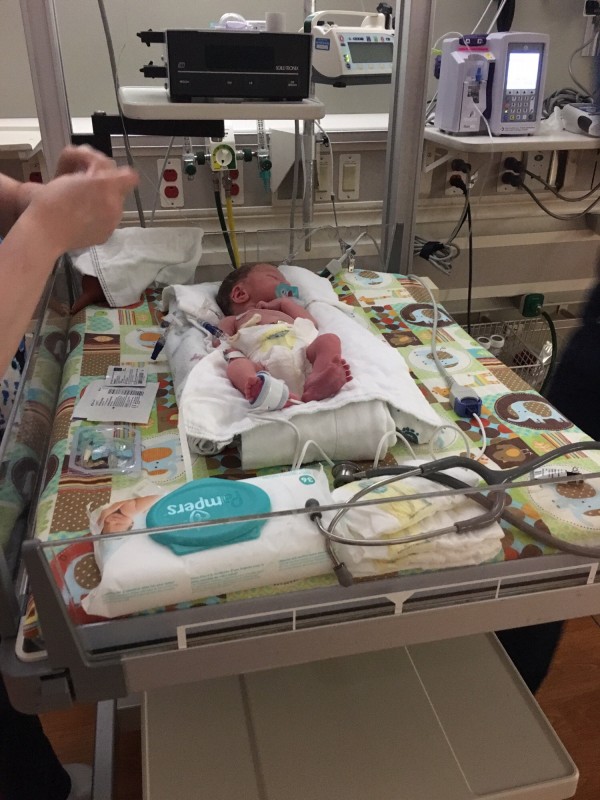 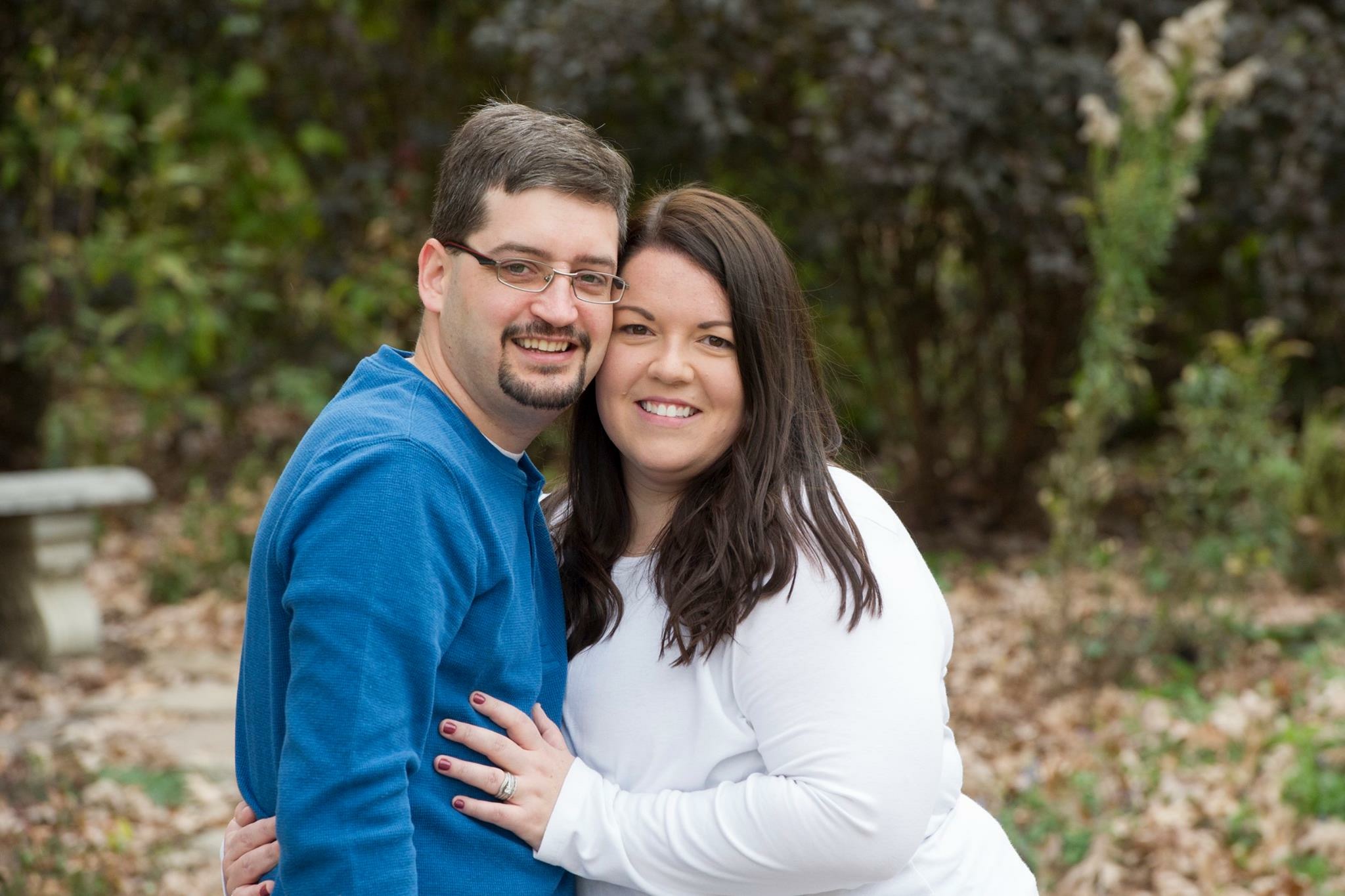