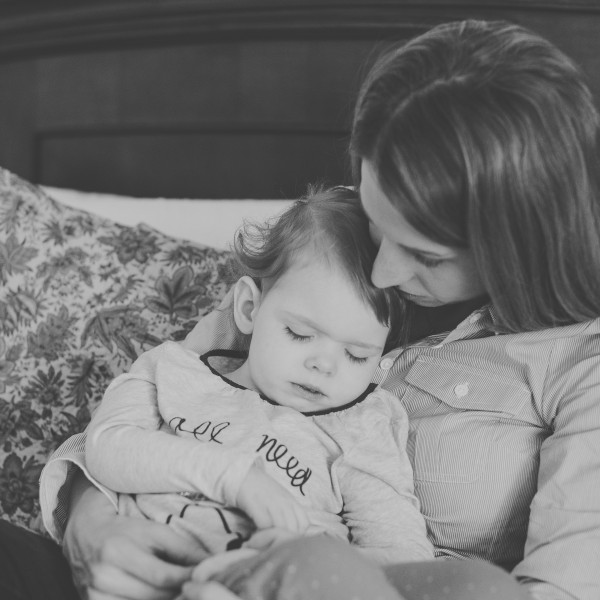 Over the last nine years I have been to more funerals for children than I have been for adults… in my entire life. I have a group of friends that are bereaved mothers and ones that will likely outlive their children. Before my daughter, June, I didn’t know many people who had lost a child, and now it is more typical than not in my small world.

Recently our community of parents lost another warrior, Ozzie Deason, and it hurts just as much as the first time I heard of a child dying from similar conditions as June had. The only difference is now I am not surprised by my intense emotions. In 2019, after an epilepsy warrior died I wrote a blog post, Other People’s Losses, and how the passing of each child inches me a step closer to really feeling my own daughter’s death. I am sharing it below in this blog post in case anyone out there feels the same.

Kelly Cervantes, a mother in the medically complex/epilepsy/undiagnosed community, recently shared news of her daughter’s death. Any time a child dies, my heart aches. But when I heard the news about Adelaide, I felt like I was transported back in time to June’s death. I know it’s common after grief and trauma for similar circumstances to bring up old emotions. This past week, however, I’ve been surprised by how much my own loss has resurfaced. I first heard about the Cervanteses shortly after our own daughter, June, died, three years ago, and I’ve followed their story ever since. Kelly is married to Miguel Cervantes, the lead of the Chicago production of Hamilton. She runs a blog about her family’s journey with a special needs child, and they have held fundraisers and done outreach for Citizens United for Research in Epilepsy (CURE). I’ve been grateful for Kelly’s ability to bring more attention to infantile spasms, a catastrophic type of epilepsy that is difficult to control and has a very poor prognosis.

Maybe it was the similarities between Adelaide and June? Adelaide, had so much in common with June—and with many other children in our community. They had similar symptoms: infantile spasms, developmental delays, feeding issues and other medical complexities that required around-the-clock care. And they both had “bug” lovingly attached to their names: Junebug and Adeladeybug, which makes me smile.

After Adelaide’s death, I couldn’t get the Cervantes family off my mind. As a mom who has lost a child to a medically complex condition, I’ve been worried about Kelly and how she is holding up. I can’t emphasize enough the drastic change of going from having a child with significant needs for nearly four years, and then not having that child to care for. You are living in fight-or-flight mode for

four years straight, and suddenly everything makes a dramatic and unwanted 180-degree change. For me, the “calm” I experienced after June’s death felt suffocating, and I felt I had to fill the void. How would Kelly handle this change?

The passing of children like June also seems to always inch me a step closer toward really feeling my own daughter’s death. A year after June died, I was sitting at the funeral of another little girl, Mya, with tears streaming down my face. Mya’s mom was one of the first parents I met after I began to fully understand the magnitude of June’s health complications. I was definitely crying for Mya and her family. But I could tell that part of my grief was also about my own loss. I was crying so hard, partly also for June, and for me, my husband, and my family.

Ironically, I didn’t cry at June’s funeral. Everyone else did, and at the time I couldn’t understand my own frozen-seeming emotions. I felt apart from the other mourners. Of course, I’d been crying for two weeks already, while she was on hospice. I’d been waking up in the morning crying, and going to sleep at night in tears.

These experiences have taught me that you grieve a child like this in little bits, while they are still alive. By the time of the funeral I was numb, perhaps. And exhausted. In my journal after the celebration of her life, which we held two days later, I wrote: “I feel like my emotions are different than everyone else’s. They are so saddened and shocked by her death. But after the hell of watching her die and letting her go, we are relieved that part is over.”

In the immediate aftermath, and really for the next couple of years, I felt like I had to fill the emptiness her death left, or I would break. I am not someone who likes to sit still for long anyway. I always want to be in motion. Movement feels like progress. But this was different. I’d grown accustomed to never having a moment’s rest, and that somehow seemed normal. Also, there were too many bottled emotions that might surface if I slowed down.

Fortunately, I was pretty busy, and I kept it that way. I had an eight-month-old new baby by then. I started the June Jessee Memorial Foundation and hosted fundraisers and events for families. I got pregnant with my third child. I had that child, another healthy baby boy.

So many things you think will absolutely kill you, don’t. You do get up. You do go on. In my case, I postponed my grief, to some degree, until I could better handle it. But as I’ve learned, that grief comes back. And it returns with a force that can shake you. People who haven’t lost a child or experienced a similar trauma can be surprised by the rawness of the grief, even years later. Time has passed, they may think. Your life is filled with so many positives. Focus on those.

Time has passed, and my own life has brought many gifts. But like me, many grieving mothers I’ve met during these past few years have trouble reconciling their recurring bouts of sadness with the expectations they feel others might be foisting on them. One woman, in particular, told me she worries that people suspect she “just wants attention” when she talks about her son, who died a few years ago. I’ve sometimes worried about that with June, too. She is on my mind, but what do other people think about that fact? And then, of course, I’ve also tried to tell myself that I don’t care what other people think.

We all care about what others think, at least a little bit. But my current attitude about this fear of judgment has changed. Now I think: Well, so what if a mother who lost a child is seeking attention for her grief? Even years later? Maybe she needs it. Let’s give it to her. It may seem like an extreme need to others, but it’s very hard to fully feel someone else’s loss. We don’t have to solve it for her. But let’s sit with her. Let’s accompany her at this moment, when this feeling of sadness has recurred.

Losing a child is cyclical, in a way. That loss doesn’t go away, even as the date of it recedes. Sometimes good things that happen in the present can even highlight the loss; you see this new benefit as standing in contrast to what went before. We can be happy and heartbroken at the same time. Even the most well-meaning people can have trouble really understanding what that feels like, year after year, or why an event in someone else’s family can trigger such raw feelings. Just because our lives go on and we’ve found happiness and moved forward, doesn’t mean we aren’t bleeding a bit as we do.

What can we do about it? One thing we try to do at the June Jessee Memorial Foundation—and that we can all do in our own lives—is take a look around at the people we know. Who might be experiencing an anniversary of a loss, or witnessing something in someone else’s life that recalls an experience of their own? Sometimes just reaching out to people and checking in on them is the best thing we can do.

Genny Jessee is the co-founder of the June Jessee Memorial Foundation, a nonprofit dedicated to providing relief and support to children with devastating medically complex, neurological conditions and their families. She and her husband founded the JJMF in 2016 in honor of their brave daughter, June Jessee, who fearlessly faced the multiple, life-limiting conditions she endured. Genny is also the mom of two young boys and finds herself living between two worlds – that of her life with June, which was far from typical to her life now that is seemingly “normal.” You can read more of her work on her blog, Sorry to meet you this way, and find her on Facebook and Instagram.

Why the New Movie "A Quiet Place" Made Me Cry
What Did NBC, Mark Zuckerberg, Kathie Lee Gifford, and Hillary Scott Get Right About Pregnancy Loss?
As A Parent Who Has Lost A Child, Please Don't Tell Me How To Grieve
advertisement

Why the New Movie "A Quiet Place" Made Me Cry
What Did NBC, Mark Zuckerberg, Kathie Lee Gifford, and Hillary Scott Get Right About Pregnancy Loss?
As A Parent Who Has Lost A Child, Please Don't Tell Me How To Grieve