Our Kids Caught Us Having Sex: A Hilarious Lesson of Parenthood and Intimacy 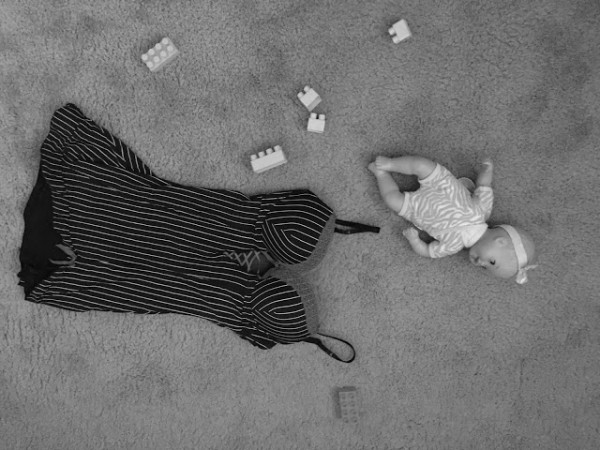 Relationships have their ups and downs. Throw parenthood, busy schedules, and work into the mix, and at times it can make for more of a roller coaster ride than a smooth sail.

We were in a 'roller coaster' phase recently and the weight of the guilt I was harboring for my part in our downward roll was getting to me. I admit that there are times when I am kicking ass at the whole mother, wife, friend, ....(*insert a thousand other roles) thing and I'm on top of the world. Then there are the times when all the dozens of messes, mishaps, and kid catastrophes (that happen daily) seem to roll over me like a giant wave of water and I'm fighting to find the surface, let alone come up for air.

So there we were, in our roller coaster phase, when my hubby came home early from work. As Sean walked in the door, he was greeted by his adoring fans with hugs, kisses, and excited chatter. ( No, the kids never act this excited when I walk in the door. Sigh...)

The baby monitor beside the couch crackled to life and I heard baby babbling. My 14 month old nephew was awake. I headed upstairs to my room where the crib was to pick him up, and on my way back down I saw my brother had arrived to collect him.

We said our goodbyes, and as the front door closed I saw Sean pop the last of a sub sandwich into his mouth. He gave me a perfunctory kiss on my forehead as he headed to the stairs. Really?! That's it? We've hardly seen or spoken to each other in days. He had fallen asleep reading the kids bedtime stories the night before, and I had fallen asleep with our 4 year old during bedtime cuddles the night before that. Not good. Geez, I was starting to feel like we were not only on a roller coaster, but maybe even in separate cars.

The kids piled on the couch to start watching the newest animated blockbuster and I decided the time had come to take action.

Call it a cliché, but in my experience it seems to hold true. A couple of man's favorite bonding activities are eating and having sex. Well, he did just finish a sandwich....

As I clicked the lock on our bedroom door, I could hear him in the bathroom streaming something on his phone. A minute later, I loudly called out, "All the kids are downstairs watching a movie, I've just locked the door and then I accidentally fell into bed, naked. Who ever will save me, I'm all alone." The click of the smartphone turning off immediately echoed through the bathroom. I smiled. I heard the water running from the bathroom sink seconds before the bathroom door was thrown open.

Hands on hips, chest thrust out, he emerged. In his deepest, superhero baritone, he announced, "Fear not fair maiden, for I am a military officer, and I shall be happy to service you." At which point he wiggled his eyebrows suggestively and winked at me. Half a second later he took a running leap onto the bed and we burst into hysterical laughter.

Minutes later, the laughter had died and was replaced by sighs, fast breathing, and possibly some praising of higher powers.

(Wait. Is this too intimate to read? Yes, I think it is. Such things should be kept private between the two parties with no one else's knowledge!)

So you can totally imagine my shock, and HORROR, when the forgotten baby monitor crackled to life and my daughter asked over the intercom feature, "Are you two having sex up there?! What are you doing?!!"

We sprang apart so fast that as Sean's feet hit the ground his velocity sent him careening into the wall. Meanwhile, I got a leg twisted in the bedding and landed head first on the floor, on the opposite side. I immediately started army crawling across the floor on my elbows, in my birthday suit, while trying to kick my legs free of the bedding.

I reached the monitor, hit the "off" button, and threw it across the room as if it was an armed grenade. Before it hit the ground, Sean dove for it, and in a move worthy of an ESPN replay, caught it. He was now laying naked on the floor, cradling the baby monitor in his hands. "Don't turn it off, then we look guilty," he snapped.

"We are guilty! I can’t believe this is happening, no, no, NO!!” The mortification had ceased the proper functioning of my brain. Sean clicked the "on" switch and yelled into the monitor, "That's completely inappropriate, of course that is NOT what we are doing!" In response, we heard multiple kid voices query, "Well why is the monitor making funny breathing sounds? We know you're doing something! We heard you talk about naked stuff and laughing!"

Suddenly, a lie sprang to my lips. "We were just joking around, and daddy is teaching me some exercise moves. We are doing push-ups and sit-ups, that's why we're out of breath. Why would you imagine something so inappropriate?! Come on daddy, you finish up your push ups. 1,2,3," I continued to count aloud. Sean gave me a dubious look but played along. "8,9,10..." he chimes in.

To say my skin was flushed with embarrassment is an understatement. My cheeks were on fire. Sean loudly called out a couple of stretching tips then turned off the monitor.

We might not have smooth sailing, but at least I know my partner is with me for this roller coaster ride. Aww, parenthood. Lesson of the day: Always check to make sure the baby monitor is turned off before seducing your spouse.

Casey Enzo- A Fighter in the NICU for 11 months
My million $$ Dollar baby, literally!!
The biggest kid in the NICU!
advertisement

Casey Enzo- A Fighter in the NICU for 11 months
My million $$ Dollar baby, literally!!
The biggest kid in the NICU!