My husband and I struggled with infertility for quite some time after we were married. While dating, we both had voiced that we had the desire to Build our families through adoption, but we would have never expected the journey we have been on. In May of 2015, through multiple fertility treatments we conceived a child; however, the embryo was an ectopic pregnancy, and I had to have emergency surgery. After my recovery mentally and physically, we went to another fertility specialist for a second opinion. After we were told that IVF was our only option, we went home to discuss ivf vs adoption. My husband was all for adoption, but my heart was hesitant. After praying and talking with a friend, we decided to proceed with adoption. We started the process in October of 2015. Around Thanksgiving, we were presented with a birth mom’s case that fit exactly what we had been praying for. We asked that our profile be submitted for selection. There were five other couples submitting their profile for consideration to this birth mom. One of her requests was that the family already have atleast one child. We were told that we were the only couple that did not have a child, which made me nervous. However, on December 7th we received the call that she had chosen us! The baby was due February 14th, and we planned to announce the news to everyone on Christmas Day, however 9 days later I received a call that the baby had been born! It was a GIRL! And we were told to pack a bag and get on the next flight... and to pack enough to be there until February! I called my mom and we ran to Target to get baby essentials, as we were waiting until after the holidays to prepare a nursery. We threw clothes in a bag and my in laws drove us to the airport. The whole flight there, I worried so much about the baby. I hated that we weren’t able to be there right when she was born. Was someone holding her? Cuddling her? Letting her know that her mommy was coming? When we arrived, we went to check in to the hotel and then straight to the hospital. I was a NICU nurse for 4 years, so I was prepared for how the baby may look or what condition she may be in, but I knew my poor husband who was completely terrified was clueless. I prepared him as well as I could. When we arrived, we buzzed in to the nicu and told them we were the adoptive parents to.... we didn’t know her name! When we walked in and washed our hands, I told the nurse we were there for a baby girl that was born the night before. She took us to her bedside, and I can’t quite explain the feelings I felt in that moment looking at that precious tiny little girl... our baby girl! The nurse quickly instructed me to sit down so that I could hold her. When she placed her in my arms, I instantly tested up. In that moment I knew that all the struggle and pain we had endured over the past few years trying to make a family had been totally worth it; it led us to our Molly. You see, the baby we had lost in May was due Christmas Day. I had been dreading Christmas all year, but I was given in that moment the best Christmas present ever; my baby girl. Her prognosis was uncertain in the beginning and we didn’t know what she had been exposed to in utero. For the next month, my husband and I spent sun up to sun down holding our daughter in the nicu. We were literally on the other side of the country, away from family and friends. We face timed family on Christmas Day which helped us not feel so alone. As hard as it was being away from our families on Christmas, it was the best Christmas ever. We were discharged from the nicu and spent another 5 days in hotels waiting for clearance from the states to return home. We received clearance at about 9:30 pm on a Wednesday night. We were so ready to get home that we hopped on the red eye and flew all night. Once we were home, our families came and met Molly. I’ll never forget seeing my sister hold her niece for the first time. Molly officially became our daughter in August of 2016, but she was our daughter from the beginning. The love I have for that child is like no love I have ever felt before. Her smile and laugh are contagious, and everyone she meets instantly falls in love with her. Sometimes I literally forget that she is not biologically mine, but I know that blood does not make family; Love makes family. I am so thankful that Molly’s biological mother chose to give her life and I am forever grateful that she chose me to be Molly’s mother. This is the story of our adoption journey. It was a hard and bumpy ride, but the ending was definitely ‘happily ever after’. 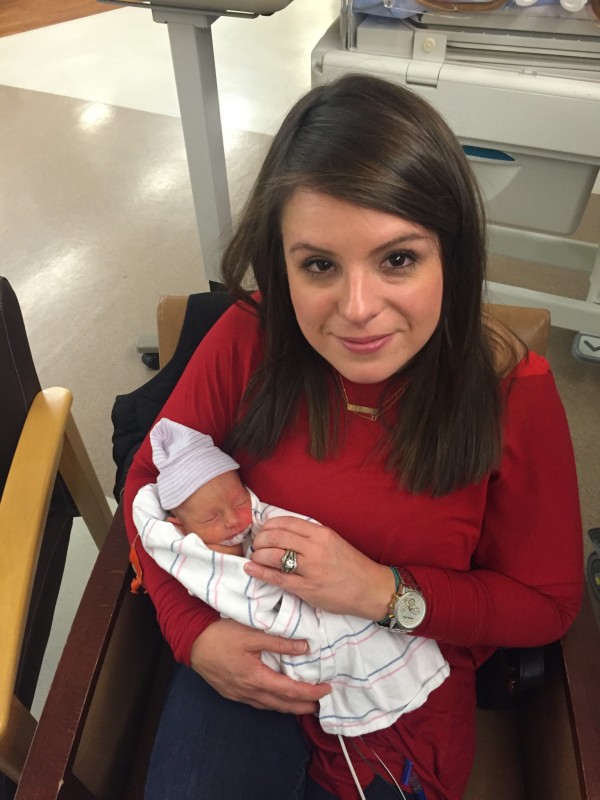 3 Mothers: One who gave birth, one who kept you alive, and one who raised you!
Fighting Infertility has nothing on the NICU stay
NICU Horror Story
advertisement

3 Mothers: One who gave birth, one who kept you alive, and one who raised you!
Fighting Infertility has nothing on the NICU stay
NICU Horror Story