I believe everything happens for a reason. My husband and I tried to get pregnant for a year and a half and it did not happen until he started a new job. On Christmas day 2015, we let our families know there would be a new addition to the family come July. In March we found out we were expecting a little girl.

On May 9th, I went to my 30 week check-up. That morning was the first morning I had experienced pain in my ribs. I shared this with the nurse and the doctor and both assured me it was normal, as I was at 30 weeks and little girl was getting into position. My blood pressure was a little high that appointment, but it was a little high every appointment, so again, the doctor was not worried. I also had a small amount of protein in my urine. My doctor said she would check again in two weeks when I went back for my 32 week appointment.

The following Thursday, we had out 3D ultrasound and we got to see our little girl’s face. Sure enough, her feet were right under my ribs, so that explained why I had so much rib pain throughout the week. Three days later, my husband and I were out running errands. That was the first day I didn’t have any pain in my ribs so we decided to go other places than our usual Sunday errands. That night when I put my pajamas on, I had swollen to the point I had difficulty getting my jeans off. They had left an indentation on my leg where the seam had been! I slept that night in the recliner with my feet elevated in hopes the swelling went down.

On Monday, May 16, 2016, I woke up and the swelling had not gone down. I took my blood pressure at home and it was high. Too high. I let my husband, who was at work 75 miles away, that I had called the doctor’s office and was told to go to the hospital to labor and delivery. I got to the hospital and they took a urine and blood sample. My urine was full of protein and the bloodwork was not good. My husband got there just in time to hear the nurses talking about transferring me from Kankakee, Illinois to the University of Chicago, in case I had to deliver early. Chicago would be better equipped to treat a preemie. But before I could be transferred, I needed to have two IVs started. The only problem was I had swollen so much since my blood was drawn they could no longer find a good vein. Chicago had wanted two 18 gage IVs in, but all Kankakee was able to put in were two 22s and one 24 gage. Then we hear, “The helicopter is on the roof.” I did not know how serious my condition was. When I was told I was going to be transferred, I had no idea it would be by helicopter.

Fifteen minutes later, I was being wheeled into the University of Chicago and there are so many people in the room. I had a nurse on my right asking usual questions about where I live. I had the OB-GYN fellow on my left asking me questions about the pregnancy. I had two anesthesiologists, one on each side of me, trying to find a vein with an ultrasound to start an IV. I had someone at the foot of the bed inserting a catheter. My husband made it in time to see me being wheeled from pre-op to the operating room. I am told to take five deep breaths and then I wake up to the most excruciating pain.

My little girl was delivered via an emergency C-section at 5:33 pm. She was 2 pounds, 14 ounces and 15 inches long.

I was told later I had developed HELLP Syndrome. The pain I had been experiencing in my ribs all week was not from the baby kicking me. It was actually my liver shutting down. I was told a normal platelet count is between 150 and 200 and mine was at 29. There were six units of blood waiting in the operating room for me in case I started to bleed out. I spent the next 36 hours in a daze because of the amount of magnesium I needed to get my blood pressure down. I finally got to see my beautiful little girl after those 36 hours. She was tiny, but perfect.

Baby girl was taken right from the operating room to the NICU at Comer’s Children’s Hospital. My husband and family were told if they hurried, they could catch a glimpse of her as they wheeled her by. She was put on oxygen right away but her numbers started to get out of whack. The nurses and doctors quickly learned she did not need oxygen. She was breathing on her own! One hurdle down!

She was thriving. Every day we went in, we were told her feedings had increased. One day, we were even talking with a nurse who said it would not be long until she moved up to the fourth floor. (The transition floor for babies who are doing well, but just need to grow.) But the next day we got a call from the nurse. Little girl had some blood in her stool and the doctors were running tests. We were told we needed to get there as quick as we could.

When we got there, we were told of the situation. Little girl had developed necrotizing enterocolitis (NEC). Her intestines were dying and she was at risk of becoming septic. Her feedings immediately stopped and she was put in IV nutrients. The doctors explained they were going to monitor her via x-rays taken every 6 hours. If her condition seemed to decline, they would rush her into surgery and remove the necrotic tissue. They told us should that happen, her chances of survival weren’t good. Every x-ray was nerve wracking. Would she decline? Would we have to possibly say good-bye to our little girl? With each x-ray, we were slowly getting hopeful. Her condition was not declining but it was not really improving either. The x-rays started to get spread out to every 8 hours, then every 12, and eventually only once a day. Her body was healing. After 10 days on antibiotics and 14 days with only IV nutrition, she was able to slowly start taking breastmilk again. And again, she began to thrive.

A couple days later, we were on our way to the NICU when we met her in the hallway. She was being moved to the fourth floor, the transitional unit. We worked on bottle-feeding up there and she worked on maintaining her body temperature. Bottle feeding proved to be a little difficult for her. She only wanted to take five to ten milliliters at a time. Then on her one-month birthday, we walked into her room in the TCU to see she was having a blood transfusion. Her blood work four days earlier showed she was anemic. After vitamins, her bloodwork still showed anemia. It was so hard to watch our little girl get that blood transfusion. But once the transfusion was complete, she took an entire bottle. She continued to take full bottles from then on out. The anemia was causing her to be too tired when it came to take a bottle.

On June 22nd, 37 days after she was born, she was discharged. We were able to bring out little girl home. Since she has been home, the only problem she has had is a gross motor delay. We have been working with a great physical therapist to get her stronger and hopefully she will be taking her first steps before Christmas! 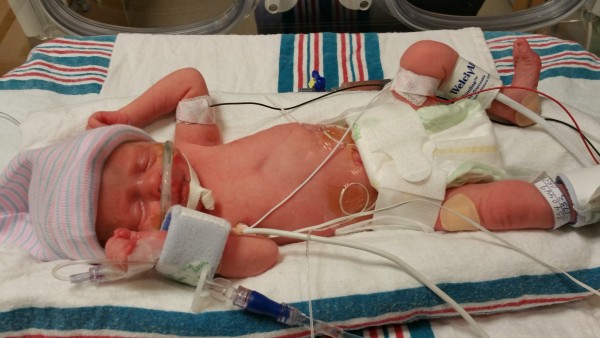 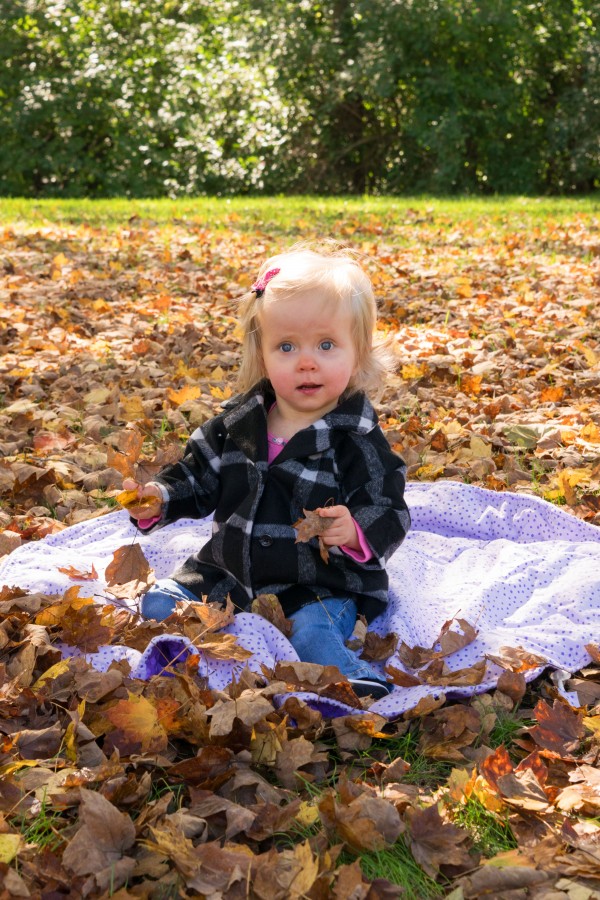 My big little preemie
31 weeks
My miracle...life as I know it
advertisement

My big little preemie
31 weeks
My miracle...life as I know it