Preemie Power and then some!

Published by Martha Hocutt on November 15, 2017 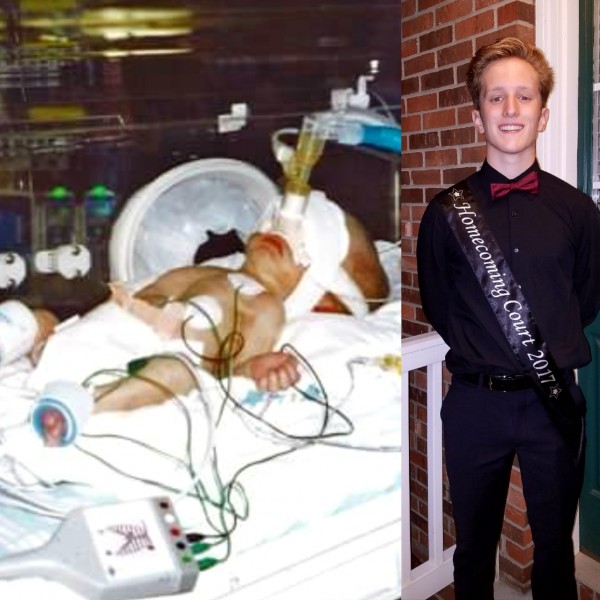 This is my son Alex. He is charming, intelligent, funny, athletic, witty, driven, but most importantly a NICU SURVIVOR. Alex was born at 30 weeks and 3lbs 3oz. He had a bleed on his brain, a heart valve that wouldn't close and on a vent. No book, prepared us for anything we would encounter in the days or weeks ahead. Words were thrown at us that I couldn't even pronounce let alone spell.

Alex was born fighting. While doctors struggled to keep him breathing he peed on them. Nurses assured me this was a sign of a warrior. Once I was released from the hospital myself I stood vigil by his incubator.

Doctors said he might not every talk or walk, I told Alex together we would prove them wrong. I begged him to fight.

Alex spent 12 days on the ventilator and 34 days in the NICU.

At 3yrs old he was the Mississippi March of Dimes ambassador. We traveled the state telling his story and fighting for education and drug research.

Alex will be 15 in a week. He is a competitive swimmer and a straight A student. He has no major long lasting health issues. The NICU is part of his life story and makes him who he is.

I'm a Mom of a NICU Survivor.

Rainbow Baby
Severely discordant twins
'It was 7 days that changed me forever': My preemie, five years after our time in the NICU
advertisement

Rainbow Baby
Severely discordant twins
'It was 7 days that changed me forever': My preemie, five years after our time in the NICU