Published by Beyond Mommying on August 29, 2016

We have a habit of getting a new house every time we add a new baby to the family which means after four babies and four houses, I've put together four unique nurseries. And while I've kept somethings the same over the years with multiple babies, there are also things that have evolved to better suit my mommying needs.

Here's a few of my hints for setting up a functional baby nursery (and also check out my complete baby registry list):

Our crib is symmetrical (both long sides are the same) and I like to set it up with a short side against the wall. It’s recommended to lay the baby down alternating which end of the bed his/her head goes at so baby doesn’t always look the same way which can cause muscle imbalances in the neck and/or flat spots on the skull. With Honeybun I put one of the long sides of her crib along the wall and struggled to get her facing the way I wanted when she was coming off my breast after nursing. The best option with the configuration of her room was to put a short side along the wall. I found this so much easier because I could lay her down from either side of the crib so could always easily get her head on the end I wanted and so chose to put Doodle's crib this way as well.Never put your baby’s crib near anything they could possibly pull down once they can sit/stand. This is especially important with window blinds that have pull cords which babies can easily get entangled in if they can reach. 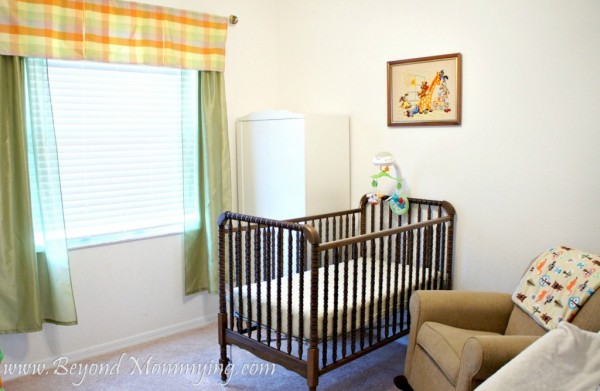 An inexpensive dresser works just as good as an expensive changing table and will last much longer. I also find the drawers more useful than shelves. Try to find a dresser that is roughly hip height. The dresser I had in Sugarplum's nursery was nearly bust height and it quickly became storage rather than a changing place because it was too uncomfortably high. We also always have a tall shelf unit next to the changing table to keep diapers, wipes creams and other necessities easily within reach.I like having a small table lamp in the nursery either on a switch or close to the door. I put a dim bulb in it so I have light in the middle of the night for changing diapers but it isn’t bright enough to wake up myself or baby too much. Right now I’m actually using a push light stuck to the wall next to my bed for night changing. 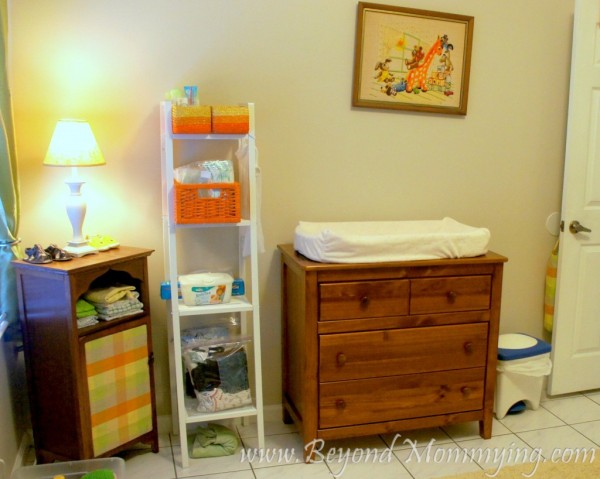 I love my large upholstered rocking chair, I’ve personally never been a fan of gliders. When putting together Honeybun's nursery, I decided to put a small table with a drawer next to my rocker. I thought it would be handy to have a place to put bottles when I did feeds in there and used the drawer for burp cloths. Well, turns out I never gave my girls bottles but it was handy to have the burp cloths right there and also used the bottom of the table to keep night time books which we started reading as part of our bedtime routine when the girls were 8-9 months old and no longer nursing to sleep. 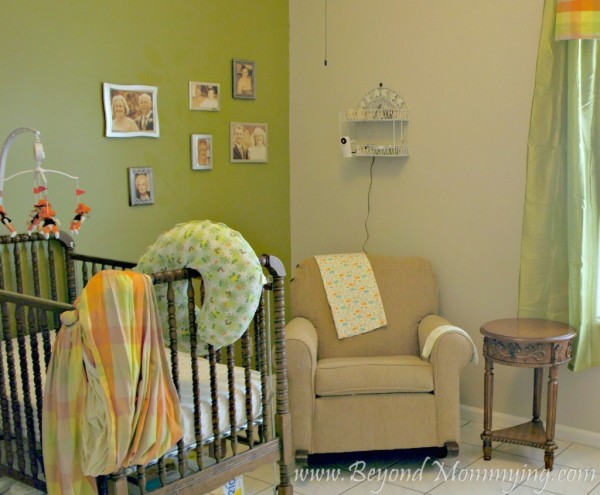 I’ve also liked having pictures of family members up for the baby to look at. None of our family lives locally so I like my kids to be able to see everyone regularly. I didn’t get to do this in Sugarplum's nursery at our rental house in Dublin but did for Honeybun and Doodle. Doodle's I did as a Family Tree and included pictures of his grandparents, Aunt and great-grandparents. 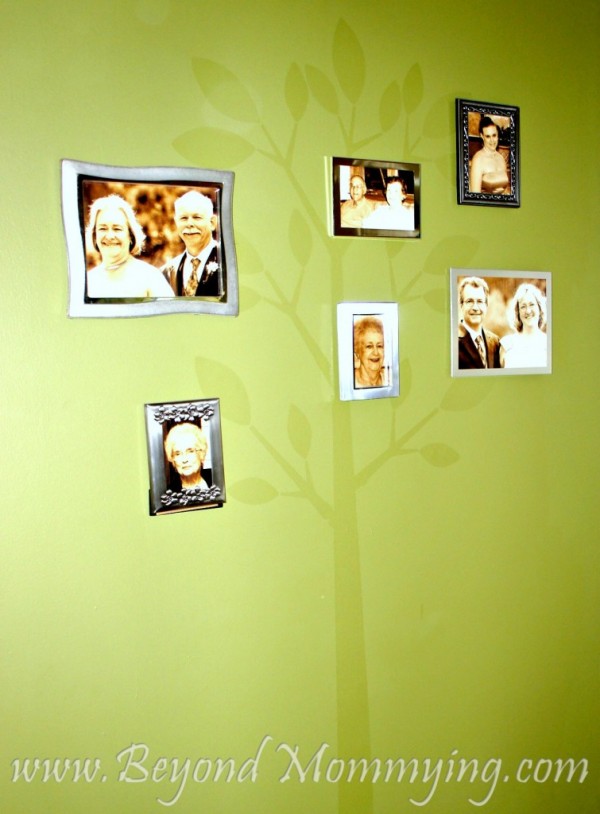 I also like having an old-fashioned analog wall-clock that doesn’t have a back light (I find my babies sleep better the darker it is). If doing an analog clock though, be sure to get one that doesn’t tick too loudly, ours is way too loud!I've always gone with gender netural colors partly because we never found out the gender of our baby's before they were born but also because I wanted the nursery to suit any baby. I fell in love with the original yellow, sage green and orange (in honor of our Oklahoma State University fandom!) and even though we've moved house with each baby, I've been able to reuse a lot of the items to create a new nursery for each baby that I've loved! 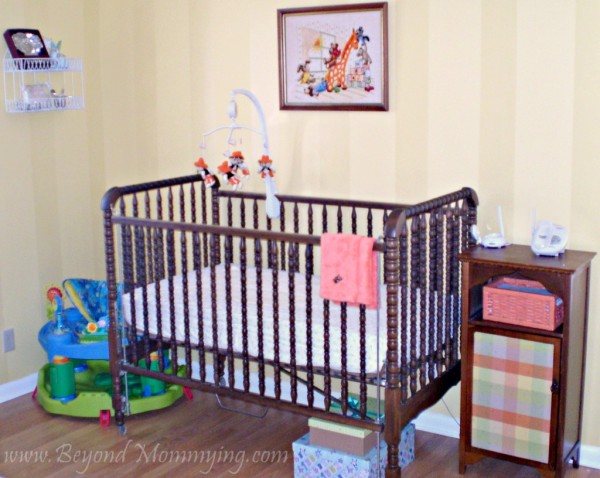 How Can We Create a Nursery That Grows With Our Kids?
5 things I Wish I Knew...
Everything You Need For Baby For UNDER $1000
advertisement

How Can We Create a Nursery That Grows With Our Kids?
5 things I Wish I Knew...
Everything You Need For Baby For UNDER $1000