Saying no is not always easy. 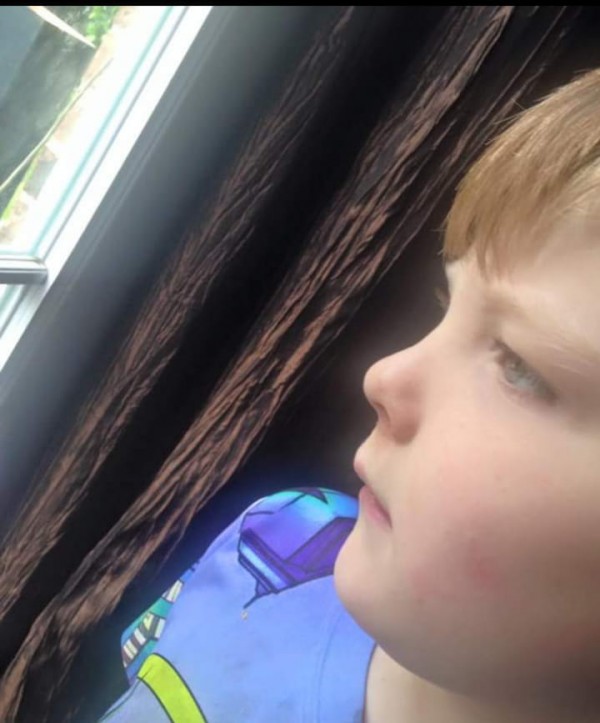 His eyes filled with the pangs of injustice that trickled down his puffed out cheeks. I bent down - my eyes even with his - and I wiped the tears from his face, speaking directly into his suffering heart.

"You cannot have my ice cream."

It was Fudge Ripple if that helps my case with any of you. It certainly didn't help it with him.

Now forgotten were the spoonfuls he gulped down after lunch because he just couldn't wait until the evening to have his bowl of ice cream.

I sufficiently warned him that if he chose to eat it now, he would not get another bowl with the rest of us after dinner - no matter how big a fit he threw.

His head bobbed as we shook hands in agreement.

A deal he now believes was made with the devil.

In my rather out of shape, forty year old body, which just can't pull off the leggings with boots look no matter how hard I try, is the manifestation of pure evil.

Spreading sorrow through unreasonable demands like putting on pants (even on Saturdays) and regular bathing, my most powerful weapon is the word NO.

Those two letters come together to form a powerhouse of pain to small children everywhere as a relentless tool in a mother's ultimate goal to make her kids miserable.

"Mom, can I stay up late and play Fortnite?"

The older he gets, the harder the no's become.

"Mom, can I spend the night at (kid's name I have never heard of before)."

"Not right now. I need to get to know his parents first."

The list of no's goes on and on (and each parents list is different depending on what is right for their family).

Being the bad guy isn't fun and I have no agenda other than to do my best at raising kids who won't one day be a detriment to society. There is no perfect formula to this that I know of, which is why parenting is so confusing at times.

I recently read an article stating too much discipline can make a child prone to rebellion or depression or anxiety. Another article stated that children who are not disciplined enough will struggle in the real world and also could end up suffering from depression and anxiety.

Now I am depressed and anxious, because is it even possible that I am getting this parenting thing right?

Evidence shows I must be doing something right.

Today my middle schooler turned around in front of his group of friends.

"See you after school, mom. Love you."

He whispered it, but it still counts.

Even when the littlest one is in mid-tantrum he throws his arms around me - the person he knows will never turn him away. But now as he stands before pleading for my fudge ripple, I know it is time to be the bad guy.

He needs to know that pleasure comes with sacrifice, so he can take on the world ready to face hard days.

And watching everyone else eat Fudge Ripple is definitely a hard day.

Meg Duncan is a Christian author and columnist. Ordinary life filled with extraordinary characters make up her stories as she learns moment by moment to connect it all to God. Her writing takes readers to recognizable places and assures them they arenrsquo;t alone. From raising children, navigating marriage, sorting laundry piles, and avoiding carbs (or blissfully embracing them, depending on the day), she combats self-doubt with humor and grace.

5 Ways Any Mom Can Help Dad Be a Hero to His Kids
"Mom, Can We Talk?"
Helping my child understand and manage his anxiety with a superhero metaphor
advertisement

5 Ways Any Mom Can Help Dad Be a Hero to His Kids
"Mom, Can We Talk?"
Helping my child understand and manage his anxiety with a superhero metaphor