She was worth the wait

My husband and I met our senior year of college. We fell in love spending warm spring nights sitting on a porch swing. Two years into dating I was completing my Master's degree and we decided to take a vacation to celebrate my graduation — on this vacation he proposed to me in the Cape Henry lighthouse, we were married in a beautiful wedding the following fall. We bought our first home a year later. Everything truly seemed like a fairy tale. After three years of marriage we decided we wanted to start a family, we had no idea the fairy tale was about be shrouded in tears and heart break.

After year of trying to get pregnant with no success we decided to find out if something was preventing us from having a child. My doctor was confident absolutely nothing was wrong, I had no indicators, she said these things just take time with some couples but she would run a few tests just to make sure.

We had no idea the results of those tests would make us feel like the world was collapsing. My results showed a host of hormone imbalances and my doctor suspected PCOS (polycystic ovarian syndrome). My doctor stated she was not a fertility specialist and she said I needed one, this was not the news we expected or wanted to hear. 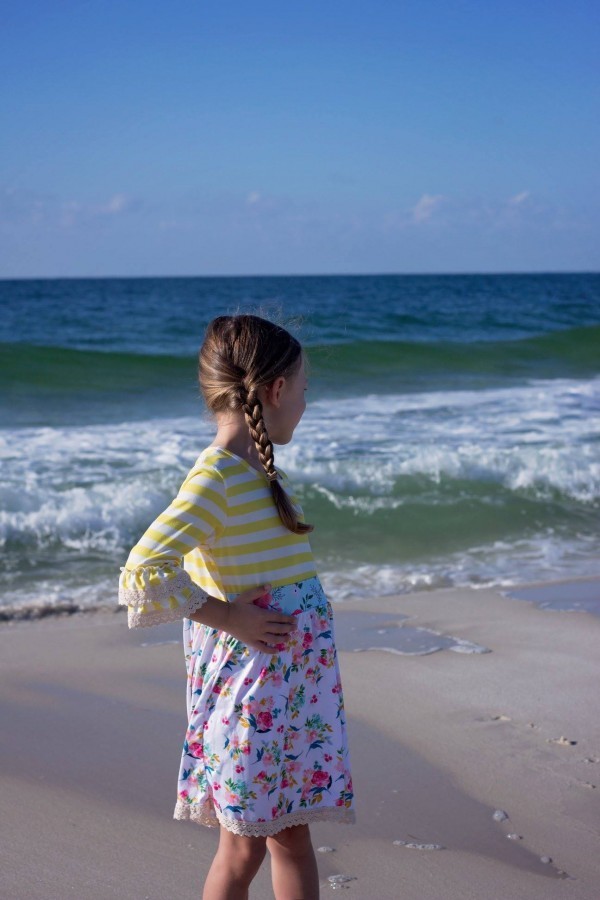 We were in disbelief, I was the picture of health so we had no prior indication I had all this going on. My husband and I just sort of walked with this information for a few months, in a way hoping we would still become parents on our own and in another way not wanting to face the hardship we knew came with infertility treatments. We finally came to terms with the path we were required to take to become parents, so we found a specialist. From my first appointment we began the schedule of tests. My results revealed my hormone levels were off — same as before — I was officially diagnosed with poly-cystic ovarian syndrome, and insulin resistance.

Each month when failure came the darkness would engulf us. I think I took everything harder than my husband, or maybe not harder but different since the body that was failing us was mine. After a few months I was a shell of the joyful person I had been. I stopped wanting to see my friends who had babies. I had skipped two baby shower invites because — as selfish as it sounds — I just did not think I could celebrate with true joy when I was so broken with grief. This time was hard. I truly thought the darkness would never end. It seemed as if our entire life was focused on doctors' appointments and our struggle.

I spent time crying out prayer, not just begging for a child but also begging if becoming a mom was not God’s plan then I needed the desire and sadness to be taken away. I begged God to please lift the darkness I was feeling.

In August 2012 my doctor said this should be our last try. She said it would serve us best to move on to a different path to become parents (basically if it hasn’t worked by now, it probably will not). August was going to be our last attempt.

In that last month I was invited to spend the day with a friend and her six month old daughter, I pushed my darkness aside and went for the day. We had a fun day, I enjoyed her daughter's giggles and loved watching my friend be a mommy. When I got home that night I walked into my bedroom to change clothes and I lost it. I dropped to my knees in the dark and cried out to God like never before, to please take the pain away if motherhood was not in His plan for my life, to please show me His plan and help me to the other side of this grief.

I would find out about a month from this night I was pregnant.

September 2012 I tested as I did every month and the test said pregnant, I was in shock. I called my husband and he brought home more tests, all positive. I called my doctor the next day, the nurse said my doctor was off for family business but I could come in for a blood test. I jumped in the car and went straight there.

The next day I called and called, and the nurse told me my test results were back but she could not deliver them to me, that it was policy for the doctor to deliver results and she was still out of the office.

My stomach sank, I just kept thinking if I was pregnant wouldn't they just forgo policy and tell me the good news — they know how long I have waited for this. When you have been defeated over and over you just assume failure.

After work that day I was out shopping, frantically trying to distract myself from not knowing if I was actually pregnant. I will never forget standing in the store hearing my phone ring, it was an unfamiliar number (which I never answer, but for some reason did this time) it was my doctor calling from her home to say the blood test confirmed I was pregnant. She said her nurse called to let her know I had been calling all afternoon. I just remember standing there in the store crying, saying thank you, thank you, over and over.

My daughter is now almost six and she is the most beautiful joyous little girl. Her giggles fill our home with so much love. She likes to make up jokes, she is an advanced reader, she is outgoing and sassy, she is just a joyful light in our life. A few years later our light would shine brighter with another daughter, she is one and the two of them keep us on our toes, sometimes make us crazy, but always fill our hearts with an abundance of love.

When I thought the pain would never end — the darkness was lifted, God turned on the lights and oh how bright they are.

For more stories on faith, marriage, and motherhood check out Faithfully Failing on Facebook.

Stacey is working wife, mother, photographer, writer, and cleft and infertility awareness advocate. She writes for Her View from Home and is the content creator for Faithfully Failing.

She was worth the wait, our infertility journey.
A sore throat isn’t just a sore throat in the age of coronavirus
How we learned our son had a lethal condition, and why we kept it to ourselves
advertisement

She was worth the wait, our infertility journey.
A sore throat isn’t just a sore throat in the age of coronavirus
How we learned our son had a lethal condition, and why we kept it to ourselves