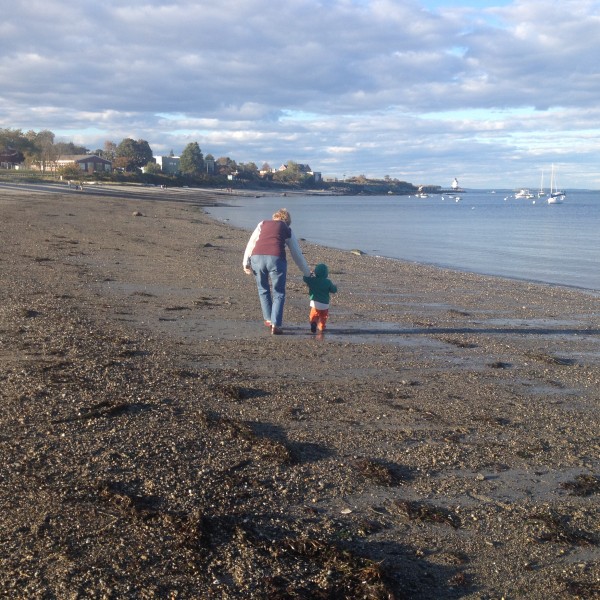 My mother-in-law had six children born between 1963 and 1976. She is a pioneer woman who once drove with all six kids, a dog and a cat from Ohio to Maine in a station wagon. I have four children and she is very involved in our daily lives and we truly appreciate her. When my own grandmother, who raised me from infancy, was terminally ill, my mother-in-law was a huge support. I feel lucky to have her in my life. We (my children and myself) have learned so many lessons from her, though five really stick with me.

1. With four children, we’ve had more colds and viruses than we are able to count. The bulb syringes never worked and as anybody with children knows, while clearing out a nose seems like an instinctual skill, it is not. My children learned from their Grammie how to get rid of the goo.

2. You are your own strength. I’ll never forget when my MIL came over with an ax and proceeded to go into the backyard and chop down several small trees. She took a break to grab a cup of tea as a steady stream of blood ran down her leg. I asked her if she wanted a band-aid, she said she hadn’t noticed the cut.

3. This one is important and came from her experience of living with six children, a husband and her mother; sometimes when a bathroom is occupied you need to figure out an alternate method. Her favorite, the fluff bucket. She left it inside the bathroom next to the toilet. The person with the jittery bladder, knocked and the person on the inside handed the fluff bucket out. While we are lucky enough to have multiple bathrooms, the fluff bucket is useful in the car for long trips.

4. If you’re not bleeding, you don’t need a band-aid. Her logic is flawless as she explains, if you take a band aid for every ding and dang, you won’t have one when you actually need one, you know when you’re bleeding.

5. Being surrounded by family is the best thing in the world and keeps you young. When my children grow up and become adults with their own children, I want to be there for all of it. My mother-in-law has helped us raise our children, being an active and more than willing participant in each of her grandchildren’s lives, all fourteen of them. She has gone to school recitals, every imaginable sports event from basketball to soccer and cheers them on and gives them tips.

Some women are able to handle anything and she is one of them. I watch her on the occasions when the whole family is together and I admire what she has done. She brought six good people into the world, who then went on to create 14 more. Isn’t that what life is all about?

Nicole is a writer, blogger and SAHM raising four children. She fears birds, anything with the potential to cause fire, and Disney World. Her blog, Suburban Sh*t Show: Tales from the Tree-Lined Trenches chronicles her life in the sh*t show.