Published by Jennifer Cunningham on November 10, 2017

My twin boys were due August 24, 2017. I went into labor at exactly 34 weeks on July 13, 2017 at 9:45 pm. Around 11:30 pm I drove myself to Cumberland Medical Center in Crossville, TN from Pikeville, TN so about a 35 minute drive. When I arrived at labor and delivery I was 4 cm dilated so I was given magnesium sulfate to try to slow my contractions or stop them. At 1:45 am on July 14, Cumberland transferred me to Fort Sanders in Knoxville, TN. When I left Cumberland to go to Knoxville I was started on my second bag to slow my contractions where I wouldn't deliver in the ambulance on the way to Knoxville. I was 4.5 cm dilated when I was put in the ambulance. I arrived at Fort Sanders in Knoxville about 30 minutes after leaving Cumberland Medical and was at 7 cm dilated. I was scared because I was all alone with my husband two hours away at home with our older children and I was worried about my twin boys and their health being so early. At 9:37 am on July 14, my first son Jaxon came out. He was perfectly healthy and crying and weighed 3 lbs 12 oz. Five minutes later at 9:42 am my Elijah came out with no sound at all. I rubbed his back to try to get him breathing and his lungs finally started working. The nurses took him from me and he immediately stopped breathing again so he had to be put on oxygen to get his lungs going again. It worked for about a minute and then his little lungs stopped again. He was administered oxygen a second time and his little lungs stayed working. Jaxon and Elijah were immediately taken to East Tennessee Children's Hospital while I went to my hospital room to stay for two days. During those two days I was able to go see my boys in the NICU at Children's. They had IVs in their heads from low blood sugar and had feeding tubes in their noses. They were also in incubators. At a week old Elijah finally had the lid to his incubator raised to get his body used to being able to regulate his body temperature in regular air. A couple days later Jaxon had his incubator lid raised. At two weeks old, my boys were finally in bassinets. During this time they kept the feeding tubes in their noses. The doctor finally ordered I could try to bottle feed them. They were taking very little in their bottles so mainly were being fed through their tubes. They dropped weight like crazy so were given supplements in their milk to get their weight up. Finally at 2 weeks and 4 days old I got the call my boys could come home at 3 weeks old since they were finally taking their entire bottle. The night before they came home I got to stay all night with them in their room so the doctors would know when they came home the next day I would wake for all their cries. When I arrived at the hospital their feeding tubes were taken out of their noses and all their monitors were disconnected. Finally the day to come home had arrived and my boys were perfectly healthy. It was a long three weeks for my family as my husband had to stay behind at home and could only see the boys on weekends when he wasn't working. My other children and I stayed at my mother's home 15 minutes from the hospital so I could be close to my boys. It was so hard for me stress wise to deal with having two babies in the NICU then having two other babies age 23 months and 10 months at my mother's house. I was so worn down from having to deal with all the stress and worry of leaving my babies by themselves in the hospital so I could take care of my other two children I had with me. Now we are all home and my new worry is my twins don't look like they have grown at all length wise and I still get antsy adjusting to having a two year old, a one year old and two four month olds by myself at home all day while my husband 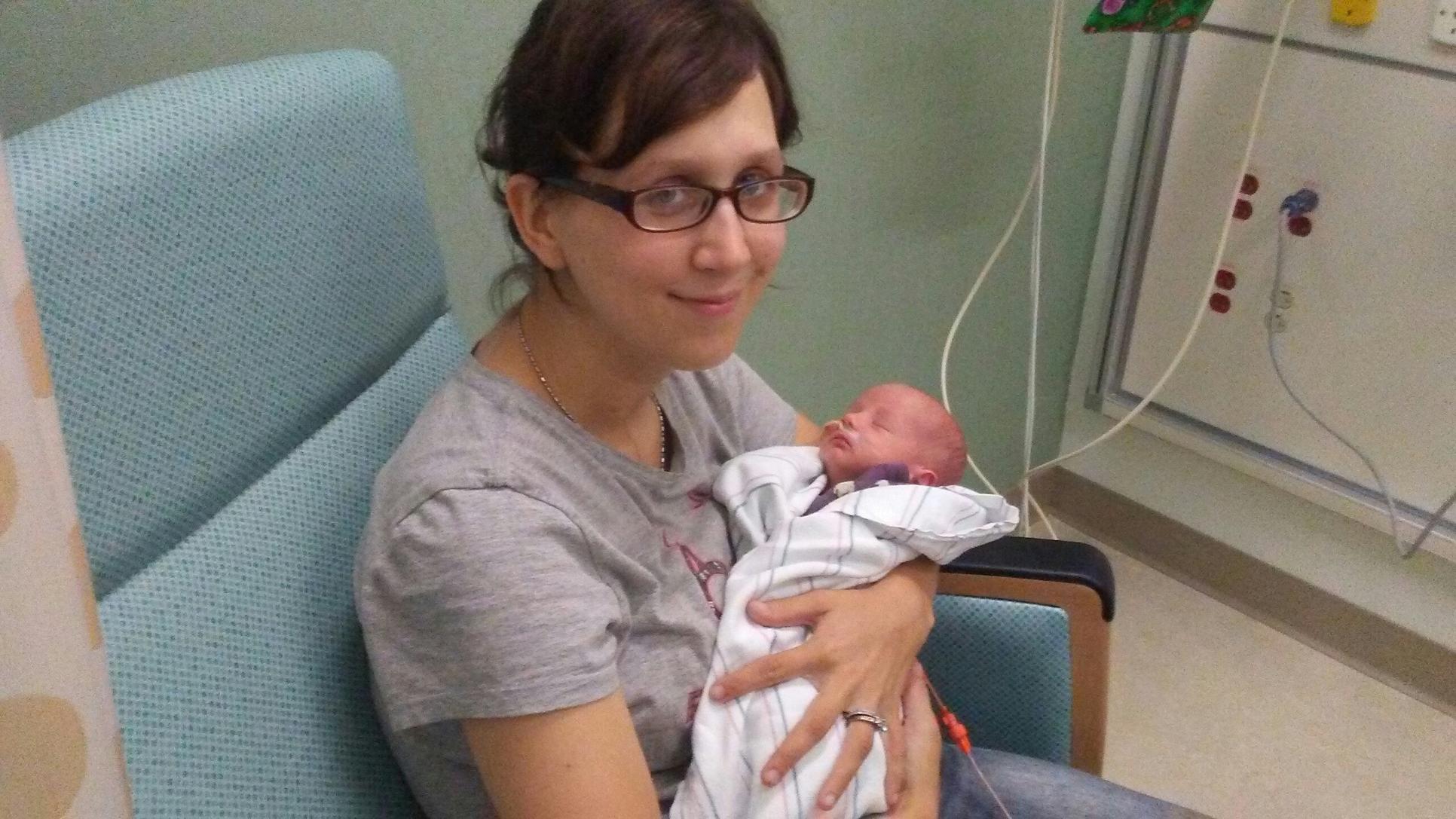 I am a happy mother to 5 beautiful children. I spend all my time focusing on my children and all their needs.