Teen Boys: The Rippling Effect of a Mother’s Touch 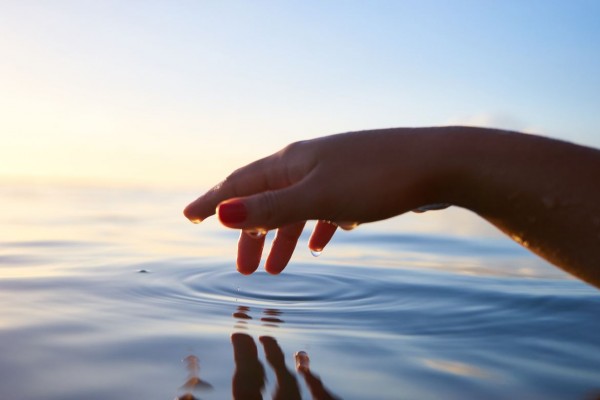 Yesterday morning I found myself standing in my driveway in my robe and slippers (holding a very nice hot cup of coffee) at 6:10 in the morning watching the International Space Station fly over my home.

In case you were wondering, the space station was traveling 72 degrees north at 17,500 miles per hour and holds up to ten men who live in the station for up to two years at a time.

The funny thing is, up until a year ago I didn’t know anything about the International Space Station, or anything else related to space for that matter. As many times as I glanced up at the sky to admire the stars I never realized that every 90 minutes the space station circles the earth or that the size of the space station is the equivalent of a six bedroom house. I suppose, like many people, I was oblivious or perhaps just didn’t care enough to inquire.

It wasn’t until my 16-year-old son purchased a telescope and became totally intrigued with space that I found myself, through him, developing an interest as well.

Setting my alarm, waking up early, and standing outside in the dark at the crack of dawn had far greater meaning to me than watching the space station fly over.

While the two of us were standing there gazing up at the sky there was one moment that made getting up early all worthwhile. Have you ever had one of those moments with your kids? They’re fleeting moments – the ones that if you’re really paying attention you can capture the importance of them while they’re actually happening as opposed to five years down the road when you’re watching a video or looking at a picture reminiscing.

Just when the space station was directly overhead – both of us straining our necks to get a better look – he gently leaned into me and put his hand on my shoulder. Not a word was spoken, but the message was crystal clear – it was his way of saying “thanks mom, for caring enough to be with me.” In my eyes, it was his way of giving me a “hug.”

Every once in awhile I’m fortunate enough to receive a warm hug, which always puts a smile on my face. His lanky arms wrap around me somewhat awkwardly with his face turned slightly away as if to say, “sorry mom… that’s all I’ve got for you today.”

When it comes to teen boys, “hugs” – albeit, not the traditional kind – come in all shapes and sizes.

Sometimes they come in the form of a knuckle bump or a high five. Other times, it’s when your son asks for a back rub after a long day or maybe it’s a gentle elbow nudge when you’re both laughing at a joke.

I have found that no matter how old my son gets, he still needs my touch. My touch doesn’t mirror today what it did when he was a toddler or even when he was in elementary school. In fact, it has changed immensely just over the past couple of years. But I’ve come to realize that even though he’s growing up and on the cusp of becoming a man, he still needs the feel of my touch. 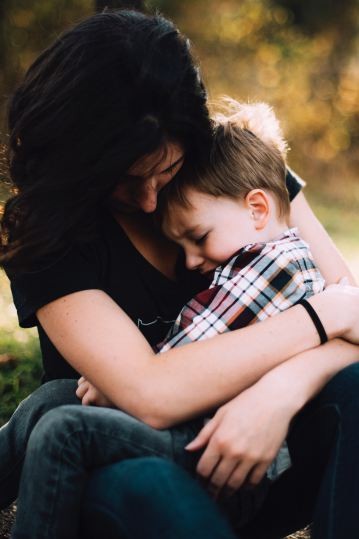 Oftentimes, teenage boys feel that any parental touch or show of affection is a sign of childish weakness and, in turn, parents often unwittingly pull away thinking they’re doing their son a favor by respecting his need for space. Of course, it’s always important to respect your child’s desire – or lack of desire – for affection, I have found that most teenage boys need and welcome their mother’s touch when it’s given in small increments and at the right time.

There will never be an adequate substitute for a mother’s hug, so as mom’s it’s up to us to find creative ways to stay connected with our son’s.

We have to dive a little deeper and avoid taking his lack of outward affection personally. In the best interest of our son’s, we need to keep trying because the power of positive touch reaches far beyond the obvious.

Research has shown it raises kids’ spirits, lowers depression and teaches kids to read social and emotional cues. Touch also regulates a healthy heart rate and slows breathing. Long-term, kids who were raised in an environment where healthy physical touch was present tend to be happier as adults and better equipped to handle daily pressure.

So, whether you hug your son, wrestle with him, rub his back or give him a high five when he scores a goal, keep the flow of touch alive and well. The relationship between a mother and her son is unique and precious – one that requires continuous nurturing regardless of your son’s age.

Reflecting back on that special moment my son and I shared standing in our driveway, I hope that in some small way the relationship my son has with me – the bond we share – is preparing him for the relationship he’ll one day have with his wife. In the meantime, my touch not only serves as a constant reminder to him of how much I love him, but also, these subtle, non-verbal cues we share opens the door to continued communication and my ability to gently guide him through these important and influential years of his life.

Teen Boys: The Rippling Effect of a Mother’s Touch

The Power of Touch
On Raising A Kind Person, Not A Kind Man
He’s Not a Mama’s Boy, I’m a Boy’s Mama
advertisement

The Power of Touch
On Raising A Kind Person, Not A Kind Man
He’s Not a Mama’s Boy, I’m a Boy’s Mama