The Battles We Choose. 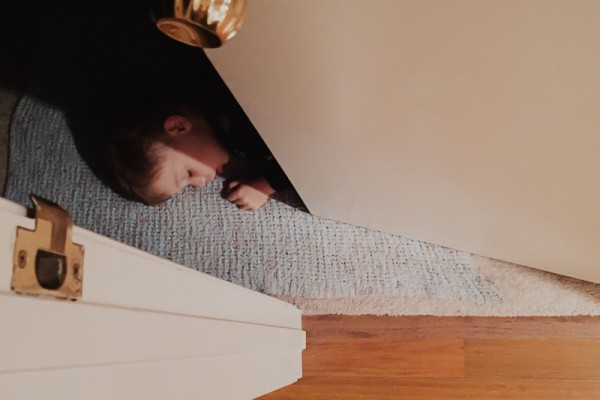 My son has been sleeping on the floor since January.

Why has he been sleeping on the floor, you ask? I wish I could tell you, with a straight face, that there is some kind of medical or psychological reason. Perhaps there is one, and we haven’t figured it out yet. I can’t be too sure.

You see, it started with potty training.

(Does everything start with potty training?)

Somewhere in the haze of nursing a three month-old baby a dozen times a day and wiping pee off the bathroom floor in between feedings, my then 2.5 year-old started boycotting his bed. Weird, right?

But people tell you that all kinds of things can happen when you potty train:

I don’t know. It seemed normal that he started sleeping on the floor because it was the opposite of normal, which is what people told me to expect during potty training. I tried to cut the kid some slack—all of a sudden he had a new baby brother and was being forced to pee in a toilet. Life is hard.

So, we let him sleep on the floor. My husband and I assumed that it was a phase, as most weird things are, and that he’d grow out of it after a few weeks. But then a few weeks turned into a few months and a few months turned into 11.5 months, and, well, here we are, almost one full year later.

I wasn’t always so ambivalent to this problem. We tried a whole bunch of things to entice him into his bed. We bribed him with rewards, we moved his bed right next to the door, we let him sleep with his twinkle lights on. We tried taking away a privilege, and told him that if he didn’t sleep in his bed, he couldn’t watch any TV the following day. He went two whole weeks without watching a single minute of television (which, let’s face it—was more of a punishment for me). Nothing worked.

No matter what we said or what we tried, it made no difference. Every night we tucked him into bed, and every night he climbed out of that bed to sleep on the floor instead. Always curled up next to the door, always on top of his favorite blue blanket that he had laid out meticulously like the world’s flattest, nonexistent mattress.

After a while, maybe six months perhaps, we stopped tucking him into bed altogether, and basically tucked him into the floor. We’d get down on our hands and knees and kiss his cheek before closing the door mere centimeters from his face. (My pre-baby self would have never.)

But that's parenthood, you know? Sometimes there are hills we are willing to die on, and other times we lay down right beside our child on the floor, carefully tucking Elmo under their arm.

If you ask my son why he sleeps on the floor, he shrugs his shoulders and says, “I like sleeping on the floor.”

There have been a few stages of acceptance with this behavior, but my husband and I are finally in a healthy, agreeable place with it. And that place is: this is not a battle worth fighting.

Sure, we could pick him up and put him in that bed 42 times a night until he gives up. We could take away all his privileges and make his life miserable until he adheres to our advice about the best place to sleep. (And I want you to know that because we are good parents who love him dearly, we actually considered that option for five full minutes.)

But we've decided to let it go.

I ask myself these questions regularly, as all of us do. But I think a large part of discernment also boils down to: is this a battle worth fighting?

Here is what I know. My son has a roof over his head. He has warm pajamas and carpet on his bedroom floor. He goes to bed every night with food in his tummy and relatively clean teeth. He has much, much more than many children all over this world.

So if he wants to sleep on the floor instead of in his bed, and if he isn’t hurting anyone by doing so, and he is still sleeping (mostly) through the night, then who cares? If my son insists on eating granola bars and raspberries every night for dinner instead of the delicious pasta I have prepared, is it the end of the world? He has food in his belly, and we are grateful for that, and the pediatrician has reassured me time and time again that his growing weight and height indicate he is getting the nutrition he needs.

My kid is three. He sleeps on the floor every night and eats granola bars for dinner regularly. I don’t know what to tell you. Do I wish he slept in his bed and ate a variety of vegetables each night? Of course I do. Have I tried multiple strategies to change this behavior? You bet I have. Am I willing to fight him tooth and nail every single day on these issues? Not really.

Which leaves the question: what battles are worth fighting?

In our house, we have a few. Kindness and respect for starters. We are kind to ourselves, and we are kind to others. We respect people, we respect our things, we respect the earth. We share. We tell the truth. We help. We are not greedy; we are not selfish. We say please and thank you. We apologize; we forgive.

When our son shows signs of unkindness, as he occasionally does, my husband and I stand confidently with armor on, ready for battle. We're not backing down. That crusade is worth the fight, the punishment, the effort, the time. When it comes to kindness and respect, we are anything but apathetic.

My kid is three, and my kid is weird, but I promise you I am doing my very best to make sure he grows up to be kind. And honestly? That’s all I want from your kid, too. Your kid can come over anytime in costume, armed with goggles and a giant bag of goldfish crackers. I get it, and I will happily embrace all their quirks.

I assume my son will start sleeping in his bed sometime before college. In the meantime, we’re buying him a sleeping bag for Christmas. 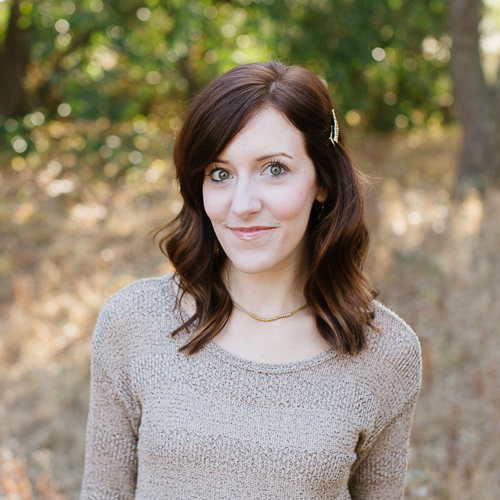 Ashlee Gadd is a wife, mother, writer, and photographer. Her writing has been featured on Huffington Post Parents, Scary Mommy, and Good Morning America. Ashlee is the founder of Coffee + Crumbs, a collaborative blog about motherhood.

Co-Sleeping: Why I Share My Bed
The Greatest Lesson of Sleepless Nights
Untitled
advertisement

Co-Sleeping: Why I Share My Bed
The Greatest Lesson of Sleepless Nights
Untitled