Huge, manic tears propelled from my puffy eyes as my body finally responded to the complexity of emotions I felt when my daughter was born. Fear, pain, vulnerability, relief, joy—I felt them all at once and my tear ducts exploded in surrender to the overwhelming melee of emotions. The tears rolled down to my bare chest as I didn’t bother to wipe them away. I couldn’t bear to take my arms away from my new baby, as her tiny body acclimated with mine and she acclimated to her new world.

A nurse barely had a chance to slip a pink striped cap on her vernix covered head before my daughter began puckering her sweet, full lips and lightly smacking them together. I looked at my husband in disbelief. Is she actually… rooting? She wants to nurse? I wondered, thinking of the breastfeeding videos I had seen of newborn babies instinctively rooting for their mother’s breast shortly after being brought into the world. 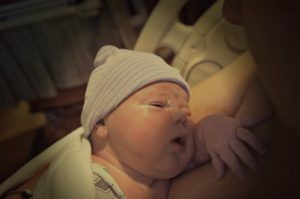 Innately, I offered my breast and she immediately latched. She began suckling while her eyelids slowly closed as if they suddenly became too heavy. We both relaxed our bodies for the first time in hours surrendering to the comfort of a new ritual between the two of us.

As I examined her delicate features and ran my fingertips along her tiny limbs, I noticed the wide stretch marks on my flabby tummy which, until recently, housed my newborn. I traced the battle scars with my fingertip and thought of the times in the past nine months I had felt betrayed by my own body.

No matter how many medical journal articles I’d read, medical interventions I endured, healthy foods I’d eaten or prenatal yoga session I’d wriggled through, I couldn’t will my body to remain a safe haven for my baby. Complications plagued my pregnancy and I was powerless to prevent them. I took so many unplanned trips to the hospital; my phone actually recognized it as a workplace and offered navigation based on current traffic conditions.

The sight of my healthy baby girl effortlessly breastfeeding so soon was a welcome surprise. For once, my body was actually responding how it should. I spent our first days fondly watching her nurse and then fall limp as she drifted into a deep slumber. I lifted her face to my lips, kissed her plump cheeks and allowed her sweet scent to intoxicate me. She remained sleeping no matter how many times I kissed and sniffed her. We affectionately called her “milk-drunk” in this state.

Weeks and months passed and my cherubic newborn soon grew to a colicky baby. She spent the evenings and most of our days crying until her face turned her own fuming shade of red. She clenched her tiny fists and shook with the intensity of her screams.

I felt like crying along with her, but was too exhausted. I had recovered quite well physically. But I soon became plagued with an illness foreign to me. I made amends with my body for its prenatal betrayal. But suddenly I felt betrayed by my own mind. What I later realized were panic attacks frequently interrupted my days and I was soon diagnosed with postpartum mood anxiety (PPA).

Trudging through the relentless cries and crippling anxiety felt unbearable. I sought help for my PPA and I emphasized that I wanted a medication compatible with nursing. I was comforted by the idea that I-- and only I-- could soothe my otherwise inconsolable child.

The sight of milk dripping down her chin and the scent of her breath brought me peace and gave me confidence in my abilities as a mother like nothing else could. I struggled with the mundane demands of day-to-day life. The weight of motherhood began to feel so heavy. But I could still provide nourishment and comfort. I was flattered to know my baby preferred to cling to me rather than a pacifier or favorite blanket. I was there and that was enough.

We kept up our breastfeeding ritual until my baby grew into an energetic toddler who often interjected “nurse!” gleefully before I placed her in her crib at night. As she twirled her sandy blond hair, I tried to remember what her tiny hands looked like so soon after she was born.

I feared crossing into the unknown territory of weaning. Breastfeeding had played such a crucial role in my mothering; I wasn’t sure what our relationship would look like without it. Would she still prefer me over a favorite blanket? Would I still be enough?

I rocked back and forth in our well-worn glider and caressed the side of her face. Her bright blue eyes peered back at me as she nursed. I reassured myself-- I’m so much more than just a pair of breasts to my baby. My love for my children is so much brighter than the darkness of PPMD. I am enough. 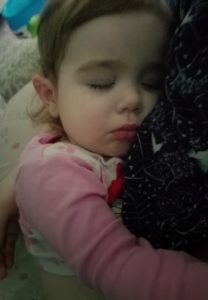 Then I watched as her eyelids slowly closed as if they suddenly became too heavy, just as they have so many times before. I stifled my sobbing, as not to disturb her. Then I felt her body relax as she surrendered to the comfort of our ritual and fell asleep in my arms for the last time. 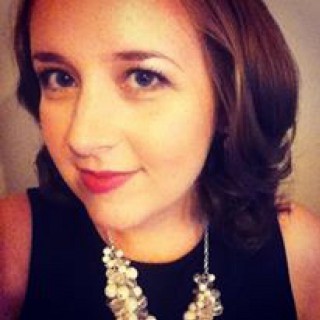 Farrah is a writer and mama to one wild toddler boy and one sweet baby girl. She loves strong coffee, writing, red wine, local restaurants, her family, travel, and sleep. Her yoga pants have never been to yoga. She blogs at fortheloveofwineandcoffee.com and also has been seen on HuffPost and Scary Mommy.

Milk Drunk: Welcome To The Feeding Wars
TAKING THE PRESSURE OFF- Brains, Boobs, and Butts.
3 things I wish I’d known about breastfeeding before I started
advertisement

Milk Drunk: Welcome To The Feeding Wars
TAKING THE PRESSURE OFF- Brains, Boobs, and Butts.
3 things I wish I’d known about breastfeeding before I started