The One That Didn't Give Up On Me - Personal Story (OCD)

Published by Olivia Johanson on February 13, 2019 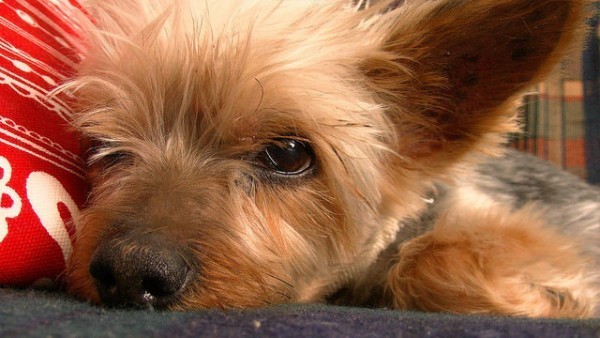 When I lost my best friend, I swore I would never have another. Sophie was my whole world. She was fierce, loyal, and the best companion you could ask for. A terrier mix with a feisty personality and extremely loyal, she helped me through a lot of tough times, including my OCD diagnosis.

I got Sophie when I was 17 years old, and two years after, I was diagnosed with OCD, complete with pacing, counting, panic attacks, and anxiety, especially when I was out in public. Sophie was my champion.

Although she was never trained officially, by the time she was two, she knew to distract me with a game of tug of war during a panic attack, to stand protectively between me and any person on the street who might get too close, and even to recognize my pacing and counting and help me sleep at night! When she passed, at the ripe old age of 16, I decided never to get another dog. Though I still had OCD to cope with, I was so close with Sophie I didn’t feel like I could give the same affection to another dog.

My family had other ideas. The medical benefits of therapy and emotional support dogs for severe mental health struggles have been confirmed by doctors, psychologists, and other experts. But my grief over losing a beloved pet who had been with me since childhood made it really difficult to imagine.

Not everyone is welcoming to the idea of an emotional service dog, and because my dog was never officially trained, I didn’t really understand the function she served in my life. After grieving her for a few months, I started struggling. Not with depression, or grief. But my family started noticing an increase in symptoms. I was pacing more, and compulsively counting when I wasn’t aware of it. My panic attacks got worse.

A friend of mine works with pet rescue services. In my area. She encouraged me to spend time with the dogs in the shelter. I wouldn’t feel the pressure to get another dog, but I could still enjoy some companionship and distraction when I needed it. I started volunteering about 9 months after my dog passed away. Visiting the shelter every week gave me something to look forward to, and helped me schedule my time better. It also helped my family to gauge my moods. And then, I met Lucy. 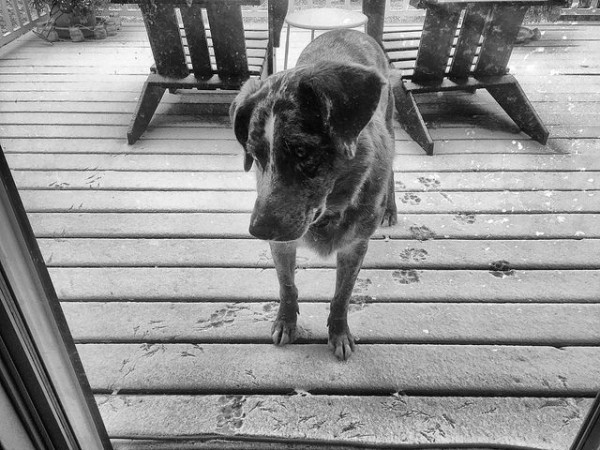 We didn't know how old Lucy was. She was a puppy mill rescue pup, and all I knew was that she would definitely be bigger than a terrier. In spite of all she’d been through, Lucy was charming and social. Like me, she had panic attacks when she was locked in small spaces. She was also very fearful of normal leashes, so we had to train her with a special dog harness. We took a lot of walks together. It helped both of us calm down. Before long, I was talking to her, the way I used to speak to Sophie. She got great at gaging my moods from my tone of voice. And then came the day that I showed up late to the shelter. I had a panic attack earlier that day, and I was distracted and not myself. I’d specifically come in to spend some calming time with the dogs.

Lucy picked up on my mood straight away. She was always a cheerful dog considering what she’d been through, but when I walked through the door that day, she started crying and begging to be let out. I thought she was just happy to see me. As soon as we leashed her up to take her to walk with me, she was calm again, at my feet. The entire walk, she was checking back with me, to make sure I was still with her. As though she knew that today, I might need a little guidance. I started the paperwork to adopt her that day, and brought her home officially two days later, after clearing it with my landlord and getting a note from my doctor, about an emotional support animal.

To specifically qualify as therapy dog, I had to get Lucy trained. Because she had her own struggles with anxiety, it wasn’t exactly easy. But we both had a calming influence on each other. I had a lot of doubts in the beginning. I had always believed that emotional support dogs needed to be specially trained by experts. But because we knew each other so well before training began, Lucy and I were able to design a training program for the two of us. Consulting with breeders I knew was also a huge help. I wasn’t as familiar with big dogs, and I was a little worried because Lucy had not been with me long. They helped me during the training process so that we could cover basic house training along with her emotional service animal duties. I did a lot of research into what Lucy needed from me to make her training easier, and I spent a lot of time on dog sites to help with training. Unlike with Sophie, having an official therapy dog meant official training, and I needed all the help I could get. Needless to say, it was worth it.

Today, Lucy and I have been together for three years. She’s never going to replace my childhood pet, Sophie, but that’s okay. She’s a fantastic companion, and with training and patience, both of us have fewer panic attacks! When I’m having a tough day, she grabs the leash. When I’m upset, she’s always there to rest her furry head on my lap. And she even knows when I’ve been up too late, and will whine until I agree to rest! I was definitely not looking for a replacement dog when I found her. And I didn’t expect a big, fluffy dog with her own anxiety issues to be such a huge help. But Lucy is definitely a girl’s best friend, and I’m so glad I found her when I did. And now that I have my own family, she has become the calm center in our happy chaos.

Hi, I am Olivia, mom of two by day, freelance copy writer when they sleep... In between I share my favorite natural remedies in my own online corner. Stay Healthy, Stay Happy :) Olivia

Love lessons from Lucy
I am...
Fighting the COVID 15? Get a Dog!
advertisement

Love lessons from Lucy
I am...
Fighting the COVID 15? Get a Dog!