The Power of a Word

I spent the better part of my post-high school academic career studying the written and spoken word and how those words matter.

I also have three children who struggled to find their voices. They have worked through intensive speech therapy to be able to find and use words.

The power of a word is not lost on me. 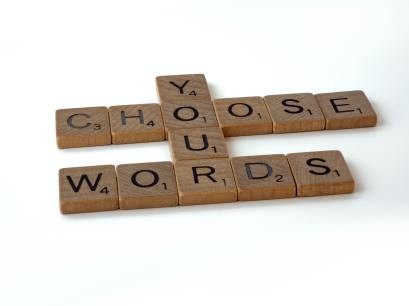 I teach my kids to think before they speak. Is it kind? Is it truthful? Is it necessary? If they can’t answer all of those questions with a yes then maybe they should think about saying whatever it is before they do.

This is why it bothers me so much when people say, “They are only words.”

I’ve had this on my mind a lot for a few months now. It seems like in our current culture it has become a social norm to be a “keyboard warrior” online and to excuse really, really awful behavior because “they are only words.” 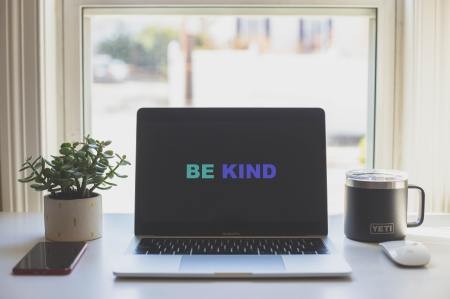 I really got to thinking about this last night after what turned into a heated social media discussion, if we can call it that, with someone I respected. I generally try not to engage and avoid hot button issues- especially when I know the other parties aren’t particularly receptive to different points of view. I know it was 100% it was my fault for kicking the proverbial bees nest, but it was most certainly not a respectful discussion on either side. I am not too proud to admit it wasn’t a good look for either of us.

Follow me as I dig just a little deeper here…

The Power of a Word

There have been moments in my life where words have been really influential on me: The words contained in the acceptance letter to my dream college. My husband asking me to marry him. My Grandmother’s marriage advice after telling her I was engaged. My Dad’s wedding toast to my husband and me. The first time my children told me they loved me. Any time someone told me “You can’t” or that I would fail.

I also can think of moments where words didn’t just have an impact on me, but also on my view of the world or someone in it.

Once, after the birth of a new baby, some relatives came to visit and meet him. One of them had been wanting a baby of her own and working their way through the options. She mentioned how she was slightly discouraged because another family at their church had received yet another foster placement while she was still longing for her first. Her husband responded with a remark about how that child had autism and that family was able to get another child because they were willing to “take whatever garbage is thrown at them.”

Now, it was a passing conversation and comment and the people involved probably don’t remember it, but I do. Six months later as my oldest son received an Autism diagnosis, it resurfaced in my mind. It took up space and it lives there. Every interaction this person has with my child, his words come to mind.

A few summers back a new family moved into our neighborhood. My girls were thrilled to have more kids their age to play with. It was great at first. They played frequently and I was all for it until I started to hear the way these children were speaking. They were being mean to my girls- cruel, really, and thinking they were funny.

Their words weren’t welcome and it was tough to navigate, but my girls learned they needed to speak up for themselves, but also to believe in themselves and they were worthy and capable of great things.

Around the time of my first son’s ASD diagnosis I reached out to the few mamas I knew at that point in time with children on the spectrum. I was lost and looking for guidance. Out of them, most were encouraging, offered support, and gave some advice. One, however, told me to get over it and not make it about myself. She had nothing to offer and I would figure it out just as she had.

That stung. It put up a wall in our friendship. I often think about her words when I am sharing my perspective on our life with the spectrum. I hope that should another mama ever come to me looking for a lifeline as I had been that I remember her counsel and offer better. 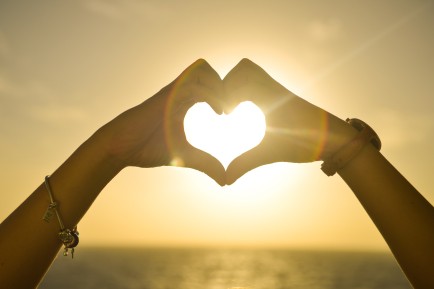 These are only a few examples of the power of words, but they were impactful enough to bear mention. They were moments said in passing that have an echo that remains.

Lately, this world doesn’t seem built for kindness. To have a soft heart or to admit your hurt almost instantly is met with more insult or a suggestion to “toughen up.” I don’t agree with that, but I am also not saying that we should all walk around in bubble wrap with fragile egos and tiptoe around people. But maybe, speak less and think more before you do.

Is it kind? Is it truthful? Is it necessary? If our answer is no to any of these questions, then maybe we need to rethink our words.

The old childhood rhyme “Sticks and stones may break my bones, but words will never hurt me,” comes to mind. Maybe words can’t break a bone or cause visible damage, but words do in fact matter. Words can break and words can damage.

It is up to you whether or not you choose to use your words and your voice for good. 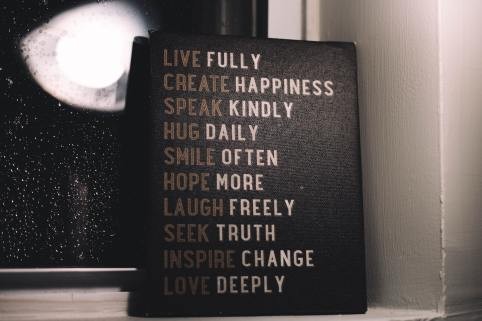 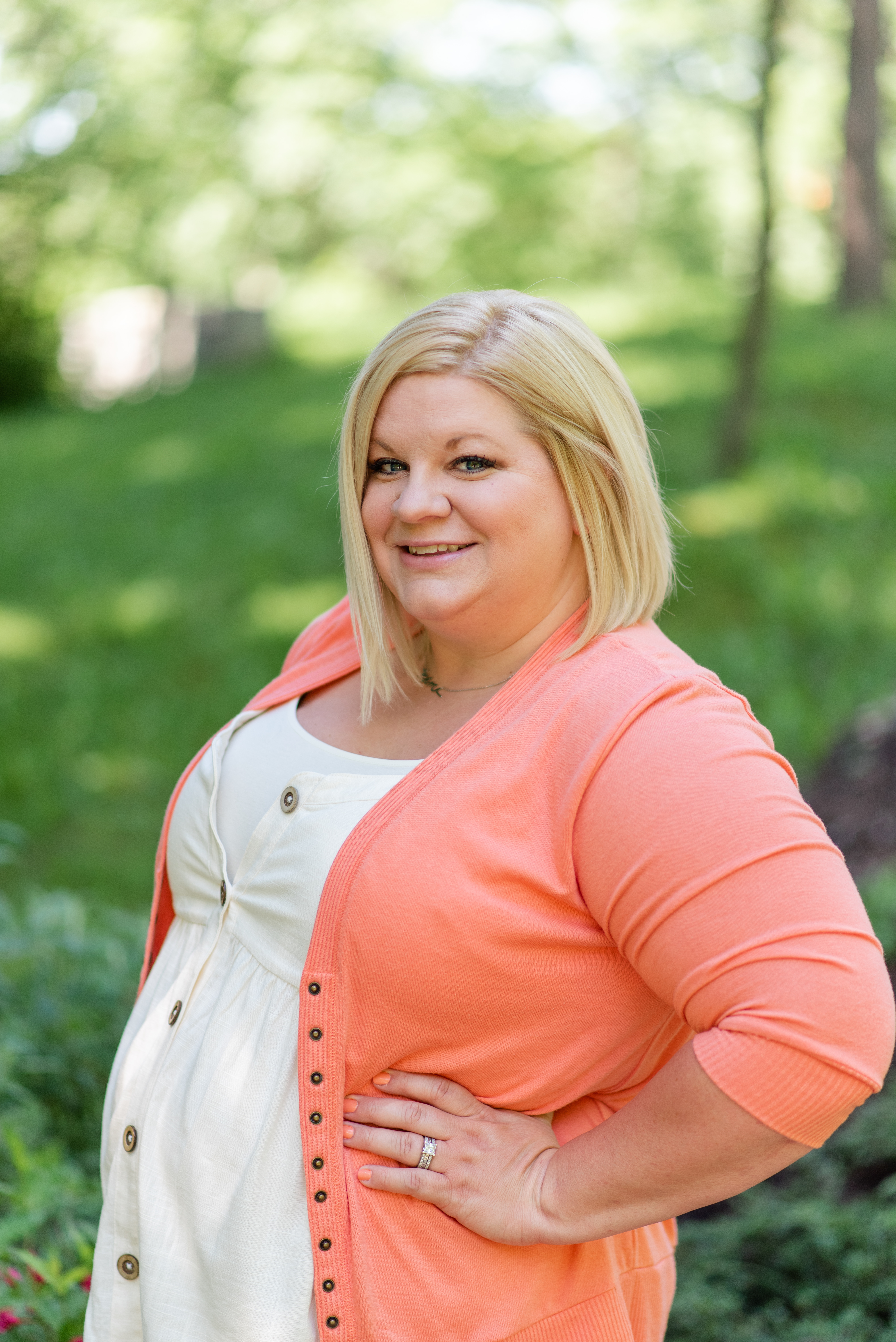 Marisa McLeod lives in Waterville, Ohio, with her husband, four kids, and two dogs. She is a Golden Girls, Disney, and organizational junkie. She can usually be found sipping coffee (or wine), watching terrible reality television, or Pinterest-dreaming her next adventure. You can keep up with her on her blog https://howmanymonkeysjumpinonthebed.com, Facebook @howmanymonkeysarejumping, or on Instagram @risasue040582. In addition to her own blog, she is a contributing writer for Toledo Moms and has been featured on Finding Cooper's Voice. 📷 cred: Caitlin Breann Photography

I’M GLAD YOU KNOW HOW TO SAY ‘NO,’ BUT COULD YOU PLEASE STOP YELLING IT AT ME?
We Absolutely Made The Choice To Be Friends With Our Kids
Autism: The Club No Parent Wants to Be In
advertisement

I’M GLAD YOU KNOW HOW TO SAY ‘NO,’ BUT COULD YOU PLEASE STOP YELLING IT AT ME?
We Absolutely Made The Choice To Be Friends With Our Kids
Autism: The Club No Parent Wants to Be In