The Slow and Steady of Adoption

My son Alex, moves at his own pace. We often call him a turtle or tortuga (Spanish for turtle) and he likes turtles. He sleeps with three stuffed turtles that we got during the many trips we've taken to Sea Turtle Rescue at South Padre Island, Texas.

Laid-back is an oversimplification of Alex’s personality. He’s a watcher, an observer, and processor. He’s curious and inquisitive. He can follow directions on his Lego sets and put together a HUGE jet in a few hours. Along those traits, he’s all boy–he plays outside until he’s dripping with sweat. He rides his bike. He climbs trees. He plays basketball. He shoots Nerf guns. He douses his sisters with the water hose and he laughs a lot.

He’s so much like my husband, it’s nuts, especially since Alex isn’t biologically related to us.

We were blessed to be matched with Alex and his sister, Sophie, in May 2012. In fact, they entered our lives the day after I got my first book contract with Soulmate Publication. It was a big week for us, but there he was, our little turtle, walking in our front door, taking it all in. 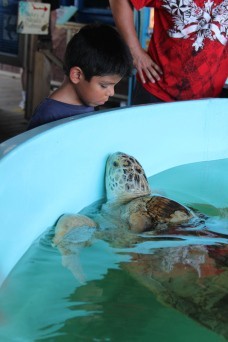 Like any child being moved from an environment, no matter how chaotic, to a unknown home, he approached us with caution and concern.

Behind couldn’t even begin to describe his educational level. At the age of four, he didn’t know any shapes, colors, numbers, the alphabet, or any nursery rhymes. He couldn’t tell me what he liked or didn’t like to eat, but he could point to it.

His vocabulary was so stilted, we tried to speak to him in other languages and he looked even more confused. I mean, a four year old should be able to count to five right? Know what colors are? Certainly he hasn't been this neglected, right?

It was a big kick in the teeth to see how much this child didn't know. How his basic needs in life had been put on the back burner and how he'd been expected to care for his not even two year old sister for her every need.

As heartbroken as we were to realize how much basic life education he lacked, we had to admit, he was a survivor and we discovered quite quickly, he was far smarter than many adults had given him credit for.

But where to begin with a child who had no idea what 99% of the items were in the produce section?

As my grandmother would say, slow and steady wins the race.

We started small. A visit to the grocery store.

After looking with wide-eyed surprise at the number of apples available, I simply walked Alex and Sophie around the store. Alex watched curiously, not saying anything, until we got to the chip, soda, and cookie aisles. There he had plenty to say, but no requests for junk food were specific names, just "that" and "this".

As we drove down the street, he could point to every fast food restaurant and tell me what they served. He identified the city buses and cabs and explained that police cars were bad.

What had we gotten ourselves into? When we'd done our research, taken the foster parent training, and talked to our social workers, they'd told us many of the children adopted from foster care would be behind socially and for sure academically delayed. It was one thing to see it theoretically. It was another to be the parent of a child who had no idea what strawberries were.

This child was a good two years or more behind his peers, would we ever catch him up? The task seemed daunting. I cried a lot because I didn't want to be another adult who failed him, but it didn’t take us long to realize this little guy simply needed a bit of coaxing to come out of his shell.

One week into his permanent stay with us, I playfully asked him what something was. As usual, he recoiled, pulled back into his little safe place until he realized I wasn’t upset that he didn’t know. I wanted to teach it to him. After making a silly idiot of myself when I explained what a fork, knife, and spoon were as I made the silverware dance, he did something he hadn't done before. He looked at me with wide-eyed wonder and curiosity.

Then our little turtle stretched his neck out and started taking the world in through new eyes.

This wasn’t an overnight thing. He didn’t know us, but slowly and surely, he opened up, came to trust us as we fed, clothed, loved, and showed him more Disney Movies than we care to admit. We took him to the grocery store, the zoo, the park, Target, Petsmart, the Children’s Museum. Every place was a new experience, a constant, “Mom, what’s this? What’s this?” kinds of moments. It was exhausting and at times frustrating, but always exhilarating when he’d smile at us with that triumphant look when he’d told us something he’d seen and used all his new words to describe his day.

We quickly found out he loved to build things. Because our older children loved trains, we still had our Thomas the Train wooden train tracks and one day, Alex designed this HUGE display. He had turns and curves and bridges and dead-ends. He spent a couple of hours working on it while I played with his younger sister and the older two children were at school. That evening, I asked him to come to dinner and he reluctantly agreed, but “I want dad to see it.” I explained Dad would be home in a bit and he could see it then, but it was dinnertime.

Well, might as well have stabbed me with a knife in my heart because I realized he thought I’d lied to him to get him to do what I wanted. That so many people in his life hadn’t followed through. I promised him when Dad got home, they could go right upstairs and finish the train tracks. 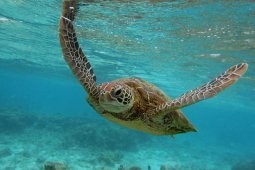 Sadly, he pulled back into his shell and poked at his dinner, but when the garage door opened, his head popped up and he grinned from ear to ear. The door opened and he jumped from his chair, yelling, “Dad, dad, come see what I built today” and off the boys went to play with the trains.

We just passed our four year anniversary of their arrival and our turtle, our slowly but surely kid is making all A’s and B’s in school. Through determination, consistency, his own love for knowledge, and the incredible guidance of his teachers, he’s come so far in a very short period of time. He’s not perfect and he might struggle with school from time to time, but knowing about his stilted beginnings to see this level of success, my son is truly remarkable. And I'm not saying that because I'm his mother--well I kind of am bragging, but he's seriously awesome.

For anyone considering adoption, please know that slow and steady gets you all there. It's a process, and somedays it's agonizingly slow. Somedays you'll wonder what in the world you got yourself and your family into, but it's a marathon, not a sprint.

Remember when things aren't clicking and you're all trying to get across the finish line, the tortoise won.

Mother of four, wife of one, lover of great words and powerful messages.

A Turtle Doesn't Run Through It
This Father's Day, My Dad Actually Gave Me the Gift
My gratitude for our NICU nurse
advertisement

A Turtle Doesn't Run Through It
This Father's Day, My Dad Actually Gave Me the Gift
My gratitude for our NICU nurse