There But For The Grace of the Teachers 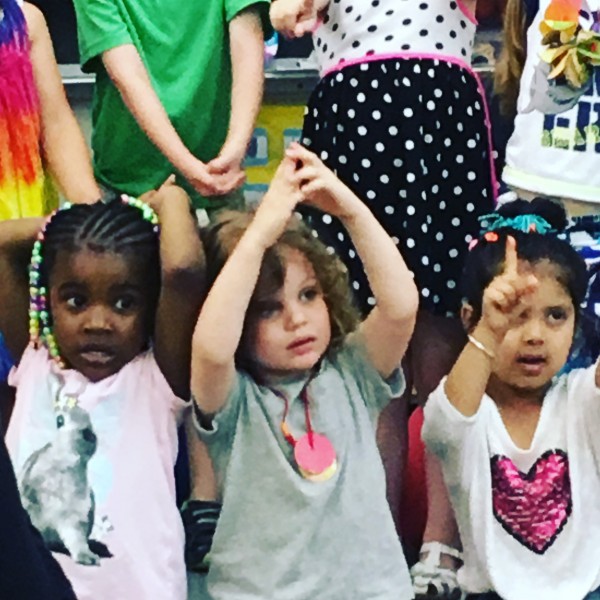 I want to tell you about the teachers.

Specifically, I want to tell you about Ms K, my youngest's teacher from last year, but my guess is we can recognize so many of the teachers in Ms K, because it takes a special kind of person to be doing this work, doesn't it? Maybe the best kind. Better than me, that's for sure.

Ms K, bless her heart, came in to Luca's classroom halfway through what was a challenging year of transition for him. He was the baby of the class, still stumbling to adjust to full-time school after mostly spending his weekdays in the quiet and loving company of his Grammy.

He wasn't potty trained (although he was at home).

He wasn't talking (although he was at home).

She called me one evening, shortly after she started. "Is this Luca's Mom?" she asked, and I bristled. I'd been waiting for the call where they told me he wasn't ready for school, that I had made a mistake, to come get him right now and not return until he could wipe his own butt and speak when spoken to, please and thank you.

Except that's not what she said.

"I'm taking him on as mine," she said instead, and I had to try to sneak in big gulpy breaths to disguise how I had burst into tears. "Let's get him potty trained," she said.

"Let's get him talking," she said next, emboldened, but we were running out of time. School was about to break for the summer and truth be told, I wasn't very confident. Luca had never spoken to anyone but us.

And yet the days ticked by and nothing happened, not yet. Everyday he would come home and I would ask, hopeful, "did you talk to Ms K today?"

And he'd smile sheepish at me, looking up from under those eyelashes that God gives three year old boys and the rest of us try to mimic with mascara, and shrug. Nope. Not today.

On the very last day there was a picnic. We went too, Nick and I, and watched Luca mouth the words to the songs his classmates sang out loud. Afterwards we packed ourselves up to head home. Ms K came over to say her goodbyes.

He said it so quietly and so naturally that it took us all a moment to even register what had happened, how she had said she was going to get him to speak to her and how he had, just like she said.

I tell you this because it's school time again, already is for some of you and will be again for the rest of us soon. We are buying up our school supplies and laying out first day outfits and trying desperately to remember how to get the kids up at a reasonable hour in the morning. There's anxiety so palpable in the air that's it's clouding out the last rays of stubborn August sun.

Our babies are alright, you guys. They are loved and cared for and guided by these angels, the Ms Ks of the world and all the others like her. The people who do every single day like it ain't no thing this miracle of feeding and watering and nurturing our children so they can bloom where they are planted.

So they can pee in the potty.

So they can find their voice.

And so they can, eventually, change this world.

God bless the teachers. There but for the grace of them go our babies.

Liz is a writer, blogger, teller of stories, believer in truth, and mama to four. She shares her stories on lizpetrone.com and all over the internet.

The Best Christmas Letter Ever
Teaching Parents the Importance of Teachers
I'm getting sued for sharing footage of teachers abusing a girl with special needs, but I have zero...
advertisement

The Best Christmas Letter Ever
Teaching Parents the Importance of Teachers
I'm getting sued for sharing footage of teachers abusing a girl with special needs, but I have zero...