Things You Must Not Worry About After You've Given Birth

It's hard in winter when you live somewhere like Toronto, Canada. The weather is so cold and it's easy to feel a little down. I was lucky enough to have my second child in the middle of summer, but I gave birth to my first child in winter. Combine that with the fear we all experience and it wasn't a very good time for me. There were lots of things I shouldn't have been worried about, but I couldn't help myself. I'm going to discuss them in the hope you'll benefit from it when you give birth.

A baby is meant to sneeze when they are feeling perfectly fine. It's likely they're just clearing out their respiratory and nasal passages. When it's snowing in Toronto it's not the first thing that pops into your mind. You automatically think your newborn has the cold and they need to see a doctor before it gets any worse. It doesn't mean to say your baby isn't sick if they're sneezing, but you can't assume they are ill because you are feeling a little under the weather.

Forget about any schedules when your baby is still young. If they don't go to sleep when you put them to bed it doesn't mean you should worry. They'll soon fall into their own sleep schedule, so once you bring them home from the hospital let them sleep when they want. Do try your hardest to make sure you don't wake them up. You might have to work hard to achieve this. For example, if you forget the window cleaners are coming one day your baby could accidentally be woken up.

Every baby is unique and they'll all progress at different rates. You can't concern yourself with any other babies you might know. It's not a competition to see which baby can crawl around the quickest. If my little one was trailing behind her cousin I would think it was something I was doing wrong. Eventually they're going to be walking and talking, so don't wish the time away by hoping they grow up overnight.

Try not to listen to advice from anyone who doesn't have a child. If you think you're doing okay it's maybe a better idea to ignore everyone. When you are at a low point in life it's easy to feel like you're doing something wrong when someone is questioning your ability as a mom. You'll soon find out everybody likes to give their opinion about things for some strange reason even though it's none of their business.

Who doesn't eat lots of food in winter? It's cold and you'll want enough body fat to survive until spring. There is nothing wrong with trying to get back into shape, but give yourself a little time until you start doing anything too drastic. You only have to focus on your baby for a while after you give birth. Don't start to feel bad about your appearance because there will be plenty of time to look good for summer.

It's natural to worry when you've given birth for the first time, but it's especially hard when you're feeling under the weather. There are plenty of ways you can relax when you have a little time to yourself and it will help improve the way you feel. Also, even though it's cold you can't spend all your time indoors, because getting lots of fresh air is good for improving your mood. 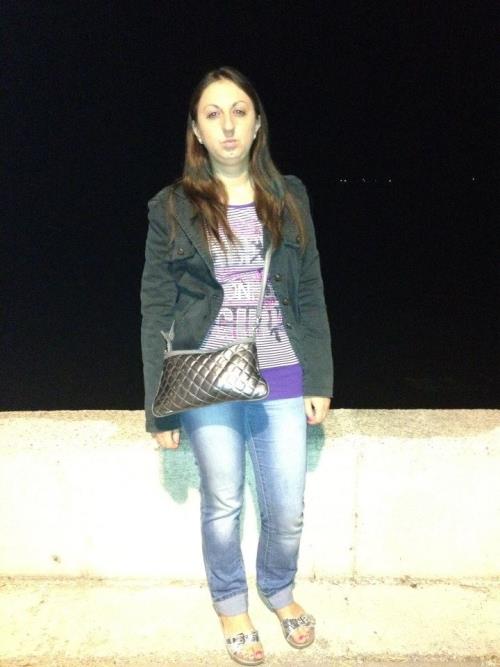 USA girl living in Toronto, Canada. Sharing my experiments in life as a single mom - places, recipes, dating, photography, diy and whatever life brings me.