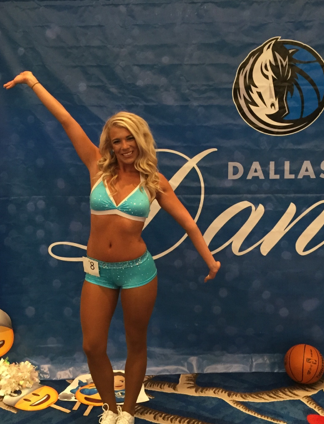 They say the things we worry about aren't usually the things that actually happen to us. They say what "gets us" are things we never see coming -- the things we never even think to worry about. That's obviously true when it comes to parenting...
My daughter called me last night as I was finishing up a phone call with a girlfriend. I want to tell you that I clicked right over to my daughter, but I confess that I was wrapping up a riveting conversation and decided I could call my child right back. After all, it's just my 21-year-old, who is down in Dallas (about three hours from our hometown) taking some dance training classes with the Mavericks Dancers and she's called me 10 times a day, every day this week to bubble over with joy and describe in minute detail every little aspect of her experience. I'll call her right back in just a second. I wasn't the least bit worried.
Except that when I called her back she didn't answer. 'There went my window of opportunity!' I thought to myself, 'I bet she called her boyfriend instead!'
I tried again. And once more. Finally she answered.
"Mom, there's been some kind of a shooting down here. There are police everywhere! They wouldn't let me turn back the way I came a few hours ago, so I'm trying to find my way out of the area. I've never seen so many police cars in my life! And, mom -- I'm scared. I'm really scared."
I could hear the sound of sirens all around her. I turned on CNN. Dear Lord. For once in her life, my little Drama Queen was potentially under-dramatizing the situation. My first thought was, 'What is happening in our world?' And my second thought was, 'I need to minimize her perception of the danger she's in, so she can keep her wits about her and not panic, while simultaneously emphasizing the gravity of the situation and how desperately Mommy needs her to get the heck out of Big D ASAP!"
As a mother of five, I majored in girls, minored in boys and earned my Masters in Drama Management. This should be a cinch for a veteran like me.
"Do you have the news on Mom? Are they showing anything that's going on down here? It seems like it's a really big deal."
"Yes, it's on the national news. I need you to tell me exactly where you are. Do you see any street signs?"
I was Ground Control trying to help a novice pilot land a jumbo jet. I stayed on the line. Just to keep things interesting, like 21-year-old girls tend to do, she informed me that the gas light had just come on and asked me how many miles I thought she could drive from that point. The last thing she said to me was that she had 1 percent battery life and then her phone died.
I put on my PJs, brushed my hair 100 strokes and prayed for my kid. Lest you're impressed that I'm one of those calm, cool and collected moms, I must also add that I psycho-dialed her, all the while attempting to send brain-wave messages. "Remember I put that green car charger in the glove compartment!" "Don't forget you have the green charger!" "Call me back!" "Green charger, green charger, green charger!"
I kept one eye on the news, as the number of deceased police officers continued to rise and one eye on my telephone. This is real. She called me back about 15 excruciating minutes later (15 minutes = roughly 15 years when converted into Worried-Mother-Time). We eventually "navved" her right into my mom's driveway, on gas fumes and 1-2 percent battery life.
From her first phone call until she found her way to my mom's house, our entire ordeal lasted about an hour and a half. Our family was spared personal tragedy and except for some mild PTSD (both of us) there probably won't be any long-term repercussions for us. But, tragically, that's not the case for several families in Dallas, whose lives are forever fractured by this heartbreaking and devastating event.
It's hard to know when to worry as a parent. I used to worry about my college aged kids' study-abroad plans. Now it seems as though our children really aren't safe anywhere. At home or abroad. So, as far as when and what do we need to worry about?
All the time and everything seems about right...

More from A Ginger Snapped: