To the girl who will someday marry my son

There's a little girl out there right now who has no clue how badly she's going to blow up my world someday.

She will steal my son's heart one day and he's going to leave me for her. Ok, yes he's only 10 years old right now but, faster than I can blink, I know you'll be here, dear girl. And I can hardly breathe thinking about it.

I don't know you yet, but I think about you a lot, little girl. I don't know if you have brown hair or blonde, if you have blue eyes or green, if you like sports or play the piano, if you're left-handed or not (or if you'll even BE a girl for that matter, but that’s a conversation for another day with him!) But I do know this: Shit will get real when we meet and you are going to want to run. Please don't.

Let me apologize to you in advance for the fact that you'll have me as a mother-in-law. You probably could have definitely done better than me. But you won't, in a zillion years, find someone better than my son. So please, don't run. I might scare you off. I'm going to be the most brutally honest, somewhat obnoxious, slightly inappropriate albeit goofy middle-aged woman you'll ever know. And you may think I drink too much wine —but you'll understand that later.

In the beginning, I will probably ask you a shit ton of questions, some that will embarrass you. I may grill you on what kind of upbringing you had or ask you about your parents. I will probably quiz you about your goals in life and whether you want to work or stay home. I will likely want to know EVERY. THING. ABOUT. YOU. It's going to feel like you are the prime suspect in a CSI episode and I'm David f-ing Caruso.

You see, his daddy already left. He had to get to heaven, so my son became the man of the house a little sooner than any boy should. It's been he and I for a while and he is everything in the world to me. So remember, it's going to be agony for me to let him go. Keep that in mind when he takes your hand instead of mine someday. I will try and remember too, that he picked you for a reason, so I'm going to do my damndest to respect you because of it.

I won't say a word about your wedding —how or where to have it or offer any advice unless you ask me. I won't ask invasive questions about when you will have kids or how many you want. I will definitely not meddle with your pregnancy, suggest baby names or ask to come in your delivery room. I won't tell you where you should live - the suburbs or the city. I won't tell you how you should get a dog before kids or where to vacation. I won't belittle you or your choices and I will never say a discouraging word about you to anyone, least of all my son.

I will, however, probably tell you about my wedding day and the way I felt standing up there on the altar with my son's father —so in love that those expensive flowers, massive cake and poofy dress didn't matter one bit. I will tell you about how I dreamed in the months and years after that we would have a little boy who could someday carry on the family name. I'll probably tell you about the day our son was born and the look on my husband's face when he told me it was a boy —the day I fell in love with a boy so deeply it scared me to tears.

I'll likely tell you how we changed his name several times in that hospital room before finally naming him. I will gladly share with you the joy (and misery) that colicky, cranky baby boy caused us in the first few years of his life living in a two-bedroom farmhouse.

I'll tell you about all the friends he made when we moved to the suburbs and that he learned to ride a bike on his first try in the driveway and nearly broke his arm falling off the neighbor's scooter. I'm probably going to show you my favorite pictures of his beautiful, brown eyes and goofy grin —especially the shots of him tightly clutching our German shepherd who used to lick his baby face every day, chase him around, and greet him off the bus up until the night he cried himself to sleep when she died.

I may tell you about my son's love for the sandy, white beaches of Florida's Gulf Coast —a place he's vacationed every year since he was a baby —where he built his first sandcastle, learned to skimboard effortlessly and where he first parasailed. I won't have to tell you about how he gets the most perfect dark brown tan after he's been in the sun for a day or so, despite all the sunscreen he applies.

I'm going to warn you of my son's intensity —the way he always strived for straight As on his tests or his determination to be the best in every sport he played. You'll probably already know what a great athlete he is and how he could easily save an upper 90 shot from getting past him in the soccer goal —but I'll probably tell you anyway. I will tell you how he has been a perfectionist his whole life, and loves order and organization. It started when he sorted playroom toys at age 2.

I'm going to tell you about the love he has for his sisters, despite the times he terrorized or picked on them in his adolescence. His protection for them came early —he was 4 when he saved his baby sister from falling down a flight of stairs when we weren't looking. And let's not forget the sound of his laughter, I won’t. He has the same boisterous laugh as his momma —we really did get a kick out of a good fart joke or a silly episode of Pickle and Peanut, I'm definitely going to tell you.

I'm trying not to screw him up too badly for you, little girl. He's still a work in progress. He's probably not going to be the most patient person in the world —you're going to have to blame me for that one. Sometimes you may have to say his name about three... seven... ok nine times before he ever answers you. He can't close a toilet seat to save his life or rinse out a bowl in the sink... but he eats his meals meticulously over the table and doesn't drop a crumb on the floor. And he knows how to hang up his shower towels and put his laundry away without me nagging.

He will be able to teach your children how to figure out the Rubik's Cube in under two minutes or do an impossible math problem. And since he spent the better part of age 7-10 putting together billion-piece Lego sets, he will no doubt be able to easily assemble IKEA furniture or even rewire your house if need be.

I made him into a good snuggler for you. He promised me at age 3 he'd never stop giving me hugs, but something tells me he'll be hugging you more than me someday. His heart is exponentially sweeter than mine —so if he sees a homeless man on the street, he'll most likely give him money. I'm trying to teach him to love people no matter what color they are or where they come from or what they believe. I'm telling him to be a friend to someone when no one else will. I'm expecting him to be good and kind and brave for you.

So when the day comes, take care of him, little girl. It will be misery letting him go. Mothers of boys are a special, crazy breed. We adore our boys to pieces. We cherish them unfathomably. We have an indescribable love for them —something you won't ever understand. That is, of course, until you have a son of your own.

We'll have to open a bottle of wine then, and that's when you'll understand. 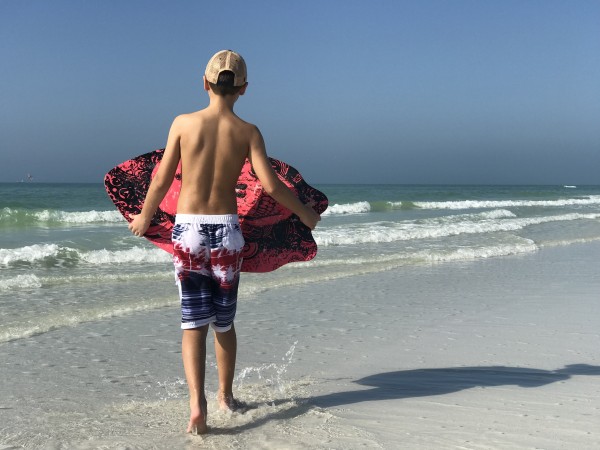 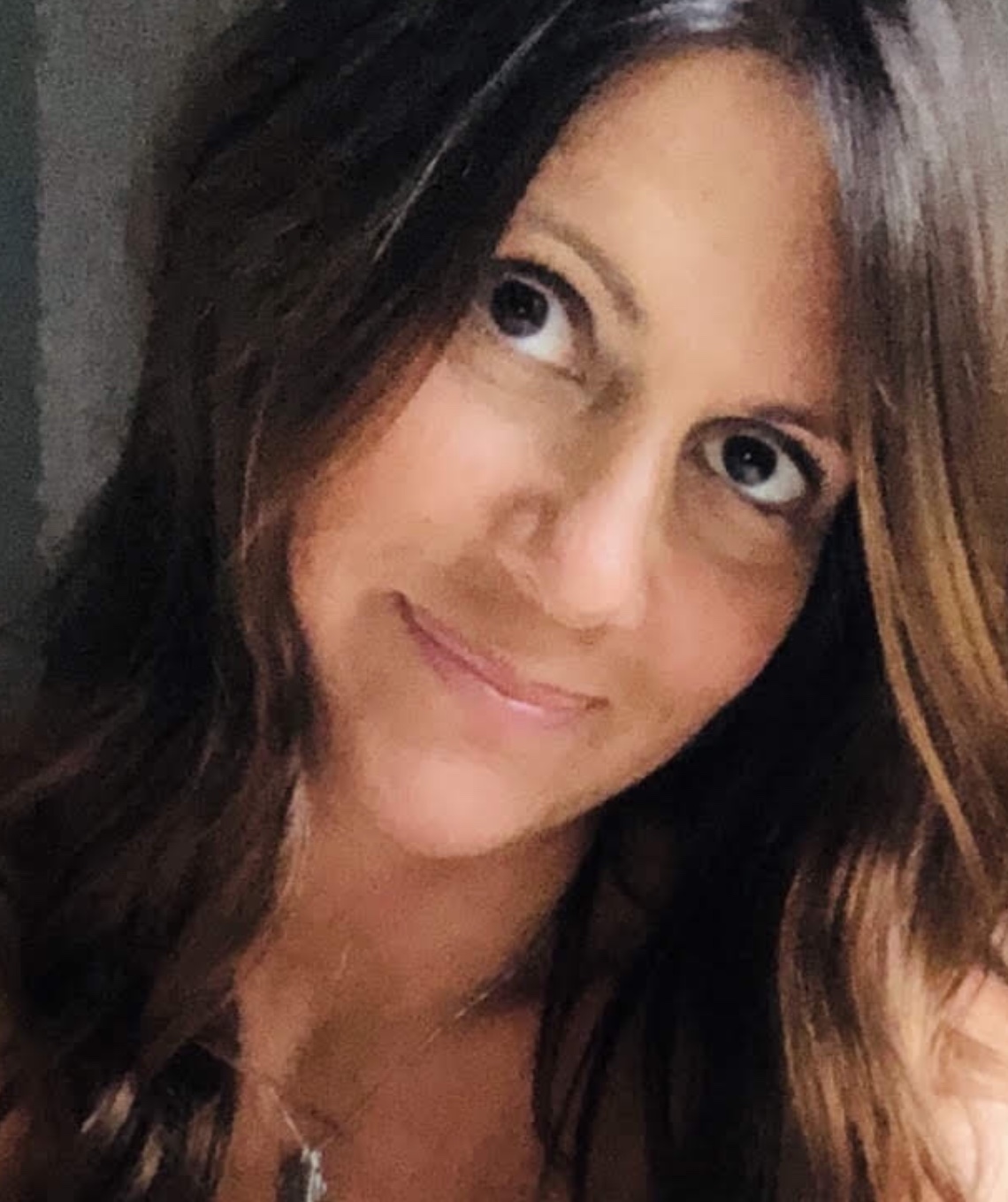 Writer. Widow. Mom of four. I write about parenting after becoming the single mother I never thought I'd be. My writing is raw and exposes the emotional roller coaster that is grief in losing a spouse - but also deals with all things irreverent, is sometimes inappropriate and maybe even funny on occasion. Featured on Today Show/Today Parents, Scarymommy, BLUNTmoms, Filter Free Parents, Her View From Home, Popsugar, The Widow Wears Pink and others. Thanks all who follow my journey at www.andrearemke.com, on Facebook and Twitter @andrealremke.