To The People Who Don't Know Autism

When we are out in public, I don’t worry about how my son will act.

I don’t worry about his struggles or mannerisms. Or his uniqueness.

Because I know exactly who he is and how he is going to behave. And I am in no way embarrassed.

But most importantly, I know he is learning to navigate a world that he doesn't understand. And he learns best by doing, by being, by trying.

My son is ten years old. He loves trains and being with his family. And he's also autistic. The stack of papers in my drawer in the folder marked Cooper tells me that he was diagnosed with severe, nonverbal autism at age 3. There is a lot more too. More words. More acronyms. They are written in black and white. And yes, they are important, but what they forget is his color. The brightness woven through him.

His dad and I are long past the sting of the initial diagnosis. We have learned to navigate autism you could say. Like a dance, a give and take, and round-and-round we go. We have learned how to be the best parents to a unique, amazing, and misunderstood little boy.

I tell people we are the lucky ones because we get to see the world through his innocent and trusting eyes. 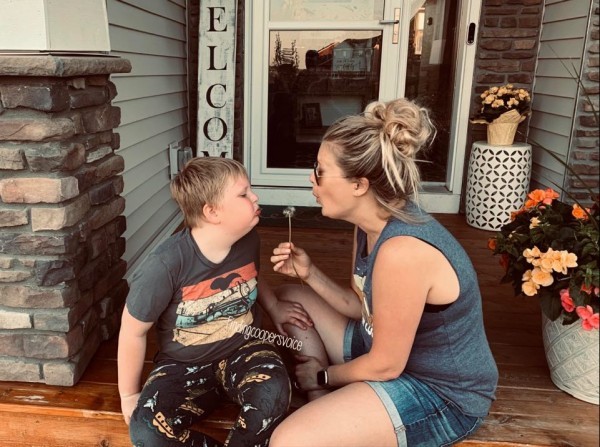 He is exactly who he is supposed to be whether he is home, at school, in line at Target, or visiting a hockey rink for the first time.

He is Cooper. I know him well.

I know he will flap his arms in pure joy.

I know he will run. And sit. And maybe feel the cool of the cement with his cheek.

I know he will squeal. And hum. And laugh.

I know he will wave to strangers who will rarely wave back.

I know if there is music playing he will dance.

I know if he has to wait for too long he will get frustrated. He may even stomp his feet and hit his own head.

I know he will do all of these things because he is learning to navigate this world. A world that he doesn’t understand quite yet.

And it is my job as his mom, to give him the space to do so. It takes bravery on my part. And the belief that the world is inherently kind.

See, I don’t worry about him so much anymore.

What I do worry about though is everyone else.

I think it’s important for the world to know that. To know about us. And him. And autism.

People should know that there is a mom, with three little boys, who is 37 and pregnant, who she worries before leaving the house and at 4 am that people will be mean to her oldest son.

It keeps her awake at night. And stops her in her tracks when in the community.

She often studies your face as you watch her first born looking for a reaction. She waits, ready to protect, but hoping for grace.

Praying even, that you will understand that he squeals because he loves the way it feels when the wind blows through his hair, and he cries because he can't communicate that the bright lights hurt his eyes.

She prays you know autism. That you know differences.

And she worries you will laugh at him. And point. And snicker. And mock.

Or worse. Yell at him. Scold him. Belittle him. Because she's seen and heard it. She's seen a man mimic flapping arms and heard the scolds of an older woman calling out a child for being supposedly bad.

You have power people. The power to be kind to others.

But please know too, that she believes in you. She tries to remember that the world is mostly good.

She tries to be brave and invincible but most days she wants to keep that precious boy home where he is safe and loved.

Hiding him isn't the answer. Believing in you is.

Please people. Those whom I’ve never met. And those who do not know autism.

Give us grace. Give us kindness. Give us patience and room to grow.

And know that we are doing our absolute best.

You are witnessing our life firsthand. Learn from us. Say hi to us. And then take what you've learned and pay it forward. 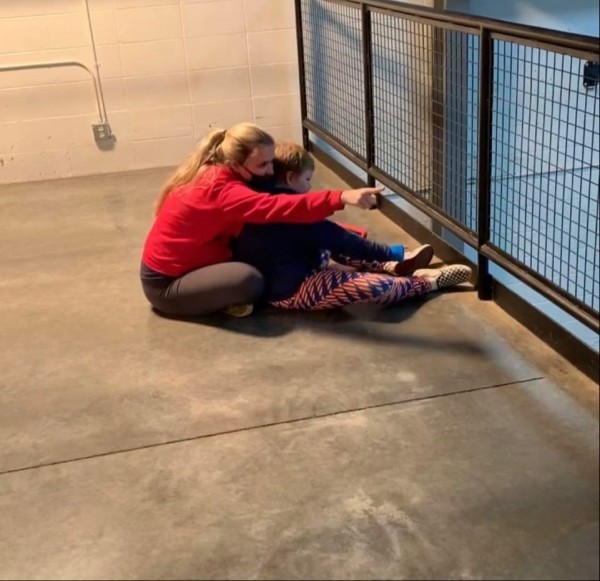