Tragedy and Hope: A Micro-Preemie Journey After Loss

Published by sarahwheeler on November 10, 2017

Our story starts with a tragedy.

In 2015, my now-husband Steve and I found out we were pregnant with our first child. She was a surprise, to say the least, but she woke a part of our hearts that we didn’t know existed. We really wanted to be parents! We passed the 20 week mark and found out we were expecting a girl. She was a little bit small for her gestational age, so they sent us to the perinatologist for a level 3 scan- just to be sure everything was okay. There we were faced with a parent’s worst nightmare. She may not live.

She wasn’t developing the way she was supposed to. Her heart was enlarged and she was little- too little. We had an amniocentesis done to rule out genetic disorders, and we waited. The next week (I was 24 weeks by then) I went to my normal OBGYN for my monthly check up. I usually go to these appointments alone, but this time my mother wanted to go along. She was hoping we’d receive some good news about the amnio. The nurse came in to check for a heartbeat. She moved the wand around my tummy over and over, but all we could hear was static. She smiled reassuringly and told her the doctor would try again when he came in. He did- nothing. My own heart was racing as my worst fears were coming to fruition. He took us to the ultrasound room and there she was. So still it looked like a photograph. “I’m sorry, we can’t find a heartbeat”.

We were sent to Labor and Delivery at the local hospital that evening for induction. She was born the following morning at 5:26am on March 25th, 2016. She weighed 9 ounces and was 9 inches long. We named her Sydney Rae Wheeler, and she was the most beautiful baby I had ever seen. Because she was mine, and I was hers. She was born still and silent, the only one screaming in the delivery room was me. 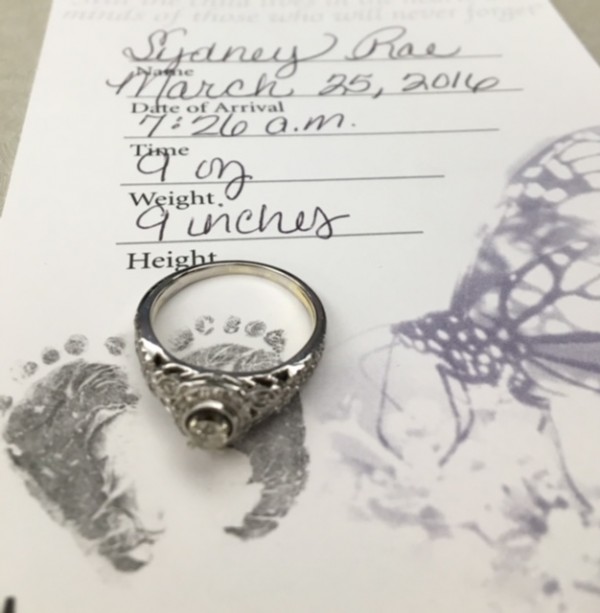 The months that followed were dark and full of anguish. When you lose a child, every day afterwards is surviving. But as time passes, the grief creeps up less often, and for less time. Towards the end of the year, Steve and I decided we would try again. The fear of losing another baby lingered like a dark cloud- whispering doubt into our ears, but we decided to take the chance.

On Christmas Eve, I found out I was pregnant for the second time. I wrapped the test in a gift and gave it to my husband and family that night. We all wept together, reassuring eachother that everything would be different this time. This baby had an angel watching over it. 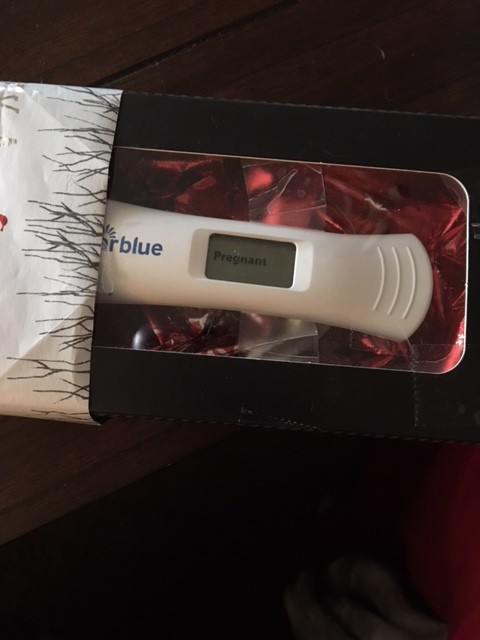 Our lives continued, full of perinatal visits and ultrasounds. Since Sydney’s exact cause of death was unknown and her genetics were perfect, we were monitored closely and the baby was measured for growth every 4 weeks. Around 18 weeks we found out that this baby was healthy and growing, and we were having a little boy.

Early May came and I was 24 weeks pregnant- the gestational age Sydney was when we lost her. But this time was full of hope. Steve and I were getting married, we were buying a house, we were getting ready for our rainbow baby to come into the world. And then… more fear.

Two weeks after our wedding, my blood pressure was suddenly high and I was swelling. I was admitted to the hospital and was monitored for three days before things got scary. My blood pressure was reading 197/110, and medication wasn’t helping. I had developed HELLP Syndrome at only 25 weeks pregnant. Terror set in. I couldn’t lose another baby. I wouldn’t be able to live through that again. 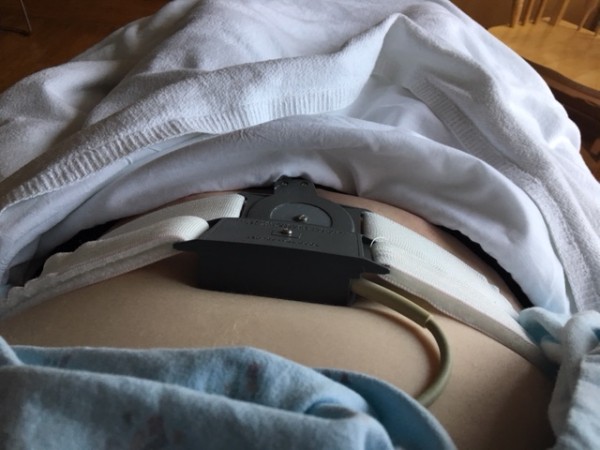 The neonatologist came to my room and told me my son had a 93% chance of survival. They took him via emergency c-section on May 6th, 2017. He weighed 1 pound, 6.9 ounces. And so started our NICU journey with a micro-preemie. 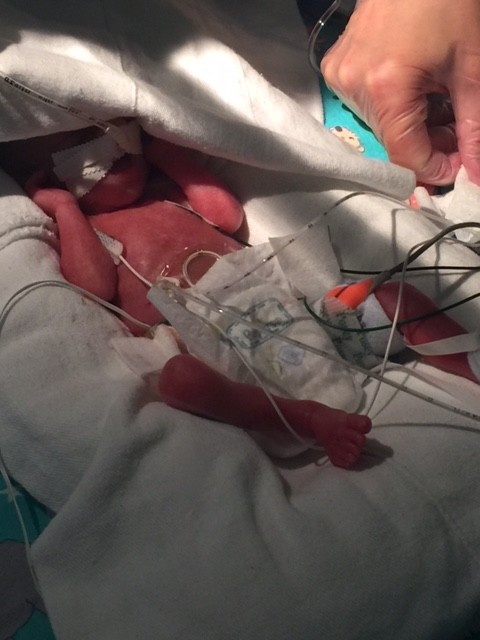 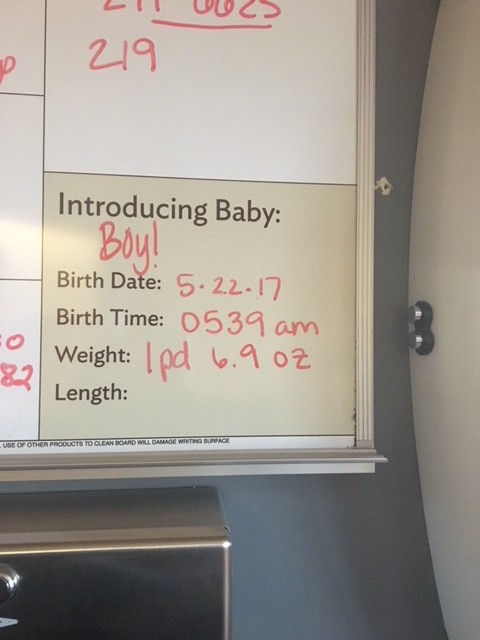 I didn’t see my baby until he was two days old. He was so small and skinny that he looked like a baby bird. His room was dark and quiet, and the nurses insisted we speak only in a whisper the first three days because of his susceptibility of brain bleeds during the first 72 hours. We spoke quietly to him from the outside of his isolette, asking him to be strong and for Sydney to help him fight for his life. We named him Jackson Dean. 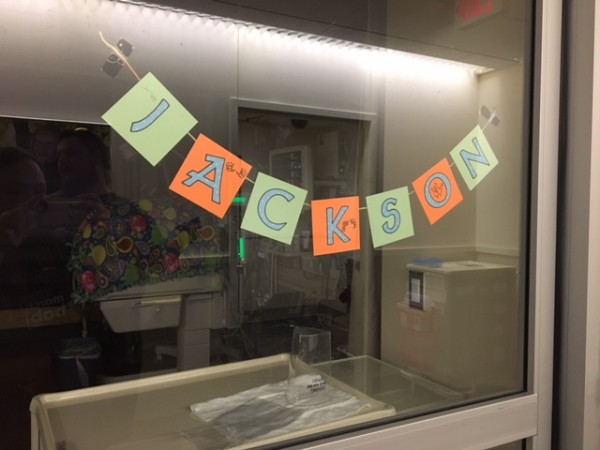 The first weeks were brutal. He ended up with sepsis, pneumonia, and a large PDA (a hole in the heart that directs blood away from the lungs). He was on high levels of oxygen and a feeding tube. We weren’t allowed to hold him until he was stable, so we just sat in his room and talked to him through the window of his isolette, gently placing a hand on his head or back so he would know he wasn’t alone. 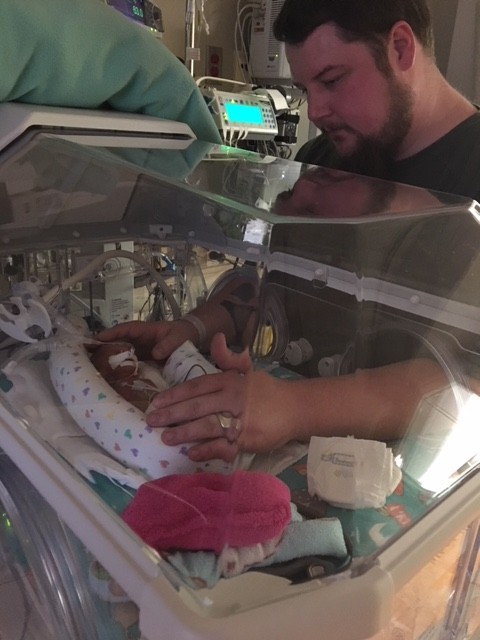 After 15 days, I finally held my son to my chest. His legs wriggled against me and it was then that I knew he was strong. He was resilient. Someday, I would take him home. Someday, the NICU would just be a distant memory. I finally felt… hope. 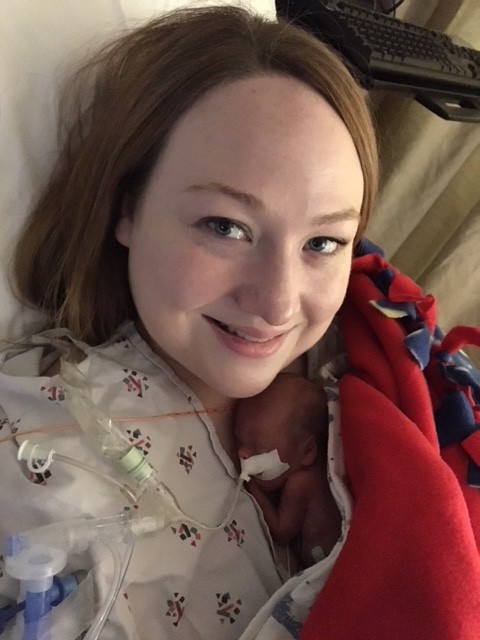 Three nurses chose to be his primary care team- Jan, Jane, and Amanda. I was at the hospital every day, and these ladies very quickly became my family. They talked to me when I broke down from the stress, they calmed me when we seemed to backslide, they rejoiced with me when we reached milestones. They took care of my heart when I had to leave him with them. I will never be able to explain how grateful I am for them.

Jackson’s growth was slow and steady. He was given steroids to help his lungs and he was extubated at 30 days old. We had never heard our baby cry until then. It was the most beautiful sound I had ever heard. Soon after he started to really make progress, gaining weight and learning how to breathe. He hit two pounds, then three, then four. We were finally able to start oral feeding attempts, and he amazed all of us. He started taking all of his feeds by mouth and the feeding tube was taken out within a week of his first bottle. He still needed oxygen, but not nearly as much as before. We were coming to the end- we were going to go home soon. 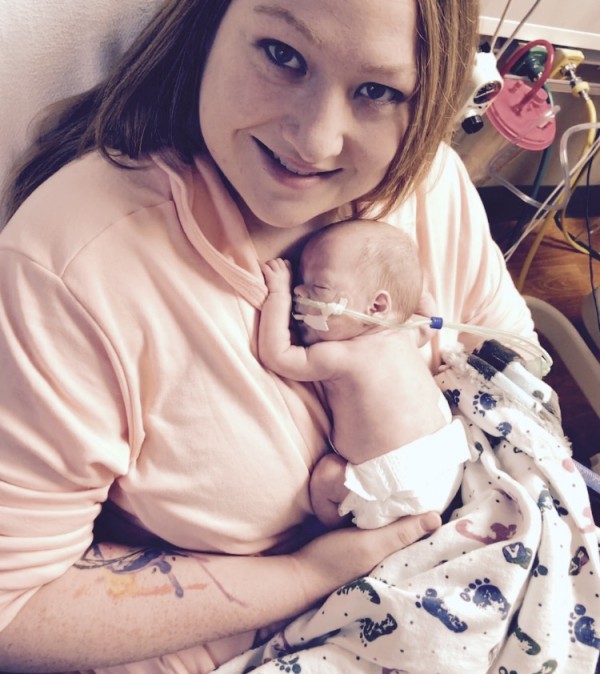 And after 86 days, it happened. He was released from the hospital at 5 pounds .4 ounces. He came home with oxygen and a pulse oximeter machine to measure his blood saturation and guide us to how much oxygen he needed. But he was home. Our family was finally together- as it was always meant to be. 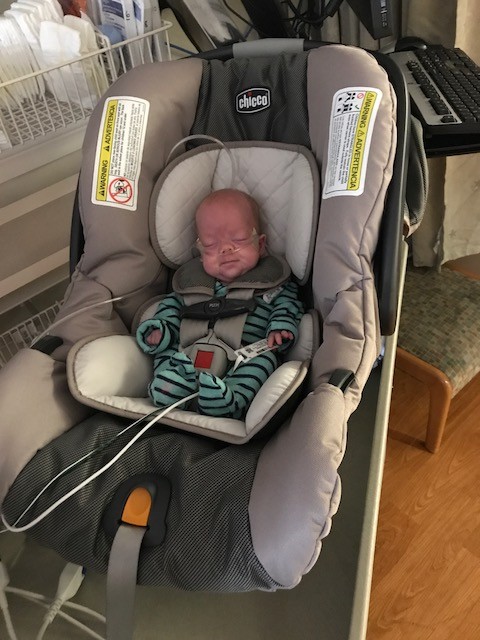 Jackson has been home since August 16th, 2017. He is now 12 pounds 9 ounces and is growing like a weed. He is the light of our lives, and our rainbow after the storm. 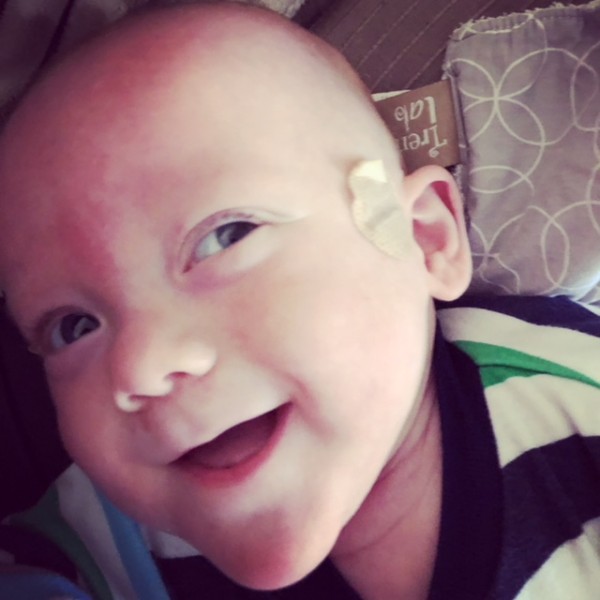